The Tarantino effect: Once upon a time in a land of sequels 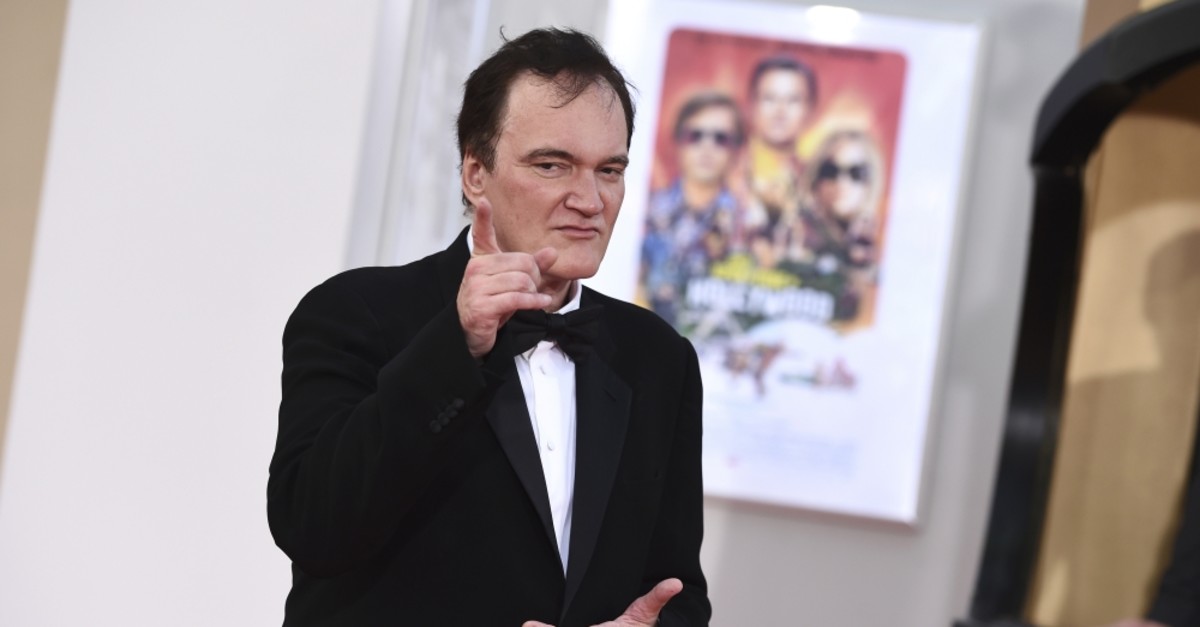 Quentin Tarantino's new film is a love letter to Hollywood — and an important test of whether the under-pressure industry can still make hits that aren't tried-and-tested superhero franchises or nostalgic reboots, analysts say.

"Once Upon a Time in Hollywood" is set in 1969 as Tinseltown pivoted from an era of clean-cut matinee idols to the shaggy-haired counter-culture of Roman Polanski, Dennis Hopper and more troublingly Charles Manson's clique of murderous hippies.

Its world of idealistic auteurs, loyal stunt doubles and Spaghetti Westerns has already tugged at the heartstrings of cinephiles and film critics, earning rave reviews.

But when it opens at movie theaters Friday, it will land midway through a year that is far from a Hollywood fairy tale.

Domestic movie box offices are down more than seven percent from 2018, according to Comscore, something remarkable in a year that has seen superhero blockbuster "Avengers: Endgame" become the highest-grossing film of all time.

Strip out parent company Disney's other lucrative, long-established franchises with "Toy Story 4," "Aladdin" and "The Lion King," the Mouse House accounts for over 40 percent of this year's box office - and 2019 looks bleak for original movies.

With TV and web streaming also muscling in on its profits, Hollywood is watching closely to see if the "Tarantino effect" can help buck this trend in which only established mega-franchises succeed.

The stakes are high because Tarantino is viewed as something of a dying breed in Hollywood a distinctive director creating original films that people flock to see.

If Tarantino cannot succeed, it bodes poorly for the summer's few other original movies such as critically acclaimed family drama "The Farewell," said Paul Dergarabedian, senior analyst at Comscore.

"He's one of maybe five directors of all time that people on the street know his name automatically - it's Alfred Hitchcock, Steven Spielberg, Francis Ford Coppola... people not in the industry know Tarantino," he added.

Tarantino has also been able to lure the industry's top talent: Leonardo DiCaprio reportedly took a pay cut to work again with the director after collaborating on "Django Unchained."

"As an audience, no matter what they think of the movie, they know they're in for an incredibly unique experience," DiCaprio said at Monday's glitzy premiere in Hollywood's iconic TCL Chinese Theater.

"And that's why people keep coming back," he told journalists.

How many will come this time remains to be seen. But while "One Upon a Time" won't touch last week's whopping $190 million "Lion King" opening, analysts say a healthy $30 million is realistic.

Even if he can buck the current "blockbuster or bust" trend, any boost Tarantino can offer Hollywood is likely to be short-lived.

The "Pulp Fiction" director says he will retire from directing after his 10th movie. "Once Upon a Time" is number nine.

Rumors he could sneak in an R-rated new "Star Trek" movie before he calls it quits have stirred hope among devotees.

But if even Tarantino switches to franchise filmmaking, it could be a seminal moment in Hollywood's direction of travel.

For now, Hollywood is just happy to see him making waves.

"It's getting harder and harder to get original content to a big cinema," said Brad Pitt, the film's other marquee star, at Monday's premiere.

"Thank god Tarantino's got one more left in him," he added.