Korean veterans roll up sleeves to help Syrians in film 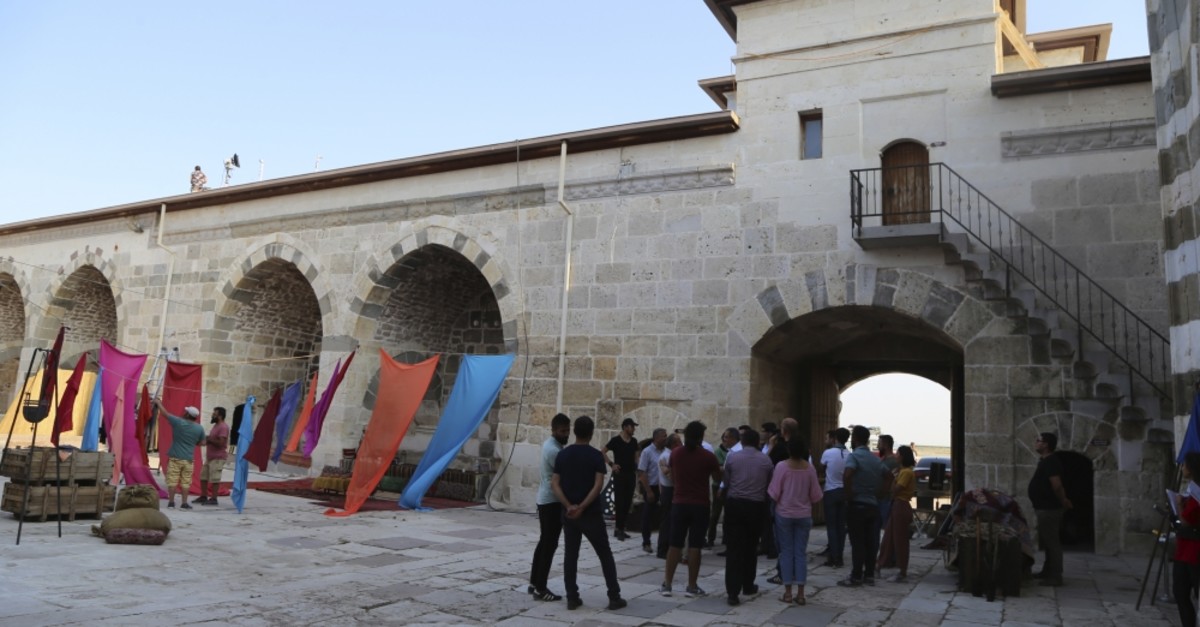 The movie "İhtiyarlar Taburu" ("Battalion of Elders"), about the story of five veterans who cannot turn a blind eye to the civil war in Syria after recalling the courageous fight they fought during the Korean War, is being shot in Konya province.

The movie, which received the first feature movie production support among hundreds of projects from the General Directorate of Cinema of the Culture and Tourism Ministry, will be released in 2020 with all filming taking place in Konya.

Speaking to Anadolu Agency (AA), Sezgin noted that the movie tells the story of the veterans' journey to Syria, which has been immersed in civil war for years with many people losing their lives, in order to address the longing for their days in Korea.

Sezgin, who expressed that they were looking forward to the day when the movie will be released, added: "Our veterans are on their way to the depths of history and mysticism in Anatolia, a layer in their journey to Syria. Instead of the mainstream movie trend, we expressed the visual richness of Anatolia. Our team consists of friends who know Anatolian geography, and we are happy to be here. There are more than 80 people on the set. Our brothers from the Yeşilçam era and elders are accompanying us. This is a joint work of the General Directorate of Cinema and many nongovernmental organizations in Konya. Our biggest dream is to adapt the Anatolian perspective to cinema. We will hopefully succeed."

Lead actor Turgay Tanülkü said the film describes the suffering and loneliness experienced by Korean veterans after returning to their homeland.

Noting that the story will attract great interest, Tanülkü added:

"I play Captain Haşim in the movie. Captain Haşim returns to his homeland as a veteran. I thought I could play the role when I was asked. Thanks to the support of the director and other friends, we are trying to do our best for the roles. This is a good script, the locations are lively and these are living phenomena. The movie is a road story; a journey to hope. It is about the story of five old heroes who wonder, 'Can we become a cure for them?'"