'Late Night': Packed with stereotypes while trying to avoid them 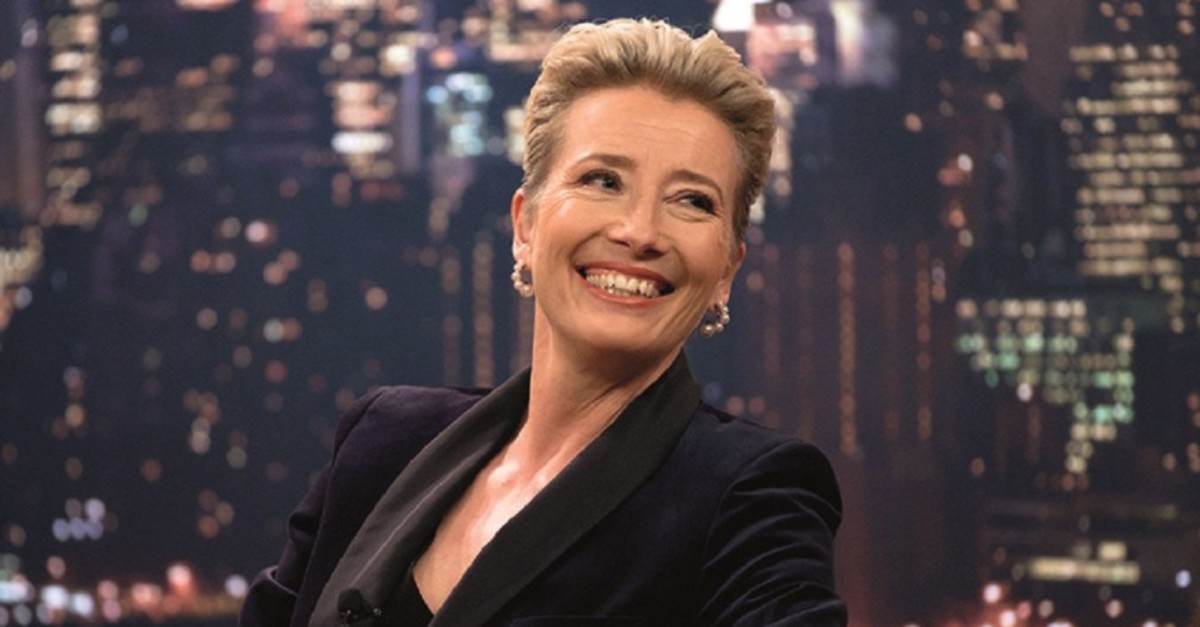 The lack of women in the field of comedy has been on the agenda lately. The situation is acute in both Turkey and around the world and is aggravated even more when TV broadcasting is at stake. Set to be released in Turkish cinemas on Aug. 16, the film "Late Night" touches a raw nerve, centering around a female comedian agonizing in the fading fame of her program.

Acted by Emma Thompson, Katherine Newbury is a strong, famous and stern woman who has been making a late night comedy talk show, "Tonight with Katherine Newbury," which is fading after 30 years without break, as Katherine cannot keep pace with the new trends in the field, cannot touch people with her old-school attitude and cannot define exactly what the problem is. She is so elite, snobbish and arrogant that she faces difficulty understanding and accepting the failure after her boss strictly warns her that the program's days are numbered due to decreasing ratings. Another fact she has to face is that she is considered an enemy of women as her writing team consists solely of men, and only white men at that.

In the middle of the dire situation, an enthusiastic, energetic and warmhearted Indian girl shows up to apply for a position on the writing team. Working on a chemistry plant, Molly, acted by Mindy Kaling, does not have any experience and has to fit into a stagnant, unproductive and impenetrable all-men team on top of her struggle with Katherine. Molly is only accepted as a diversity hire, just to clean up Katherine's notoriety, but she won't stay quiet and completes her 13-week job by changing Katherine and everyone on the team in a whirlwind of special interest in comedy talks, witty jokes and peaceful attitude.

The story immediately mirrors another famous film, "The Devil Wears Prada," starring Meryl Streep and Anne Hathaway. A sophomore intern changes the surroundings of an office, the boss and the overall attitude like a fairy tale. Entertaining to watch but nowhere near persuasive.

Similarly, in "Late Night" the newcomer Molly creates a space for herself, changes the perspectives of fellow workers in the office and most importantly transforms the most stern, relentless and cold woman on earth, Katherine Newbury. She triggers a multicultural and female-friendly workplace in one of the most male-dominated areas in TV broadcasting, while the comedy goddess Katherine is even like a tomboy with her manners, haircut, outlook and approach. The impression is that only a masculine female can be so stern and rude as these are male characteristics and women have to be softer, more compatible and joyful. Men can be softer, woman can be harder, and these are not bound to your chromosome line up. Paralleling the style of the famous Ellen DeGeneres, the presentation of a masculine female is not appropriate here as a femme fatale can also be firm and impenetrable. I appreciate Mindy Kaling, who also wrote the script, in that she wants to show an alternative way to put things in order, but she proves naive in her understanding of challenging faulty stereotypes by creating new parallels to it.

Apart from the misconception of presenting "female stereotypes," the matter of ethnic diversity is also processed erroneously and biased. At the end of the film, we see that the writing team has completely changed and most of the writers are now black or colored. It overly emphasizes diversity hiring, which Molly finds humiliating when she was exposed to it. It is both incoherent, creating an adverse effect, and obvious.

Directed, written and acted by women, the film could have managed a more effective and coherent narrative if it had not over emphasized sensitive points, misconducted gender presentations and displayed the story line like a fairy tale. All these elements considerably undermined the good intentions behind the script.

Very predictable from the start to the end, the film flows easily and is enjoyable to watch, especially when the amazingly strong acting skills of Emma Thompson are considered. You can never get enough of her charisma, excellent role playing and rare but cunning smiles. I can comfortably say that hers is one of the best acting performances of the year; however, overall, the portrayal of women and the presentation of the diversity issue lacks political correctness, diminishing the effect it could have easily created.