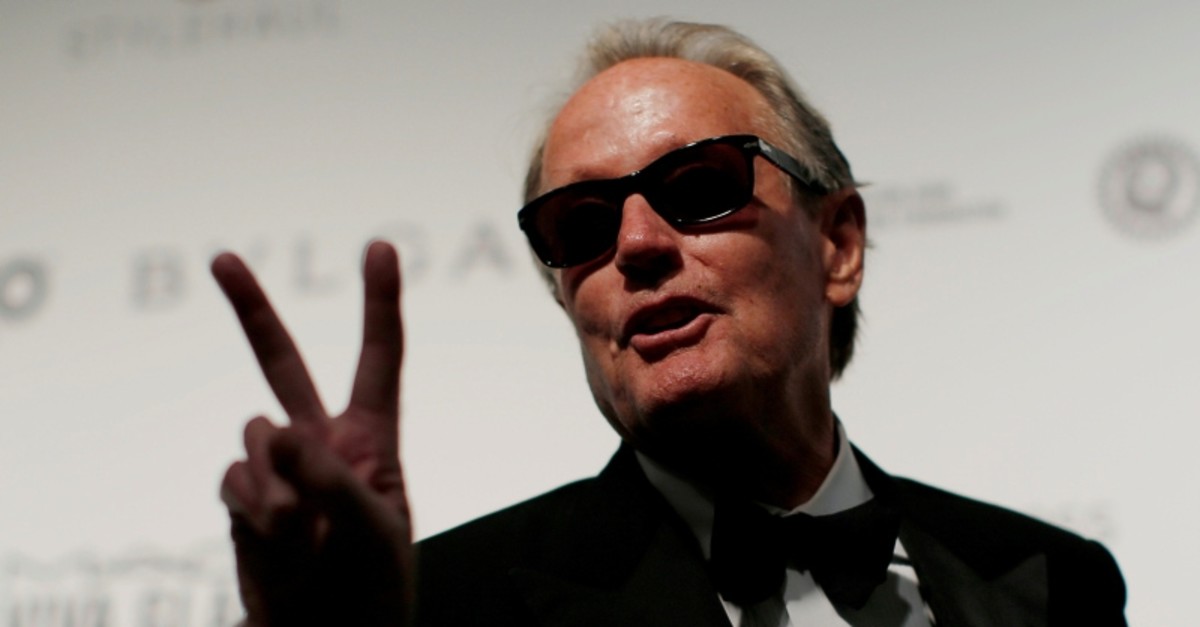 Fonda was the son of famed Hollywood actor Henry, and the brother of activist and actress Jane, who described him as "my sweet-hearted baby brother" in a statement sent to AFP.

"I am very sad ... I have had beautiful alone time with him these last days. He went out laughing," she said.

Fonda co-wrote and produced 1969's "Easy Rider," in which he appeared alongside its director Dennis Hopper and a young Jack Nicholson.

The wildly successful film about two bikers traveling through the great outdoors of the American Southwest in a quest for freedom became an anti-establishment cult classic.

It earned Fonda an Academy Award nomination for Best Original Screenplay, and is credited with ushering in an era of counterculture, independent filmmaking.

"EASY RIDER depicted the rise of hippie culture, condemned the establishment and celebrated freedom. Peter Fonda embodied those values and instilled them in a generation," wrote "Goodfellas" actress Illeana Douglas on Twitter.

The image of Fonda with his legs stretched out on his Harley-Davidson chopper painted in the colors of the American flag became emblematic of the era -- one of two bikes used in the film sold at auction for $1.35 million in 2014.

Fonda would play anti-hero biker roles many times in his career.

He enjoyed a renaissance almost three decades later when he was nominated for the best actor Oscar for "Ulee's Gold" (1997), but lost out to Nicholson.

Fonda began his career as a stage actor on Broadway in his native New York.

He was also a keen environmentalist, co-producing the 2012 film "The Big Fix" which centered on the explosion of the BP oil rig Deepwater Horizon, the ensuing spill and its consequences.

He had been planning a 50th-anniversary screening and concert of "Easy Rider" in New York next month, to be shown in sync with live performances of the famed soundtrack including "Born to be Wild" and "Ballad of Easy Rider."

He died peacefully due to respiratory failure while surrounded by his relatives, they said in a separate statement.

"While we mourn the loss of this sweet and gracious man, we also wish for all to celebrate his indomitable spirit and love of life," they said.

"In honor of Peter, please raise a glass to freedom."