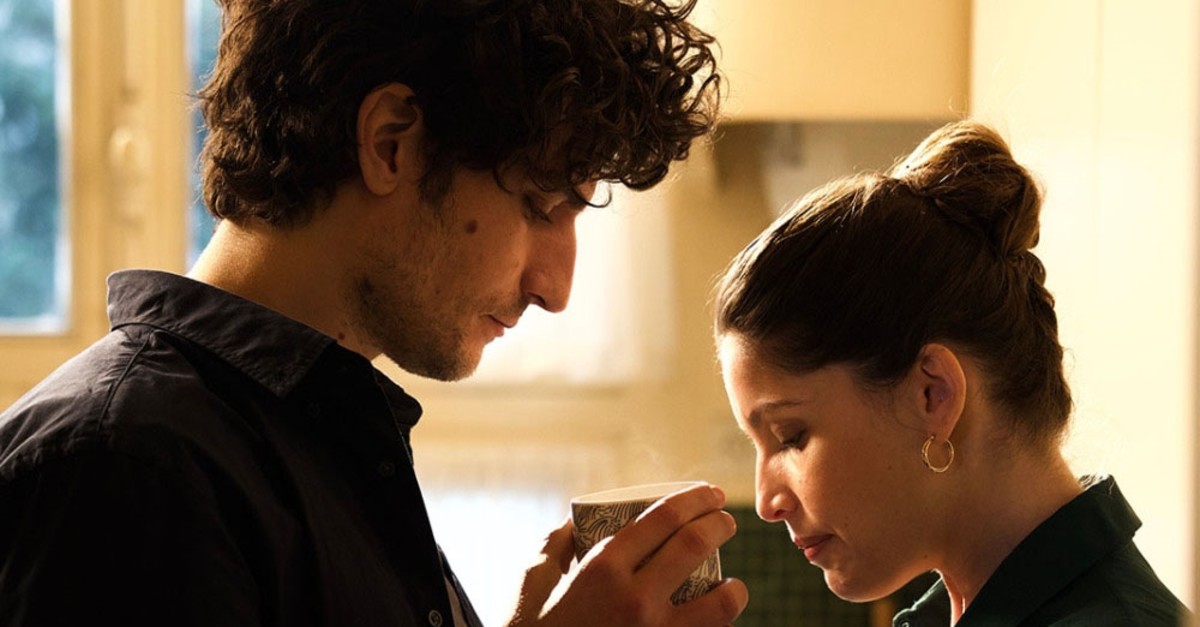 The latest film directed by celebrated French actor Louis Garrel, who successfully played the role of Jean-Luc Godard in "Le Redoutable," "L'homme fidele" ("A Faithful Man") is one of the productions that hit the silver screen in Turkey this week. Garrel was a guest of the Cannes Film Festival with his first feature film, the 2015 production "Les deux amis" ("Two Friends") and salutes spectators with a different kind of love triangle in his second feature. Premiered at the Toronto Film Festival, this second feature then attended many festivals such as the New York Film Festival, and won the Jury Prize at the San Sebastian International Film Festival.

Meeting its spectators for only 75 minutes, the production does not waste time establishing a premise. In the quick opening scene, Abel, played by director Garrel himself, talks to his girlfriend Marianne, played by Laetitia Casta. Seeming like an ordinary conversation from their behavior, the talk is actually about Marianne's getting pregnant by Abel's friend Paul. Marianne tells Paul she will marry him as soon as possible in a relatively comfortable way. The most surprising part is that Abel barely reacts.

Following this breakup, we see that Abel continues his life as a journalist but his voice-overs reveal that he has never forgotten Marianne. Then some eight years pass in a few minutes. The scene opens with a funeral this time, revealing that Paul is dead now. At the funeral, spectators witness a lack of reaction one more time after Abel is seen standing idly by. It is like nobody is sad for the dead. While Abel thinks about taking Marianne back during the funeral, Paul's sister Eve, played by Lily-Rose Depp, starts to fantasize about Abel.

Soon after the funeral events begin unfolding. First, Abel moves to Marianne's apartment, where they were together eight years ago. However, Marianne is not alone this time and one more person welcomes him in flat: Paul and Marianne's son, Joseph. Throughout the story, we see that Abel and Joseph have small chats from time to time. In most of their dialogues, Joseph tries to make Abel believe that his mother has killed his father by poison. Even if it seems that Joseph is here to reflect how a small child feels about the new relationships of his mother after his father's death, he brings another important question up in the story. Is he Paul's son? When Abel asks this question to Marianne, she admits that she has had no clear clue whether Joseph was Paul's or his son and tossed a coin to choose whom she would marry and have the child with. What made my jaw drop in the movie is that Abel, as a manipulated man in many ways, does not react, even on this matter.

After this the love issue takes over the movie, and Eve steps in to fight Marianne to get Abel from her. She explicitly threatens Marianne to get her out of her way. It is worth mentioning here that the best thing in the movie is the changing point of views. Although the quickness and apathy in the movie may confuse spectators, the changing perspectives add a unique dimension to the production. While the love triangle begins to become clear, the perspective changes intermittently from Abel to Eve, and we understand her cute but creepy crush on him. When she was young, she chased him and took his photos. But now she is a grown woman determined to get what she wants.

Then, the perspective changes one more time, and we see the events through the eyes of Marianne. After Eve's menace, she has to decide what to do. Even if it is an unusual decision, Marianne does not fight Eve for Abel and takes a witty step. She encourages Abel to be with Eve because she knows that Eve's desire for him will go away soon. She is the femme fatale but Eve plays the young, beautiful and inexperienced lady. I was not surprised by Marianne's decision as it is what a woman with a great deal of experience would do.

After Marianne lets Abel go, he moves into Eve's flat. Everything seems fine at the beginning. However, Abel becomes an ordinary man for Eve as time passes like Marianne has predicted. She had a crush on him but he is with her now and becomes like everybody else. In the end, Marianne gets what she wants; which is to say that Abel runs to her.

I should admit that the story of the movie, written by Garrel together with Jean-Claude Carriere, is very intriguing in terms of its romanticism. I think, however, the director made the story contradictory in some angles while trying to present it in a low-key way. For example, he leaves many unsatisfying question marks in the viewers' minds. Confused by the lack of emotion in the movie, spectators will probably think many things like why Abel didn't react to Marianne's cheating, why he didn't want to be sure whether Joseph is his son or how Paul died. Therefore, be ready to get lost among similar questions while witnessing this romantic muddled fantasy among adults.