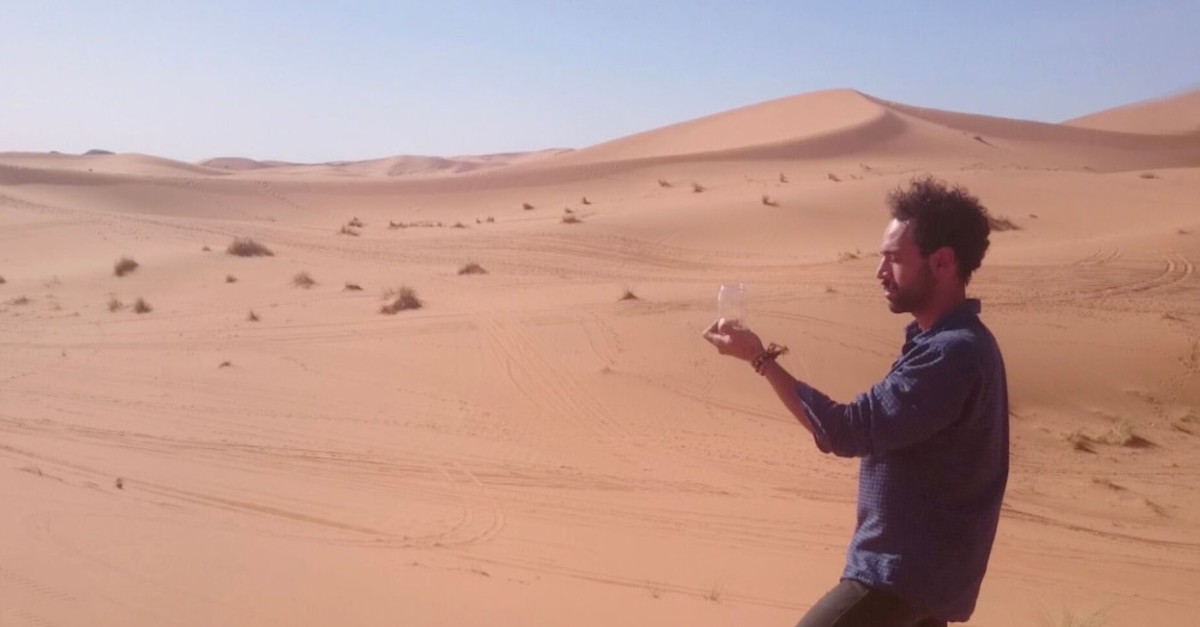 This autumn, visitors to the 16th Istanbul Art Biennial can escape the crowded city and visit Beykoz district at the northern end of the Bosporus on the Anatolian side, located approximately one hour away by car. Known as the "pearl of the Bosporus" Beykoz attracts visitors with its stunning natural landscape, including streams, recreation spots, large forests and sea sides. Beykoz became a favorite place for the elite class of Ottomans including sultans and statesmen who built many hunting lodges and country houses in this region.

Beykoz Kundura was established in the early 1800s as a leather factory and redeveloped into a shoe factory in 1933. It has played a crucial role in the industrialization programs of both the Ottoman Empire and the Republic of Turkey, and with over 200 years of uninterrupted industrial production, has come to represent a unique example of Turkey's industrial and cultural heritage.

The former Sümerbank factory, now Beykoz Kundura, used to have its own cinema, holding screenings as a cultural event for the community and workers. The food hall was transformed into a cinema during the wintertime, whilst in summer open-air screenings were hosted. Now, The Boiler Room, which formed the heart of the factory complex, has been restored for the Kundura Cinema project to serve as one of the newest, and yet most historic, cultural platforms in Istanbul. In Turkey, Kundura Cinema is the first example of an industrial cultural site that has been turned into a cinema space.

Running parallel to the 16th Istanbul Biennial of the Istanbul Foundation for Culture and Arts (İKSV), Kundura Cinema will feature a special selection of thematic screenings as part of the program "As Real Becomes Surreal" from Sept. 14 to Nov. 9. Curated by Pia Chakraverti-Wuerthwein and S. Buse Yıldırım, four short films and one feature film have been selected for their resonance with the biennial theme "The Seventh Continent," centered around the relationship and impact of human activities on the planet.

S. Buse Yıldırım, the managing artistic director at Beykoz Kundura, and Pia Chakraverti-Wuerthwein, curatorial adviser of Kundura Cinema commented, "In the face of climate degradation that would have seemed impossible, absurd, or surreal if seen from the past, there is a need for mythology or irrational explanations for the inexplicable. In our program 'As Real Becomes Surreal,' we explore the practices of artists who have turned to myth and fantasy as a means of addressing the contemporary world. Addressing topics ranging from urban decay to the relationship of humanity and its surroundings, many of the artists draw on their own biographies and bodies, and throughout the works the natural environment is personified, demanding space and agency upon the screen."

Yıldırım is an emerging cultural entrepreneur and filmmaker based in Istanbul, who has played a key role in developing the artistic and cultural identity of Beykoz Kundura. She is responsible for the artistic management of Kundura Stage and Cinema. Inspired by the rich history of the industrial site, she also initiated the Oral History and Visual Archive project Kundura Memory. Buse continues to develop her own audio-visual projects whilst also supporting other artists' practice through Lita, a production house that she founded. She is also currently completing a Master's degree in visual and media anthropology at Freie Universität in Berlin.

In the "As Real Becomes Surreal" autumn program, four short films will be screened from 1:30 p.m. to 3:30 p.m. each Saturday between Sept. 14 and Nov. 9. Following the short films, a feature film screening will take place between 5 p.m. and 6:30 p.m.

Films in the autumn spirit

SU Ming-yen's short film "Flow" meets the audience for 28 minutes. In one rainy afternoon, the sound of a vendor calling out "Fix your screen windows, screen doors… Install new glass!" summons forth a daydream.

Directed by Natalie Cubides-Brady, "Beyond the North Winds: A Post Nuclear Reverie" is a hybrid documentary. On the northern coast of Scotland, Dounreay is a nuclear research site built at the end of the 1950s and whose reactors have been gradually shut down. Following in the footsteps of Walter Glass, a fictional researcher who disappeared during his investigation into the decommissioning of the site, the film explores the inhospitable landscape of this coast and offers a reflection on the links between myth, technology and scenery. It focuses on what has disappeared – the researcher, a cottage that mysteriously went up in flames – to talk about what will remain of us, be it the ruins of a Neolithic shelter, abandoned nuclear infrastructures, or stories, myths and legends, transmitted from generation to generation. Thus, by looking towards the past inscribed in the landscape itself, the film wonders about our mark on the world. What will remain of the Anthropocene era? Natalie Cubides-Brady seizes this question and creates an astonishing film from it, in which time and landscape, fiction and reality are intertwined, in a subtle interplay of symmetries and transformations.

Barbara Marcel's essay film "The Open Forest" is a composition of found and produced images from the Amazon Forest – a landscape of imperialist and developmentalist imaginations. By conceiving landscape as a cultural medium that not only symbolizes power relations but is also an instrument and agent of power itself, the video reflects on stories of accessing, framing and consuming the forest, as well as its complex entanglements involving human technologies and natural resources. The film was made after an artist residency in the Adolpho Ducke Reserve of the National Research Institute of Amazonia (INPA), one of the most important spaces for scientific research in the Brazilian Amazon. Narrated with her own voice, Marcel's encounters in the forest echo the attempt to demystify a colonized imaginary and its haunting consequences. By mobilizing local and global knowledge, the work decodes expectations, shifting scales in search of erased legacies. Beneath its essayistic form, the video traces a trajectory from the Sahara to the Amazon, from greenhouse effects and their architectures to the origins of European biological expansion in the tropics of the New World and from the rubber trade navigation lines to the shaky brega pop music in the streets of Manaus, a tax haven close to the forest built during the Brazilian dictatorship. In a processual assemblage made by of multiple perspectives, it's investigated how and with whom we can enter, see and know the Amazon forest, its interconnected beings and its histories of resistance.

'And What is the Summer Saying'

Directed by Payal Kapadia, the Indian production is 24 minutes. It is a mystical film poem about Kondwall village, its inhabitants and the surrounding flora and fauna. Here in the Indian district of Maharashtra, the camera roams through the jungle and in and among the houses, searching for intimate stories and secrets. A young man goes out hunting for honey in the forest, the way his father taught him. We hear the story of the time a tiger appeared in the village. Wood fires illuminate humble interiors in moonlit color shots, while day-lit scenes appear in glorious black and white. Majestic tree crowns rustle in the wind, a plume of smoke rises from the landscape. In the background, we hear barking dogs and lowing cattle, as villagers whisper about their lost loves. This mysterious and dreamlike film reveals the young director Payal Kapadia to be a highly talented filmmaker. "And What Is the Summer Saying" is a pure cinematic experience that's brimming with scenes that deserve to be seen on the big screen. 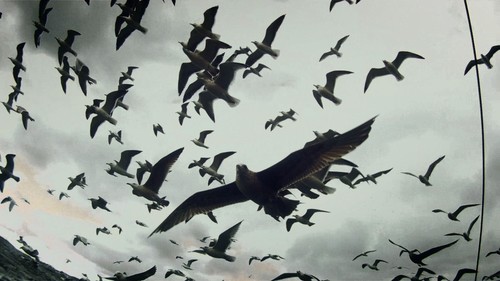 The film by Lucien Castaing-Taylor and Verena Paravel captures the collaborative clash of man, nature and machine. It is a cosmic portrait of one of mankind's oldest endeavors.