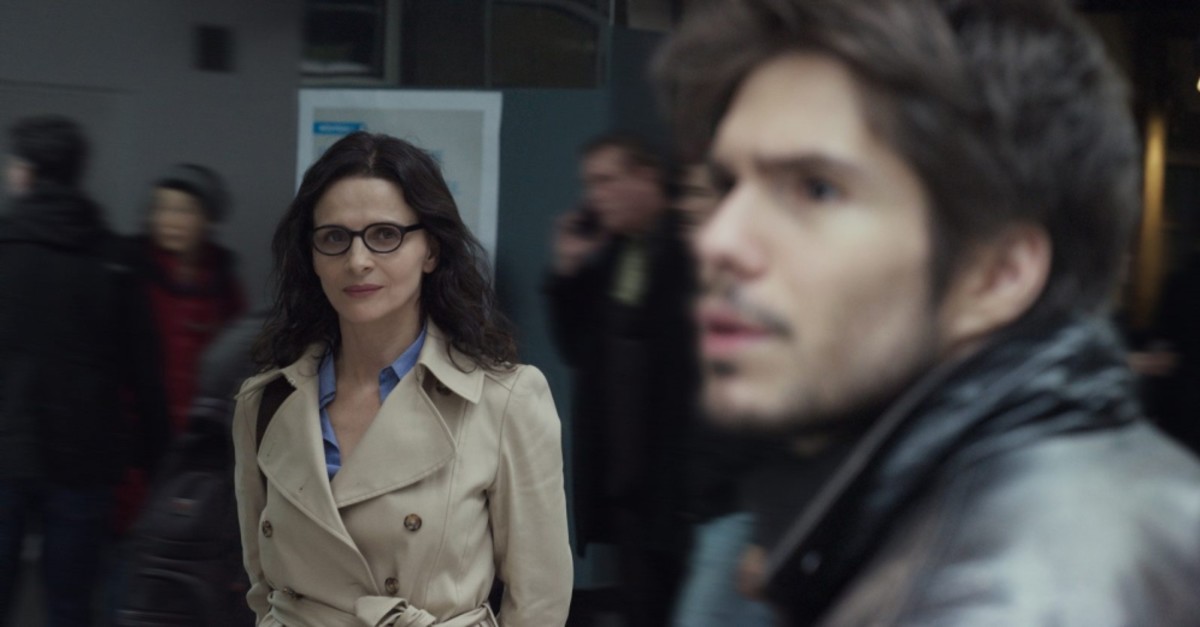 Social media facilitates the sharing of ideas and information through the building of profiles and communities today. We spend copious amounts of time on Instagram, Twitter and other sites, sharing photos from our lives or posts detailing our thoughts. This week's new movie "Celle Que Vous Croyez" ("Who You Think I Am"), directed by Safy Nebbou, is a production focusing on what social media can do to our lives through the story of a woman's life.

Claire, played by Juliette Binoche, is a 50-year-old university professor widowed with two sons. She is introduced to the audience while talking to a psychologist in a clinic. She seems relatively nervous as she has to tell her story again to this new psychologist — the previous one has cerebral bleeding. This is how we start to understand what hit this lady.

She first mentions her crush on Ludo, played by Guillaume Gouix. They are intimate, but Ludo does not seem to like spending time with her. On top of that, he once humiliated her by saying he could practically be her son's friend in age.

But Claire still develops a kind of obsession for the guy. One day, she calls him on the phone, but Ludo's roommate, Alex, played by François Civil, answers. Soon after, Claire gets curious about Alex as it is clear that Ludo likes hanging out with him. With jealousy in the air, she steps into the world of social media. She initially just looks at Alex's photos on Facebook

mostly artistic photos as he is a photographer.

However, the course of the events changes when an urge to open a fake account on Facebook takes over. She creates an account for a 24-year-old named Clara Antunes with photos of a young, beautiful lady. Everything goes sideways when Alex accepts the friend request, and Claire's obsession shifts from Ludo to him.

Their chats, which begin about Alex's photos, continue every day and turn into a relationship. The more they talk, the more the two influence each other. Claire is drawn into a romance through her virtual alter ego, which becomes more important every day. She chooses every word carefully to avoid spoiling the magic between them. The situation for Alex is not so different. For example, he is excited when he hears Claire's voice on the phone for the first time.

Claire manages to delay their face-to-face meeting as Alex has to stay abroad for two months. They keep in touch in this period, and both are drunk with love. In this fake world, Claire loses herself enough to feel as if she is really 24. You can feel that she gets butterflies in her stomach. She even begins ignoring her maternal duties. Is she Claire or Clara? BINOCHE BACK WITH GREAT ACTING At this point, I want to talk about Binoche's unique acting. Although the story has a multi-narrative and multilayered plot, it essentially focuses on one main character. I think it is vital to choose the right actress to reflect this role. Binoche makes us feel how this abandoned woman suffers and becomes a victim of sleeplessness and sadness. She is a great actress with supreme talent.

Back to the story, Claire's life gets complicated when Alex returns to town, and she cannot continue avoiding him any longer when insists on meeting. When she understands there is no way out this time, she tells more lies to him, and they break up. Following their breakup, Ludo visits Claire at the university and says that Alex committed suicide after breaking up with a girl he met on Facebook. Our lady, who thinks that she has caused Alex's death, cannot live with this burden. Then, we learn via the psychologist that Ludo actually understood the girl on Alex's Facebook is Claire from one of her voice messages. He creepily has not told this to Alex and also could not accept that she chose him. To hurt her, he lies about the death of Alex. Claire believes Alex is not in this world anymore, while he actually goes on to marry and have a child.

I apologize for providing the details of the movie. I do not want to give spoilers, but one of the distinct features of the production is its creepy and eerie plot. After we learn that Ludo has told this lie, I could not decide which was creepier: fooling someone with a fake social media account or trying to hurt someone with somebody else's death?

All in all, Claire creates a fake world where she will be happy thanks to her alter ego and gets lost in it because of her sadness in real life. And Alex is wasted in this sick relationship. There are some extra parts you will find interesting in the story; however, I do not want to spoil your excitement with more spoilers. You will find out yourself when you see it. All you need to know is that you will witness a story about obsession triggered by social media. The film both made me think about the harm of social media when it is misused and also understand what a middle-aged, abandoned woman feels when she is attached to someone new.

Before finishing, I should also add that another magnificent element in the movie is the wide-angle and closeup footage. While you will be astonished by Binoche's performance, the footage accompanying the actress helps reflect the intense feelings while also adding another dimension.