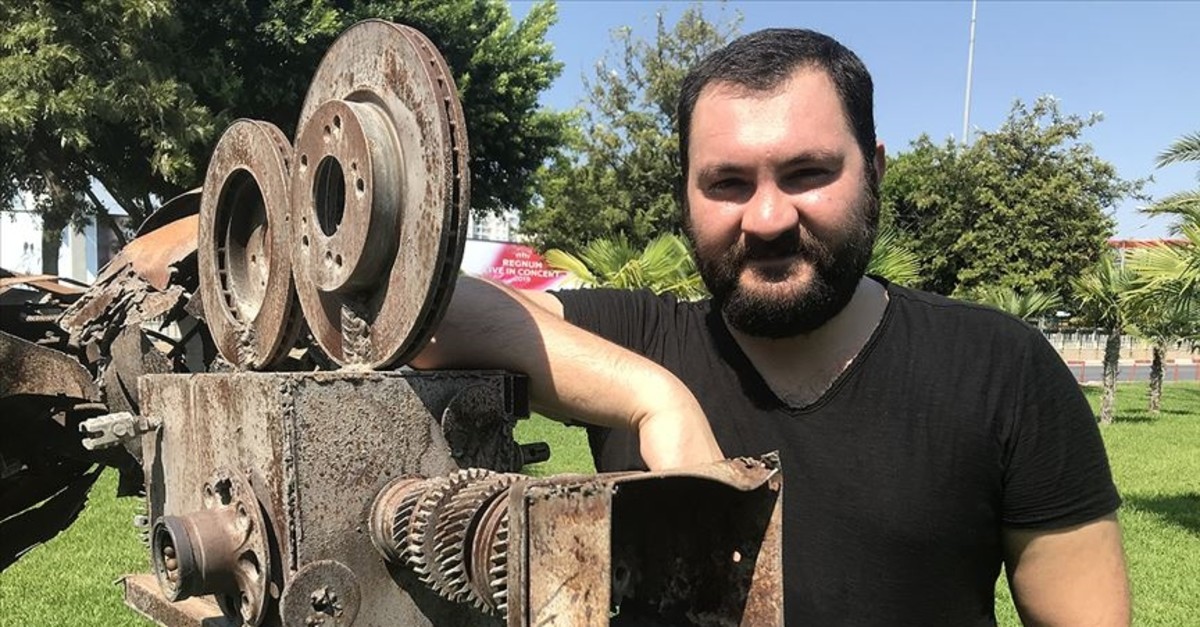 The award of a Turkish director whose real-life story-based short movie received the best cinematography award at the Los Angeles International Short Film Festival in the United States, will be sent by cargo, as the director was unable to cover travel expenses to Los Angeles.

Filmmaker Cevahir Çokbilir won the "Best Cinematography Award" with his short movie "Snowfall Time," which revolves around the real-life story of his mother -who is also the lead actor- during the 1980 military coup in Turkey. His film competed among more than 5,000 movies.

Çokbilir explained that he was unable to cover the travel expenses as his and his mother's flight tickets cost almost half of the short movie's budget, making him unable to attend the ceremony held at Raleigh Studios in Hollywood on Aug. 29.

Saying that his dream was to receive the award at Hollywood, Çokbilir noted that it may come true with another movie.

His 51-year-old mother Naciye Çokbilir, who is also the lead actor in the short movie said that they put a lot of effort into the film during the two winter seasons and now are waiting for the award.

The movie revolves around what Naciye Çokbilir had lived through the day of Sept. 12, 1980, military coup d'etat where Chief of the General Staff Kenan Evren toppled the coalition government of Süleyman Demirel and dismissed the Turkish Grand National Assembly (TBMM).

During the movie, Hatice tries to survive all by herself in her village under hard winter conditions, as her husband Süleyman and son Mustafa flee the house. Remaining with her sick daughter Özlem, Hatice waits for her husband and son to return with her other daughter Elif who was sent by her mother to a neighboring village with their surviving chickens during a plague among the animals.