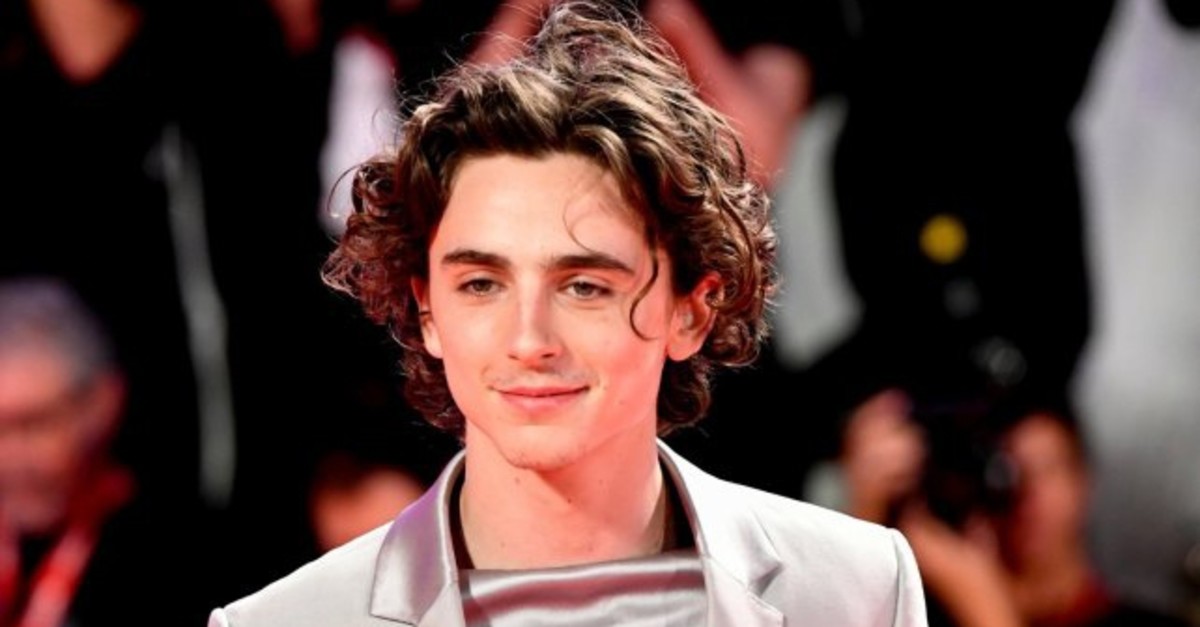 In ,The King, Timothee Chalamet plays a young Henry V who reluctantly becomes King of England after his father dies.
by Associated Press Sep 05, 2019 12:47 am

Timothee Chalamet made a movie star's debut at the 76th Venice International Film Festival this week for his Henry V film "The King," wearing a bold silver suit and silky blouse from French-Colombian designer Haider Ackermann for his walk down the red carpet.

The 23-year-old Oscar nominee says his fashion choices are just a fun part of it. He says male actors in the past might have felt pressure to avoid using wardrobe as self-expression.

"It's just a fun part of it," Chalamet said Tuesday after the premiere. "It feels like there's no allowance for it as self-expression. Male actors in years past felt a certain pressure to not, but I just think it's a lot of fun."

"The King" director and co-writer David Michod told his star that he was in awe of Chalamet's embrace of the unconventional.

"While you were probably putting that thing on, I was up in my hotel room complaining to my girlfriend about having to put on a suit. And I'm just causing myself to suffer," Michod said. "Why not have fun?"In the film, partially inspired by several Shakespeare plays, Chalamet plays a young Henry V who reluctantly becomes King of England after his father dies.

It was the first part he took following his Oscar nomination for "Call Me By Your Name" and is just a portion of his busy fall. He's also playing Laurie in Greta Gerwig's adaptation of "Little Women," which is due in theaters this Christmas. Chalamet said he hadn't seen the film yet, just little bits during additional dialogue recording (ADR) sessions.

The young star has caused a commotion nearly everywhere he's turned up, with hordes of fans swarming him for autographs and photos

— from the red carpet to even press conferences. Chalamet obliged where possible.

Michod, looking on, disagreed slightly just based on his own observations of how the crowds have been reacting in Venice.

"When we were in pre-production a year ago there'd be nights when we were just roaming down the streets in Soho," Michod said. "I get the impression that your life is very different now than it was just a year ago."

Chalamet just laughed and looked down in response, then launched into a memory about seeing the six-hour Matthew Lopez play "The Inheritance" in London.

As a lifelong movie obsessive, Chalamet is just happy to be at the festival for the first time

"To be in Venice and to premiere at this film festival felt like a really unique experience and something I'm really grateful for," Chalamet said. "When I see people there, it makes me hopeful for movies and moviemaking."

"The King" debuts in theaters on Oct. 11 before hitting Netflix on Nov. 1.