Independent film festival to screen selections from cult to classic 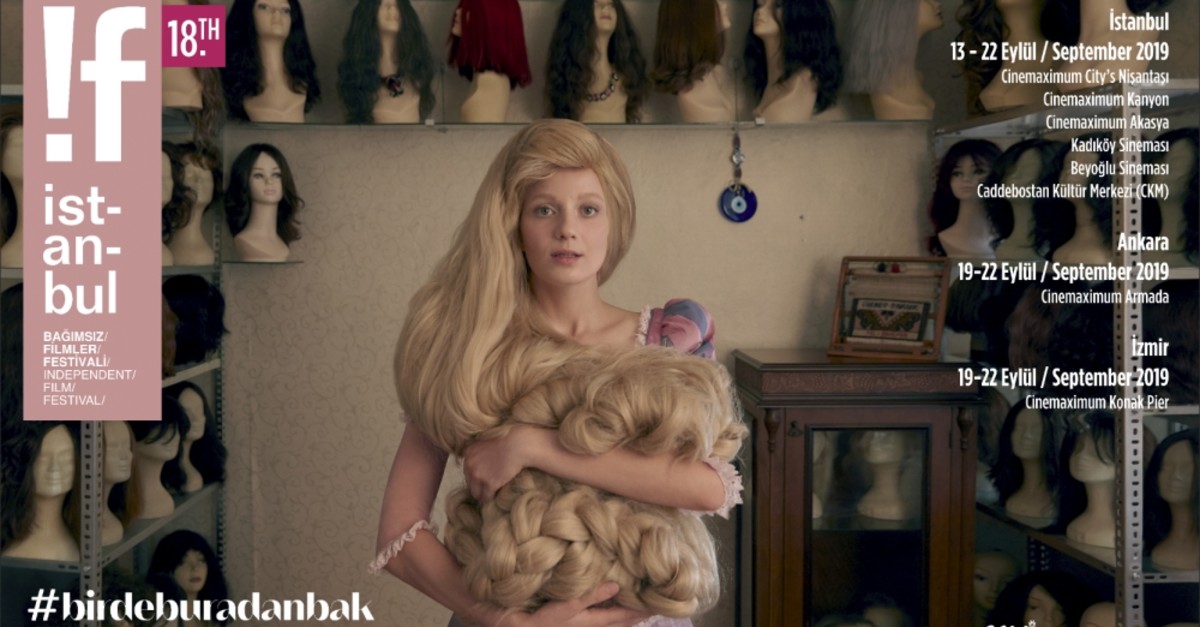 The festival brings special selections with spectators in Istanbul, Ankara and u0130zmir.
by Daily Sabah Sep 19, 2019 12:07 am

The !f Independent Film Festival will stir up the city with its vast array of selections divided into programs such as !f Galas, !f Legends and !f Cult, screening the latest films of renowned directors to Turkish classics to beloved cult movies

The !f Istanbul Independent Film Festival, which has been uniting film lovers for 18 years, is back in Istanbul and will run until Sept. 22, while the festival will meet movie buffs in İzmir and Ankara from Sept. 19-22.

!f Galas will showcase movies that made waves at international festivals around the world for audiences in Turkey. Ten selections will be screened at !f Galas including, "About Endlessness," "The Souvenir," "The Dead Don't Die," "Too Late to Die Young" and "I Lost My Body."

Spectators have the chance to watch Roy Andersson's latest movie, "About Endlessness," which he shot after "Living Trilogy," completed in 14 years. They will feel the destructive effects of a complicated love story in the 1980s with "The Souvenir," which returned from the Sundance 2019 World Cinema Dramatic Prize.

Directed by Jim Jarmusch, "The Dead Don't Die" reveals what townsmen attacked by zombies do to survive. Audiences will witness the survival struggle of a group of people who escape from a situation caused by political regime change in "Too Late to Die Young," directed by Dominga Sotomayor Castillo.

In "I Lost My Body," which won the Crystal for Best Feature and the Audience Award at the Annecy International Animation Film Festival, is the story of an amputated hand trying to find its body on the streets of Paris.

!f Legends, which enlightens the memory of national cinema, presents the legendary films of Turkish cinema. The selection offers a journey on the recent history of Turkish cinema with legendary Turkish productions, including "Tabutta Rövaşata" ("Somersault in a Coffin"), "Ağır Roman," "Eşkıya" ("The Bandit"), "C Blok" ("Block C") and "Salkım Hanım'ın Taneleri" ("Mrs. Salkım's Diamonds"). Directed by Derviş Zaim, Mustafa Altıoklar, Yavuz Turgul, Zeki Demirkubuz and Tomris Giritlioğlu respectively, these films are among the most remarkable selections at the festival.

The films which stand new despite the passing of time will wait for movie lovers at the selection of !f Cult. In this selection, spectators will have an opportunity to see cult films in cinema history, like "Blue Velvet," "Eraserhead" and "Lost Highway" by David Lynch. In the films that Lynch built using psychoanalytic methods, the audience push the limits of their imaginative power. They meet the cinematic reflection of the subconscious while understanding the complicated narratives in the director's short films.

!f Istanbul Independent Film Festival gives ear to those who have a story to tell with the competitions comprising of !nspired, !nhouse and Shorts from Turkey categories. The jury members who come together to transmit the wisdom of the newborn to more people want to reveal the best by evaluating the films. With this aim, Barış Saydam and Deniz Eyüboğlu Aydın will search for the best in !nspired category under the leadership of jury head Michel Franco. The selections in the !nhouse category will be made by Damla Sönmez and Asja Krsmanovic under the leadership of jury head Ezel Akay. The best of Shorts from Turkey category will be chosen by jury head Anna Henckel-Donnersmarck and Ayçe Kartal.

Spectators can watch documentaries that evolved from the experiences of their makers in the Art for Life part of the festival. Directed through the eyes of Richard Lowenstein, "Mystify: Michael Hutchence," takes the audience on a journey into the life of Michael Hutchence, the vocalist of Australian rock band INXS. Viewers will also have the chance to watch "Loving Vincent: The Impossible Dream," which became a blockbuster in the independent foreign films screened in Turkey with 100,000 viewers. While Milas Forman's art life with "Forman vs. Forman," directed by Helena Trestikova and Jakub Hejna will also be screened. Audiences will have the chance to meet perspectives from every corner of life with various films like "Ardında Kalanlar" ("The Left Behind") and many more.

!f Experimental screens "Lysis," where spectators get to experience the feelings of actors in films without a scenario. In !nspired, the audiences discovers new stories created by first or secondary directing experience with many productions, like "End of Season," "Fugue," "Nocturne" and "Song Without a Name." !f Rainbow brings free colors under a roof with independent, international films like "End of the Century" and "Being Impossible." While the audiences get out of the comfort zone with "Luz" at the !f Dark and Edgy selection, they have a chance to see Can Evrenol's "Peri: Ağzı Olmayan Kız" ("Girl With No Mouth") on the silver screen in !nhouse selection.