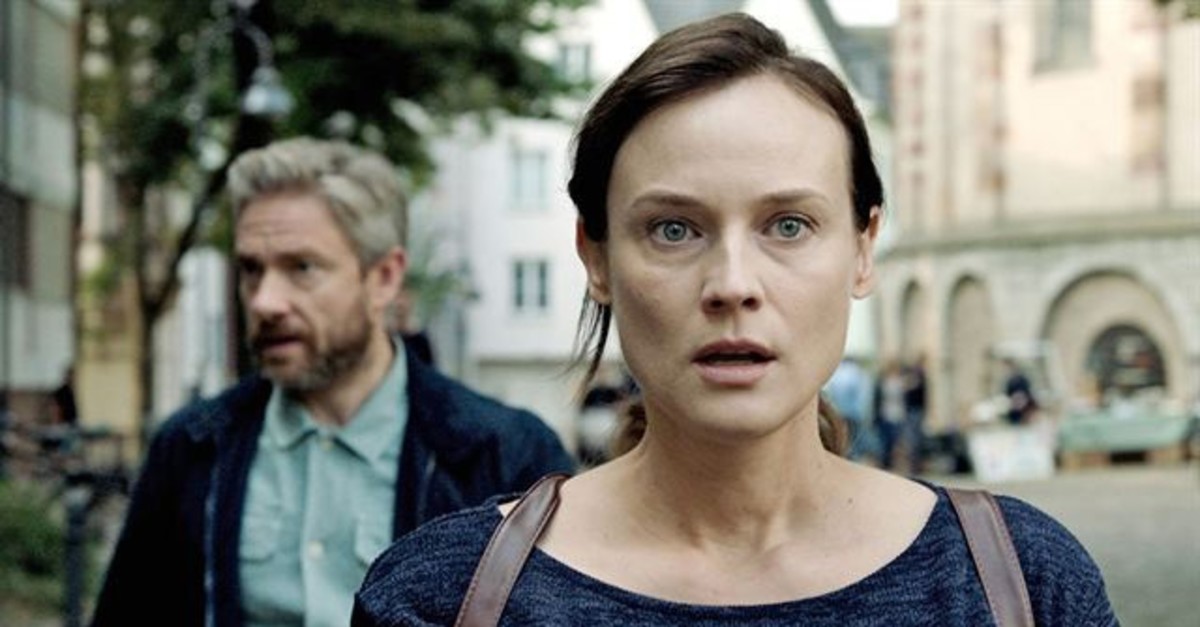 Just as the political and economic tension rises against Iran through various embargoes and sanctions, the Israeli spy movie "The Operative" debuted in Turkish theaters. Starring successful actress Diane Kruger in the leading role, the film centers around the dangerous mission of a Mossad agent, surrounded by love, family matters and personal challenges. Rachel is sent to Tehran to sneak into the nuclear issue. Tense at first, she fits in the country in time and falls in love with Farhad, the guy she is supposed to follow, and the course of the story ends in Germany in an unexpected way. A Mossad female agent's mission in Tehran might sound quite appealing and rich in content; however, the film lacks the action, thrill and fluency the subject could have offered.

The first of the shortfalls is the casting. With her excellent acting in one of Quentin Tarantino's masterpieces "Inglorious Bastards," as an artist who secretly helps American soldiers against Nazis, she established a strong stance.

In Fatih Akın's "In the Fade," she carried her persona a step further by shouldering the whole film as a woman who loses her Turkish husband and son in a racist attack in Germany and seeks revenge for them by following two terrorists to Greece. After these two cornerstones in her biography, I would expect her to evolve into a better, stronger character; however, though she has the leading role, she does not seem to have caught the rhythm of a Mossad spy expected to be more willing, alert and focused. Rather, she seems to have been dragged onto the film set and lost her sparkling soul.

Likewise, Martin Freeman, who skillfully played Bilbo Baggins in the "Hobbit" series and after his roles in the TV series "Fargo" and "Sherlock," does not seem to fit in the story as another Mossad agent and handler of Rachel (Kruger). He is more of an understanding and affectionate companion to her rather than a senior responsible for an extremely dangerous mission in Iran. The duo seem to be two ordinary colleagues much more than two agents who serve for the Israeli intelligence service known to be the most disciplined and merciless organization in the world. As I have not read the book that inspired the film, Yiftach R. Atir's "The English Teacher," I cannot guess if the character building problem is a reflection of the book or simply from poor direction, but I can firmly suggest that the casting and acting are ineffective, unconvincing and loosely handled. It is proof that casting two skillful actors does not always result in effectiveness and success.

Another flimsy aspect is that it does not flow, as is expected of a spy thriller. You find yourself ready to watch some action and disentangling while the film keeps you waiting for them and closes with a big question mark. In contrast to many examples in the genre, what it gives you is like a fragment from the lives of agents, not a series of incidents that raise your adrenaline. For audiences fond of art house productions like me, this narrative is exceptional and favorable; however, it will let the fans of spy thrillers down with its slow rhythm and intermittent flow.

One strong and elegant side of the film was the relatively healthy approach of the director to spaces and Iranian culture. As an indispensable part to the "Orient," Iran is open to be abused culturally and politically as a film subject. To be honest, I doubted how the director would use Iranian settings, but he proved to be above using cheesy Orientalism. An Israeli director, Yuval Adler seems to have developed sensitivity toward the matter as a Middle East-origin person. He gives you an Iranian panorama without judging, alienating or marginalizing. Rather his portrayal gives you the relief that Tehran is a normal city that lives like most of others around the world, though in secret sometimes, and a lonely foreign woman can lead a safe life, embraced, respected and loved by neighbors. The Iran issue is so widely abused that I sighed with relief after seeing the scenes in Tehran. Besides, how Adler portrays Farhad, played by Cas Anvar, as a gentle and intellectual young Iranian guy, his family and other Iranian people in close surroundings, deserves respect. In a crazy era where Muslims and Middle Eastern people are reflected as monsters, Adler shows another alternative. The only barbaric attitude Rachel faces in her Iranian mission was at the border, carrying bombs to Iran, meeting men in the middle of nowhere. So, one can simply smell the bad guys coming, and I don't take it as an Orientalist stereotype, since a lonely woman in such a place would be a victim of harassment anywhere in the world. It is common throughout our male-dominated world.

Adler also shows how the Israeli organization leaks into other countries, just to incite and manipulate incidents both in Iran and Europe. I do not think it is a show of force; rather it is self-criticism. A bomb attack that kills innocent people in Iran or sending an agent to sneak into an Iranian factory that helps nuclear activities, which is not allowed by the so-called "big brothers" of the world, and giving a voice to an Iranian man about what is happening around them is an unexpected gesture, whether intended or not.

To summarize, the film "The Operative" lacks convincing acting, fluency and action as a spy thriller but presents artistic cinematography that makes use of spaces and sensitive issues. It is definitely not one of the must-sees this year, but it would not be a loss if watched.