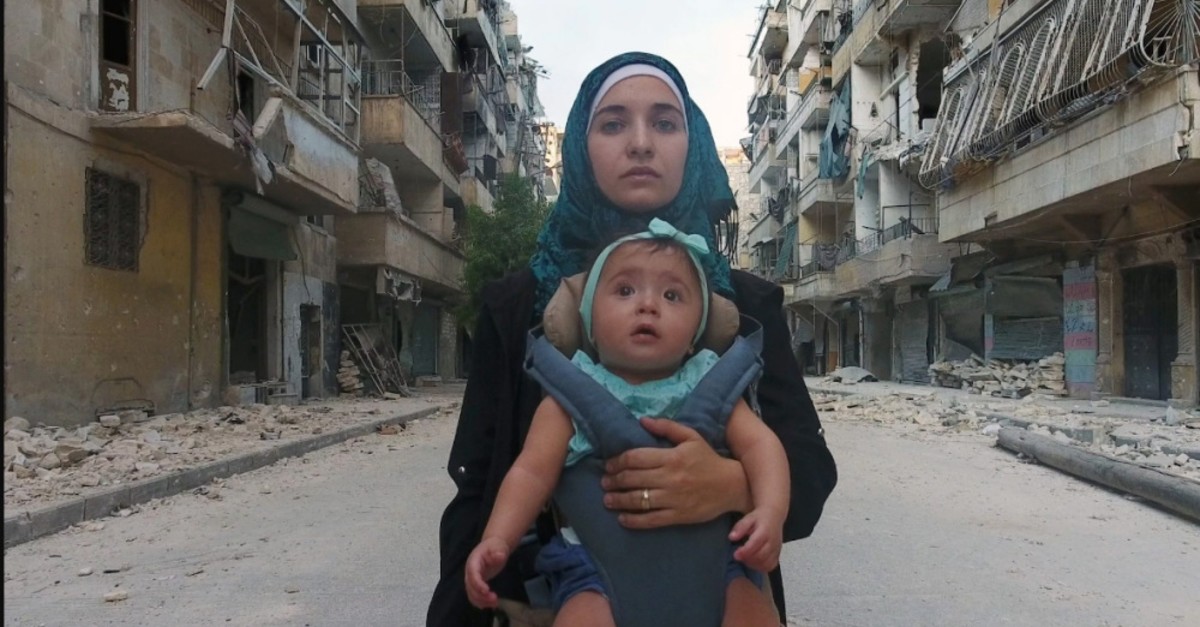 Waad al-Kateab documents desperate conditions she and her husband were living in during the Syrian civil war.
by Sep 27, 2019 1:02 am

A Syrian filmmaker whose documentary on the siege of Aleppo brought a Cannes audience to tears has said she wants to show the world the reality of her country. Waad al-Kateab's powerful and intimate film "For Sama" is a love letter to her infant daughter, documenting the desperate conditions she and her husband were living through, in case they didn't survive.

Charting five years of her life from student protester to wife and young mother in Syria's battle-ravaged second city, it won an emotional standing ovation at the Cannes film festival in May. For Kateab, the film is more than the story of one family's struggle.

"It's a realistic depiction of everything that's happening now in the country," she told Agence France-Presse (AFP) on Wednesday in London, where the documentary is touring.

"Unfortunately, the world is deaf and blind to what is happening, but as Syrians, our goal is to continue to tell and share Syria's story."

Kateab was just 20 when pro-democracy protests broke out, triggering a bloody crackdown by loyalists of President Bashar Assad that has killed at least 370,000 people and displaced millions.

The northern city of Aleppo suffered some of the heaviest fighting after rebels seized its eastern sector in 2012.

The young filmmaker's goal was to document the desperate conditions of life in the city as regime forces closed in - along with the joy of falling in love and the excitement of becoming a mother.

When she and her husband Hamza, on a trip to Turkey to see his sick father, heard regime forces were poised to cut off the city's east completely, they decided to return.

Within an hour, they had packed and were on a treacherous journey, dodging shells and sneaking past government troops into the now-besieged part of the city. Hamza, a medic, threw himself into work at a hospital which at one point hosted 300 casualties in a single day - before itself being hit by an airstrike.

Kataeb dedicated herself to filming the situation, while wrestling with the question of whether or not to flee the city to protect her daughter.

After six months, Aleppo was overrun and they were forced into exile, leaving the city as part of a huge civilian evacuation.

Kataeb then set about bringing her footage together into a feature-length production that would capture the imagination of audiences "tired of war films or films on Syria."

"So our challenge was to come up with a film that was different," she said.

The result is a brutally honest, moving portrayal of life under siege: the absurdity of laughter as missiles crash down overhead, the snowball fights, the aching grief of two boys grieving over their brother. Kataeb said her aim was "to continue to describe in a way that is true and real what is happening in Syria."

"It's not a civil war, it's a revolution, and unfortunately, we the Syrian people are the ones paying the price," she said.