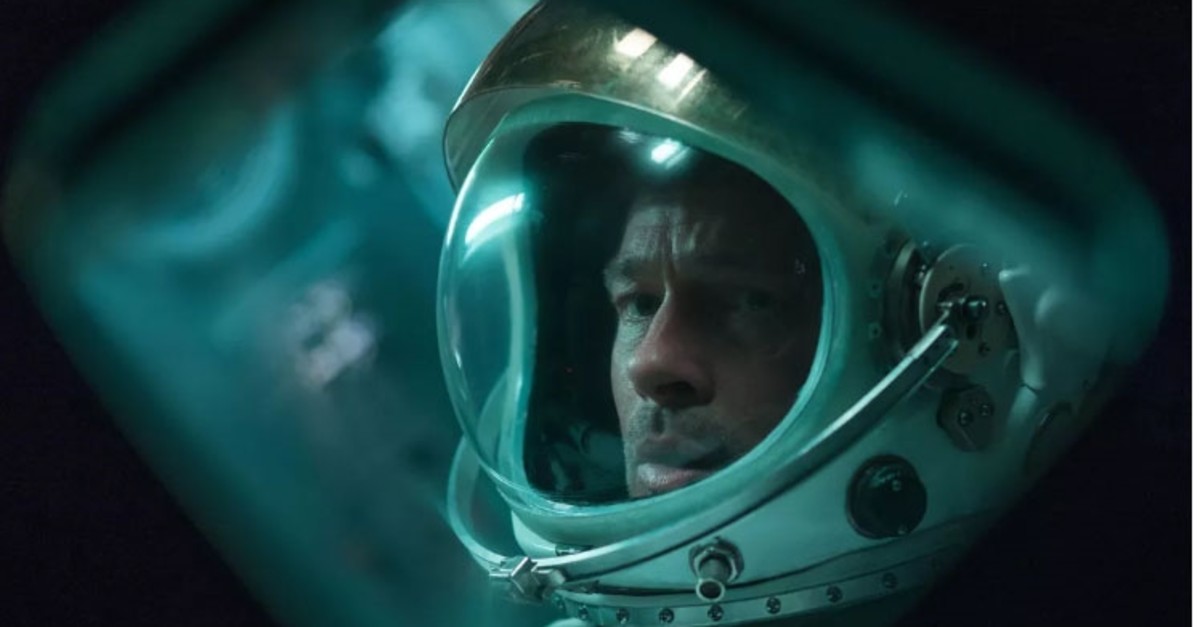 Surely, we have all seen space movies before, like "Interstellar," directed by Christopher Nolan, "The Martian," directed by Ridley Scott or "Gravity," directed by Alfonso Cuaron. "Ad Astra," meaning "To the Stars," is the newest film in this genre. Directed by James Gray, who has four features that competed for the Palme d'Or at the Cannes Film Festival, and starring Brad Pitt, the movie is about an astronaut who breaks off all his relations including his marital bond and leaves for a journey to the outer reaches of space to look for his astronaut father who went on a mission to Neptune, on a mission called the Lima Project, and never returned.

In the story, an electrical surge from an area close to Neptune has spread and is threatening the entire universe. It is believed that the father of Roy McBride, played by Pitt, who has become a legend with the Lima Project, is still alive in this area, causing the surge. Hereupon, Roy is called for a mission to find out whether his father is alive and to save the world by stopping the surge.

Pitt had said about the movie online: "It's a gutsy film." Indeed, I agree with the fabulous actor, but the reason why I also find it gutsy is not that it brings the bold space journey of an astronaut experiencing existential horrors while all alone on the road - it is gutsy because it bravely focuses on the theme of the father and son relationship. You see the pain that Roy felt after his father left along with the feelings of this separation on him. Moreover, he is stuck between becoming like his father and afraid to become like him while discovering who his father was during the search for him in space. Hence, while action exists in the movie, Gray does not keep it as the main focus alone. This is what makes the film different from other space movies.

If you are looking for a film with incredible, jaw-dropping scenes in space that lead you into a fantastic adventure, you may be disappointed. I will say that the atmosphere created in the movie is brilliant and the sci-fi effects are very much on point. While watching it there are no big gaps in the film, even if sometimes you may see far-fetched things. However, the film, unlike other space odysseys, also focuses on human drama. It is a production revolving around intense feelings with fewer action sequences.

Following up after "Once Upon a Time in Hollywood," Brad Pitt, once again rises as a star by creating an actual connection with the character. As an astronaut, he has to be calm and pass psychological evaluations to go on a mission, and Pitt really holds himself back to reflect this character in the movie. He perfectly plays this introvert character's deadlocks. You feel pity for him and really want him to be good. I should confess that my admiration for the actor increases after every movie of his.

All in all, "Ad Astra" is a movie that is worth seeing for its scientific and dramatic aspects. I am no science major; I cannot criticize the movie elaborately on the scientific aspects. But I can say that the movie does not offer incoherent logical errors or has scenes that question your rationality. The strongest part of the film is that it makes you feel, and this is a result of Gray and Pitt's talent.

If you expect a real, exciting quest in the movie, I understand. For me, the drama is also very impressive because I do not always look for excitement in these genres. On the contrary, I think feelings add zest to them. Therefore, all I can say is: do not expect to enjoy a standard breathtaking adventure and keep in mind that a drama is also waiting for you with "Ad Astra."