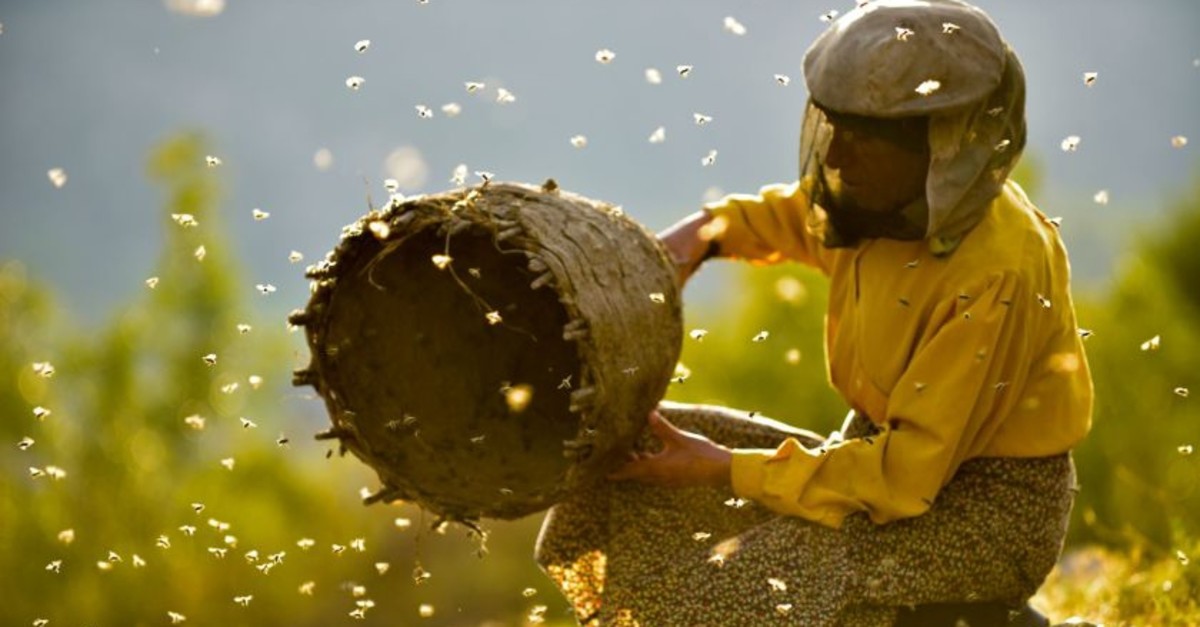 The documentary focuses on Europe's last female beekeeper's struggle to earn a living by producing natural honey while fighting to safeguard the ecological balance.

Directed by Ljubomir Stefanov and Tamara Kotevska, the film feels like a half documentary and half fiction thanks to its flowing storyline that keeps the audiences engaged.

Real-life protagonist Hatidze Muratova is a beekeeper in a mountainous little village in Macedonia – in peace with nature and the surrounding ecology. She takes care of her old, bedridden mother.

Her relationship with nature is depicted poetically, reflecting how she organizes her life in a peaceful rhythm dictated by natural conditions.

It comes naturally for her to find beehives in the foothills of the local mountain, handling them gently without bothering the bees or getting stung by them, to earn a living.It seems there is an unwritten agreement between her and the bees as if the bees are willing to help her in her struggle for survival, where she bears the burden alone. She never married and shows great loyalty to her mother along with a kind of patience that deserves respect. Despite the daily hardship, poverty and loneliness, she puts in a lot of effort to keep her hopes up.

However, the peaceful balance is broken with the arrival of an itinerant family. She tries hard to keep up with the existence of the family with many little children. Hatidze takes care of the children, eagerly befriending each of them, but the patriarch of the family, Hussein, becomes greedy and eager to earn as much as possible to feed his children.

Busy with cattle breeding, Hussein becomes interested in beekeeping and makes arrangements with a middleman who trades honey, axing Hatidze's livelihood and pushing the natural balance as he tries to sell as much possible. In contrast to Hatidze's peaceful way of beekeeping, he plows his way through the task; he is bothered by the bees and convinces his children to help with the business, leading them all to suffer from numerous stings. But, at the end of the day, he sells huge amounts of honeycombs and Hatidze's bees die due to excessive use. Still, after the family leaves, she finds the power to remain hopeful, even though her only companion, her mother, dies. What makes the documentary very enjoyable to watch is not only the story itself but also the delightful touch of the directors. The long shots over the mountains and macro shots that cover the whole area are worth seeing. Plus, the micro shots that focus on the bees in their natural habitats are also visually satisfying. The whole story is presented in a realistic, pure and sincere manner. Having premiered at the Sundance Film Festival, the documentary's screening was welcomed in Ayvalık and was attended by Samir Ljuma and Hatidze Muratova. The cinematographer gave his insights into the journey behind the story. Many audiences felt that the film was like fiction. Stefanov stressed that it was purely Hatidze's life and entirely unscripted. "It was a pure, observational documentary that we shot in three years," he noted.

"This movie started four years ago when we were hired to make short movies about an environmental project run by the Swiss Development Agency. We did not know we would have three years to spend to shoot this movie. Luckily, we found Hatidze. We first found the beehives and later learned that they were taken care of by Hatidze. When we first met her and told her we wanted to make a film about her work with the bees, she said, 'I have been waiting for a TV crew come and film me.' She says my dreams have become true, but with her warm heart she also made the crew's dreams come true," he added.