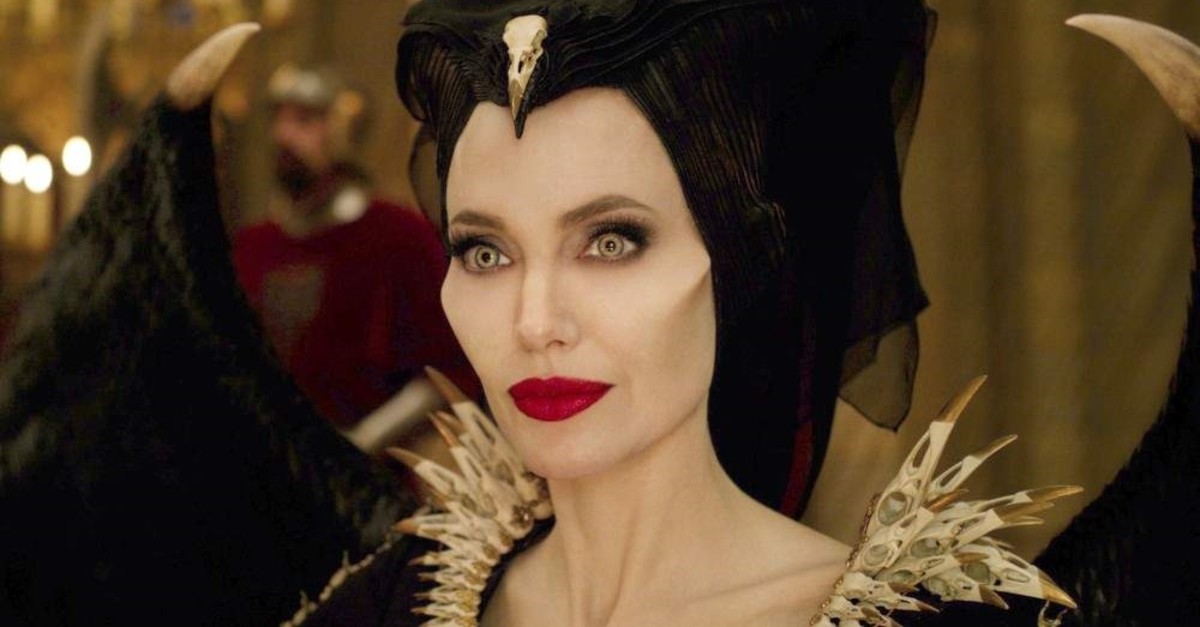 Angelina Jolie as Maleficent in a scene from ,Maleficent: Mistress of Evil.,
by İREM YAŞAR Oct 27, 2019 8:00 am
"Sleeping Beauty” is a tale surely everyone was familiar with in childhood. Whenever I heard the tale, I questioned why Maleficent gets angry for not being invited to the celebration held for Princess Aurora. This was not a proper reason to curse a baby in my mind. No back story about her is offered and nothing explains her malevolence in the story. I realized that there is always an antagonist in this genre of writing, which is why we have characters like her.
As I grew older what I questioned changed: “Why are the antagonists usually women?” Yes stories need antagonists to send certain messages like “true love conquers all" but can’t they do this by making a male character the antagonist? Or perhaps give enough background to explain why the female antagonist is evil?
Later, I recognized that there are two types of women in fairy tales. The first are passive, silent figures like Snow White. The second are the wicked ones like the Evil Queen, the stepmother of Snow White. The former are always happy at the end of the story. But if you are not a submissive figure, the only other option available to you is to be the evil antagonist.
After this epiphany, I naturally felt disturbed that these tales are committed to the memory of children. Luckily, a film that gives ear to an antagonist and changes the perspective came out in 2014. It was “Maleficent,” directed by Robert Stromberg. The spin-off of “Sleeping Beauty” reveals Maleficent’s love for a peasant boy called Stefan, who betrays her, leading to her transformation into darkness. Finally, a female antagonist that was not evil without reason.
I gave “Maleficent” a thumbs up as it brought a fresh take to the story of “Sleeping Beauty.” With the special effects accompanied by Angelina Jolie’s talent in portraying characters added to the production.
Now five years later the sequel to “Maleficent” has hit the silver screen. “Maleficent: Mistress of Evil” once again portrays how Maleficent is misunderstood.
The first movie presented the grounds of Maleficent’s curse on the infant princess and then showed the love inside her at the end. Although she puts the curse on the baby in a fit of rage, it is she who breaks it with true love again.
In the sequel, it is forgotten that her love saved the princess's life from the curse and Maleficent is deemed a villain again. Even if this is a dark fantasy adapted from a fairy tale, I should confess that this kind of hypocrisy from people bothers me.
The story begins when Aurora, played by Elle Fanning, accepts the proposal of Phillip, played by Harris Dickinson. With their marriage, the Moors and the Kingdom of Ulstead will be united. But it seems a little bit hard when the past is considered. Even if she is not so willing, Maleficent accepts the invitation to attend a dinner by the parents of Phillip as a sign of peace between the two lands and for the sake of Aurora's happiness.
As Phillip’s mother, Queen Ingrith, played by Michelle Pfeiffer, provokes her on this night, Maleficent loses her temper and everything starts after that.
Maleficent is accused of cursing Phillip’s father and wounded him with an iron bullet fired by a servant of the queen. She is saved from the ensuing chaos by a mysterious creature with wings similar to hers. This is how she meets her own kind hiding underground in caves, away from the humans. While she recovers there, Queen Ingrith convinces Phillip and Aurora to organize their wedding. They invite all those in the Moors and the Kingdom of Ulstead. Aurora is disillusioned by her new life and gets ready for the wedding but feeling the absence of her godmother Maleficent.
On the wedding day, however, it is understood that it is not a celebration but a massacre planned by the queen. All the creatures of the Moors are collected in one place, in an attempt to kill them with some kind of powder that is lethal for them.
Later, it is discovered that it is the queen who cursed the king with Maleficent’s old cursed spindle. Aurora and Phillip get married, the two lands unite and the queen gets what she deserves in the end. The movie does not offer a different, alternative ending to the original story, however; it still presents Maleficent as a rough diamond. This is why it can still connect with viewers like me.
But I should also mention some other features of the movie apart from its innovative viewpoint. The effects and 3D animation are good with extravagant computer-generated frames. You will feel the overwhelming impact of these scenes so much that you will wish to see Jolie and Pfeiffer more on the screen with their acting skills.
I also felt that these computer-based arrangements shadow character development in the production. Surely, the sequel gives the same message as in the first film but it does not support it with character development like the first one. Therefore, it hangs in the air at some points.
So, "Maleficent: Mistress of Evil" still creates sympathy and empathy for Maleficent, who is seen as wicked in the original fairy tale. However, this time you will see visually splendid action with technical touches. While the film is three-dimensional I can’t say the same thing for the character development.
Last Update: Dec 20, 2019 1:15 am
RELATED TOPICS