Six movies out in theaters this week 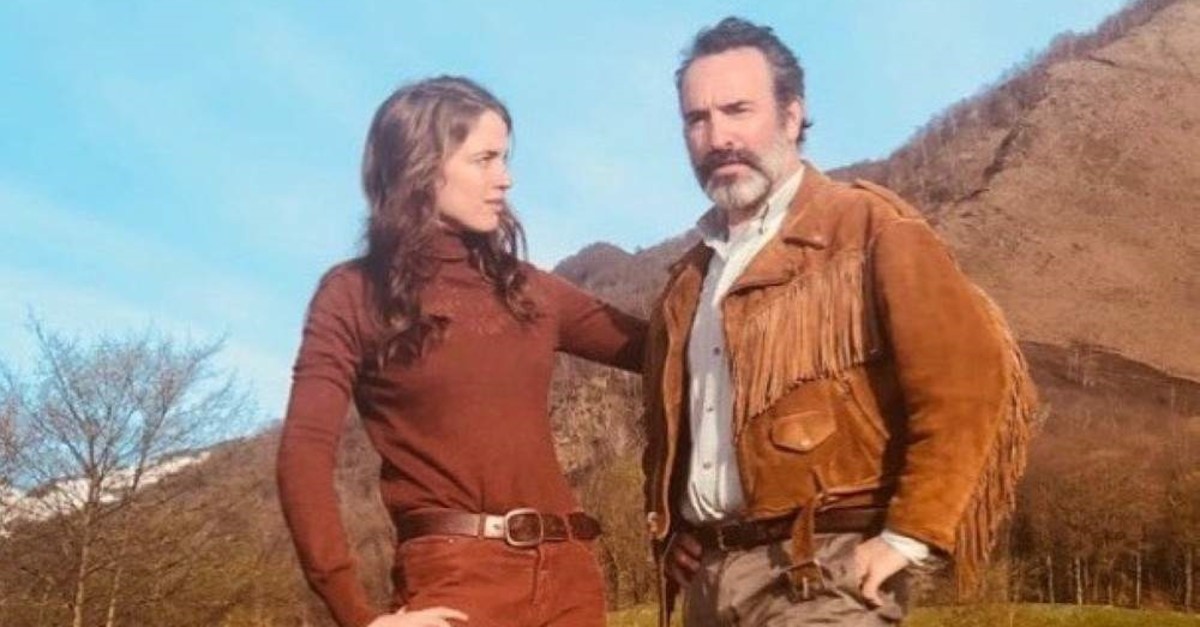 'Le Daim'
Directed by Quentin Dupieux, "Le Daim" ("Deerskin") focuses on the life of a man who is bothersomely fond of his tasseled jacket, straying down different paths. Written by the director Quentin Dupieux, the film stars Jean Dujardin, Adele Haenel, Albert Delpy, Coralie Russier and Pierre Gomme.
Quentin Dupieux, a French musician known for his film "Rubber," about a homicidal car tire that kills its victims through telekinesis, is one of the first names to come to mind in the surreal black comedy genre.
'The Staggering Girl'
Having premiered at the Cannes Film Festival, Luca Guadagnino's short film "The Staggering Girl" focuses on Francesca an American writer of Italian origin who lives in New York and returns to Rome to meet her mother. The film in the drama genre is starring Julianne Moore, Kyle MacLachlan, Mia Goth, Marthe Keller, Kiki Layne and Alba Rohrwacher.
'After the Wedding'
Directed by Bart Freundlich, starring Michelle Williams and Julianne Moore, "After the Wedding" is co-written by Anders Thomas Jensen, Susanne Bier and Bart Freundlich. It tells the story of a woman named Isabel who must attend a wedding with Theresa in order to find financial support for the orphanage she has given the shirt off her back for.
Michelle Williams and Julianne Moore in the lead role are accompanied by Billy Crudup, Will Chase and Abby Quinn.
'The Informer'
Directed by Andrea Di Stefano, "The Informer” centers around an FBI-mafia-prison triangle in which Pete Koslow, a retired special forces agent, falls into as a result of his struggle to protect his family. A drama and crime film, “The Informer” stars Joel Kinnaman, Rosamund Pike, Ana de Armas, Clive Owen, Sam Spruell, Ruth Bradley, Martin McCann and Jenna Willis.
'Cinayet Süsü'
Directed by Ali Atay, "Cinayet Süsü" ("You've Got Murder") is about the adventures of a homicide bureau team trying to solve a mysterious serial killer case. Co-written by Atay, Feyyaz Yiğit and Aziz Kedi, the comedy stars Uğur Yücel, Binnur Kaya, Cengiz Bozkurt, Feyyaz Yiğit, Mert Denizmen and Mehmet Özgür.
'Bulmaca Kulesi: Dev Kuşun Gizemi'
"Bulmaca Kulesi: Dev Kuşun Gizemi" ("Puzzle Tower: The Mystery of The Giant Bird"), the animated series by TRT Çocuk which is the children's channel of Turkey's public broadcaster, has been turned into a movie. In the first episode of the series, directed by Ahmet Erdal, Aslı, Can and Mert, the main characters of the film, teleport to another dimension as a result of an accident and start to find their way in this place called the Puzzle Tower and solve mysteries. In the film, they leave the tower and embark on a relentless adventure full of dangers and puzzles to reach an area ruled by Hüdaverdi.
Last Update: Dec 20, 2019 1:17 am
RELATED TOPICS