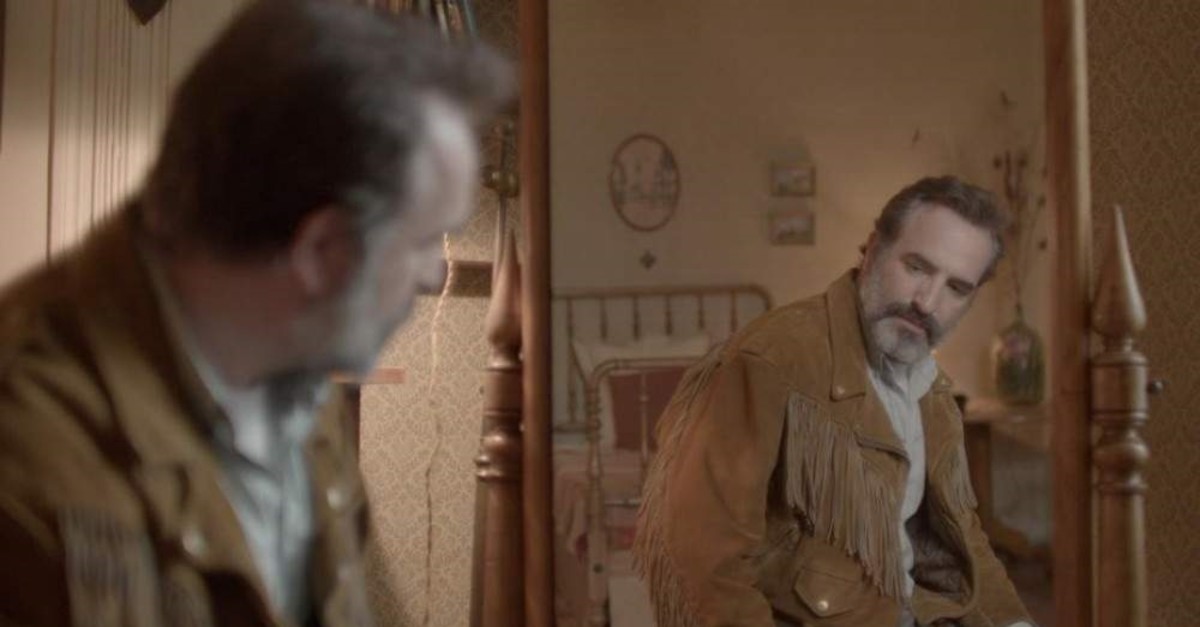 Black comedy is a relatively broad term covering humor relating to normally serious subjects. However, it can be mostly simply defined as the comic genre that makes fun of issues - some vulgar, some sophisticated - considered taboo by some. That is, this genre generally talks about the elephant in the room, which is what I love about it. This week, the French black comedy “Le Daim” (“Deer Skin”), directed by Quentin Dupieux, saluted film lovers in Turkish theaters.
As could be expected, critics like me wanted to see it as soon as possible. When I first watched its trailer, the movie drew my attention to the subject. My first impression was that it involved an aging man with some kind of psychological disorder; however, the production's complexity far exceeded my expectations.
Screened as part of the Director’s Fortnight selection at the 72nd Cannes Film Festival, “Le Daim” opens with a scene in which a group of young people is putting their jackets into the trunk of a car saying, “I swear never to wear a jacket as long as I live,” one by one. Then, the camera turns to a handsome, middle-aged man named Georges, played by Jean Dujardin, in a car. For a while, the viewer is led to question whether this car was the one the youngsters had placed their jackets in.
Then our leading man enters a restroom in a gas station and tries to flush his corduroy jacket down the toilet, which surely does not work. As he has ruined his jacket, he needs a new one. This is why we see him visiting an old geezer in a rundown cottage. The old man sells the jacket-less man a leather jacket he once wore. Wearing this, Georges feels more confident and falls in love with it immediately.
In the next scenes, Georges checks in at a mansion in a mountain village and calls his wife. From their conversation, we understand the two have separated. After learning this detail, everything has become clearer and more understandable for viewers; I came to the realization he is experiencing an existential midlife crisis because of his relationship problems. Maybe he is trying to define himself and build an identity around this jacket. One way or the other, we see how the leather jacket becomes a fetish for him in the production.
During his time in this village, Georges also meets a female bartender who is into editing films. When he bought the jacket, the old geezer also gave him a camcorder as a gift. Using this camera, he attracts the attention of a girl named Denise, played by Adele Haenel. He introduces himself as a filmmaker and says that his team is in Siberia for some footage.
Soon, our wannabe filmmaker tries to make everyone in the village take off their jackets as he and his jacket, with which he converses by doing both voices, want him to be the only one wearing a jacket in the world. Georges records scenes in which he tries to convince people to stop wearing their jackets. The opening scene of the film actually presents one of these moments.
However, the more he wears this jacket, the more he becomes obsessed with it. He combines it with accessories like leather shoes and gloves, which he buys with the money he borrows from Denise. The bartender also gifts leather trousers to him. During the screening, I wondered if she was the ingénue of the film, but she is not. She knows that Georges is lying from the very beginning. She, like him, is also obsessed with film editing, and she uses Georges to create frames to edit and to produce a new production.
While I was highly moved by the psychological aspects of the movie, I also appreciate the talent of the director, who is also the director of the cinematography, in choosing washed-out colors that compliment the story. They reflect the atmosphere, which gets bloody as Georges's obsession deepens. You read that right. Toward the end of the movie, he gets brutal and starts killing people to be the only one with a jacket. It is like his inner self gradually emerges, and he turns into a wild, savage animal. Dujardin has done an excellent job in portraying the character.
However, I should also mention how Haenel portrays the complexity and contradictions of Denise. While she initially seems like an innocent, ambitious young lady, she becomes somewhat obsessive like Georges in the end. She records when Georges is shot by the father of a child with whom he has some kind of fight and does not show any reaction. She just takes off his jacket, wears it and continues to record herself. It is like the jacket casts a kind of spell and brings out the wearer's bad side. So, I think it is Denise’s turn to be like Georges now.
Before wrapping up, I wanted to point out one fatal error in the logic of the movie. Georges kills many people due to his obsession with his jacket and leaves the dead bodies behind; but strangely no police or any other authorities come looking for him. Yes, it is a mountain village, but someone should have found one of the dead bodies by the end. As engaging as the film is, we can only suspend our disbelief to a certain point. Yet despite this oversight, the movie is worth seeing for the actors' excellent portrayal of the psychology of mad people.