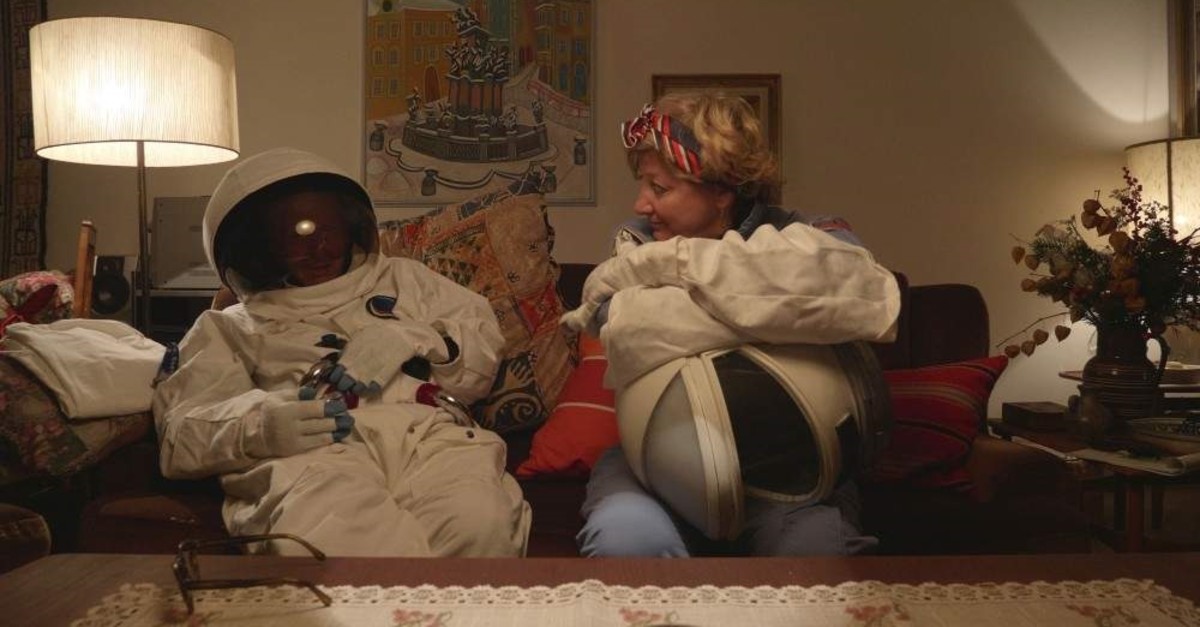 
Kundura Cinema’s November film program presents a special selection of films that celebrates the 50th anniversary of the historic moon landing. Titled “A Journey to the Moon,” the film selection pays homage to American astronaut Neil Armstrong and his journey to the Moon and into history. A Journey to the Moon centers around the films emphasizing the bravery of humans in the face of the unknown by exploring the depths of space. Get ready for an enchanting journey into space within Kundura Cinema’s
historical atmosphere.
‘Ticket to the Moon’
“Ticket to the Moon” by the director Veronika Janatkova gathers together the participants signed up for the waiting list of Pan Am Airways’ first commercial flights to the Moon. It is the Cold War Period, political and economic tensions permeated daily life and Pan Am Airways has the best solution: a trip to the Moon! The film focuses on the hopeful story of 100,000 space enthusiasts today and humorously tells their individual moon stories.
‘Houston, We Have A Problem!’
“Houston, We Have A Problem!” by Slovenian director Ziga Virc evolves around an intense space race, namely “the space program exchange” allegedly took place between the US and Yugoslavia during the Cold War. Receiving numerous positive and negative criticisms after its premiere in 2016 at Tribeca Film Festival, the documentary includes the real footage of the 35th president of the United States, John F. Kennedy.
‘Woman in the Moon’
Based on the Austrian director Fritz Lang’s wife Thea von Harbou’s book “The Rocket to the Moon,” the silent film “Woman in the Moon” follows a group of people searching for gold in space. Directed by Lang, one of the most assertive director worldwide, the film is also considered as one of the first examples of the sci-fi genre. “Woman in the Moon” will be screened as a part of the “Live Music to Silent Film” events of Kundura Cinema with a special guest performer.
‘Apollo 13’
Best known by building a set inside NASA to create a microgravity effect director Ron Howard’s “Apollo 13” is based on the true story of the ill-fated 13th Apollo mission bound for the Moon. Leading actors of this tragic story includes Tom Hanks, Kevin Bacon, and Bill Paxton.
‘Voyage to the End of the Universe Ikarie XB 1’
“Voyage to the End of the Universe Ikarie XB 1” focuses on a journey of a spaceship called Ikarie XB1 and its crew to planet Alfa Centauri to search for extraterrestrial forms of life. This dangerous journey illuminates the unknown corners of the universe while focusing on the everyday worries of its crew. Directed by Jindrich Polak, “Voyage to the End of the Universe Ikarie XB 1” portraits a hope for better and morally more advanced humankind.
Hollywood Classics
Inspired by the Tennessee Williams’ Pulitzer Prize winning play, “Cat On a Hot Tin Roof” will be screened for the second time on Nov. 29 at Kundura Cinema for those who missed it in October. Elizabeth Taylor starring as the lead actress, the film focuses on an alcoholic ex-football player named Brick and his reunion with his father, Big Daddy, who is dying of cancer. Save the date for the beloved Hollywood Classics program with complimentary drinks and nibbles.
In the film program, “Ticket to The Moon” will be screened on Nov. 16 at 04.00 p.m. and on Nov. 30 at 04.00 p.m. while “Apollo 13” will be screened on Nov. 17 at 07.30 p.m. and on Nov. 23 at 07.30 p.m. “ Houston, We Have a Problem!” will meet spectators on Nov. 23 at 04.00 p.m. “Woman in the Moon” will be at Kundura Cinema on Nov. 24 at 04.00 p.m. “Cat On a Tin Roof” will salute spectators in the “Hollywood Classics” Special Screening program on Nov. 29 at 09.00 p.m. Lastly, “Voyage to the End of the Universe Ikarie XB 1, 1963” will be shown on Nov. 30 at 07.30 p.m. “Woman in the Moon” will be accompanied by live music.
Last Update: Dec 20, 2019 1:24 am
RELATED TOPICS