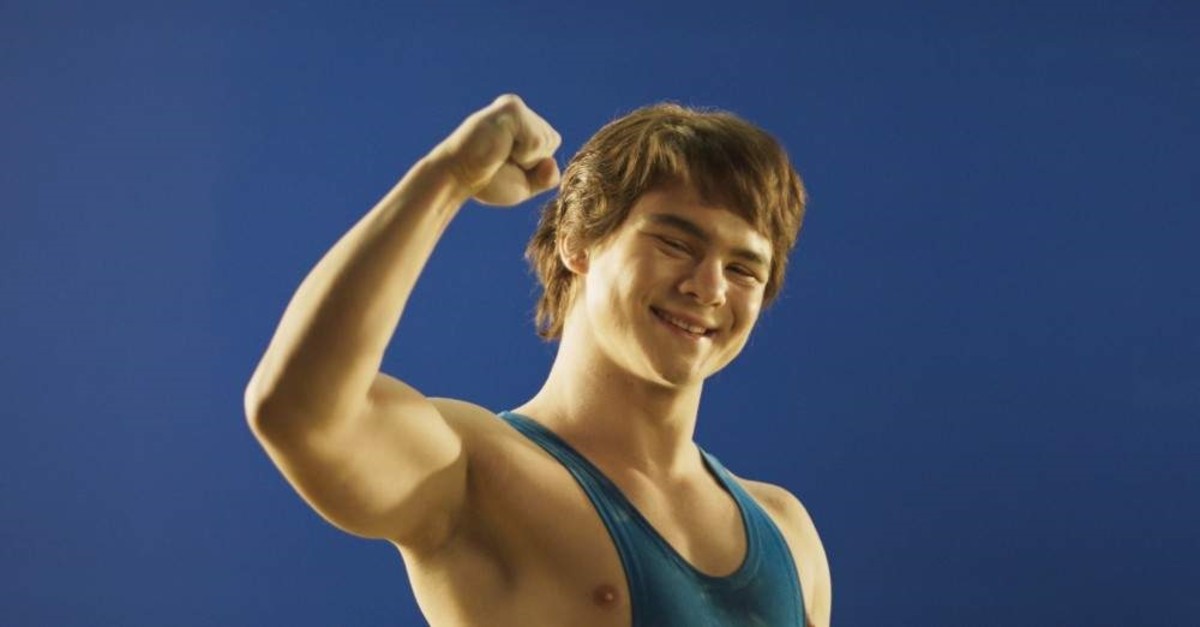 "Cep Herkülü: Naim Süleymanoğlu" ("Pocket Hercules: Naim Süleymanoğlu"), a new biopic dedicated to the life of Naim Süleymanoğlu, the Turkish sporting legend whose ground-breaking feats were recognized around the world, hit theaters today.
Naim Süleymanoğlu became one of the most renowned weight-lifters in history, clocking up an incredible list of achievements over the course of his career. Considered one of the world's "best Olypic athelets," Süleymanoğlu put his name to 47 world records (the first of which occurring when he was just 15 years old), winning three Olympic Gold Medals in successive tournaments, six European Championships, and seven World Championships. Furthermore, Süleymanoğlu has also gone down in history as the only athlete capable of lifting more than three times his own weight and was the first Turkish sportsperson to attain an Olympic medal in a field outside wrestling, leaving a trail of success almost impossible for later generations of athletes to match.
The film sees fresh-faced young talent Hayat Van Eck in the starring role, supported by Yetkin Dikinciler and Selen Öztürk, who play his parents, Süleyman and Hatice Süleymanoğlu, and Gürkan Uygun, who plays Enver Türkileri, the trainer who first noticed "Pocket Hercules'" talents and coached him into the world of sports. The Dijital Sanatlar production was directed by Özer Feyzioğlu, written by Barış Pirhasan and has a score by Fahir Atakoğlu.
"Pocket Hercules: Naim Süleymanoğlu" greets audiences via CGV Mars Cinemas today, and features a star-studded cast, including Levent Ülgen, Renan Bilek, Barış Kıralioğlu, Bülent Alkış, Kemal Başar, Maria Rumenava Sotirova, Mehmet Esen, Evren Erler, Mustafa Kırantepe, Uğur Güneş and İsmail Hacıoğlu.
Last Update: Dec 20, 2019 1:51 am
RELATED TOPICS