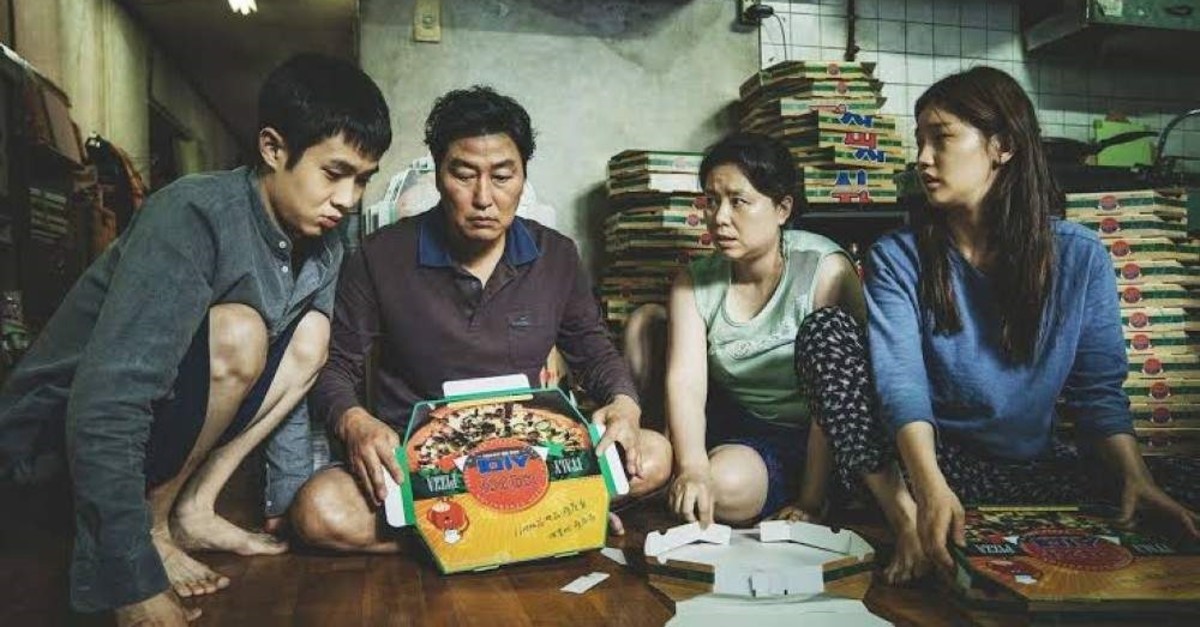 Bong Joon-ho has made groundbreaking history at the Cannes Film Festival by being the first Korean director in the festival's history to win the Palme d’Or. The South Korean director won the award for his dramatic comedy thriller “Gisaengchung” (“Parasite”). It is not surprising that the movie brought such an important prize to its director as it is one of the most wonderful productions of the year.

The director presents a social satire in the essence of the film by bringing the lives of two different families together on the big screen. The Kims are a down-on-their-luck, working-class family that live in a basement flat. The Parks, in contrast, are wealthy and live in very comfortable conditions.

The film follows the events that create a parasitic relationship between the two families. The unemployed Kim family members slowly find a way to have jobs in the house of the rich Parks. While children Ki-woo, played by Choi Woo-shik, and Ki-jeong, played by Park So-dam, work as tutors for the Park children, father Kim Ki-taek, played by Song Kang-ho, becomes the new driver and mother Chung-sook, played by Jang Hye-jin, becomes the new housekeeper. The fun part is that the Parks have no idea their new employees are related.

To avoid a spoiler, I will not dive into the details of how they get the jobs. However, it is this part that brings comedy into the movie. As the movie develops, the comedy turns into tragedy. The intersection of the lives of the two families from different classes causes unexpected results and devolves into a disaster. The audience is drawn in by entertaining events in the beginning, but the atmosphere turns bloody in the end, and the division between the socio-economic classes hits the viewers in the heart.

The fact that this movie seems like a slice of real life is what makes it good. It shows the audience how the two families perceive things so differently. For example, the Parks enjoy watching the rain from their house, thinking of how beautiful it is. However, the basement of the Kim family floods at the same moment. It is as if the scene is taken from a moment in real life and placed on the film strip. While the rich look romantically at the rainstorm outside from their windows, the poor have to take up their buckets and start bailing out the water.

Another element that brings the thriller closer to reality is the depiction of the characters. Surely, all the members of the Kim family are smart because they need to use their wit to earn their keep. However, like classical dramas, the rich Park family is not presented as completely idiotic, nor are they wealthy villains with dark hearts. The director and his co-writer Han Jin-won have created fully-developed, natural characters that the audience can meet anywhere in daily life. I also have to hand it to the actors as their skills in portraying these characters deserve a lot of praise.

Moreover, the production is visually flawless. The camera follows the characters in places that describe the class conflict and difference between the members of these classes perfectly. In the scenes shot in the basement of the Kims, you feel that the family is on the edge of poverty, while in the villa of the Parks, you understand how money makes life easy for them. In addition, scenes like the rainstorm mentioned above harshly prove the gap between the two classes in Korean society.

To sum up, “Gisaengchung” hits Turkish theaters this week as a social commentary. Although it mirrors the unjust circumstances in society, it cannot be described as a didactic production. With all good acting and shootings, the movie is a status evaluation that manages to be joyous and depressing at the same time. However, it will certainly prompt thought on the subject after an entertaining start.