Seeking 'Justice in the Virtual World' with movies 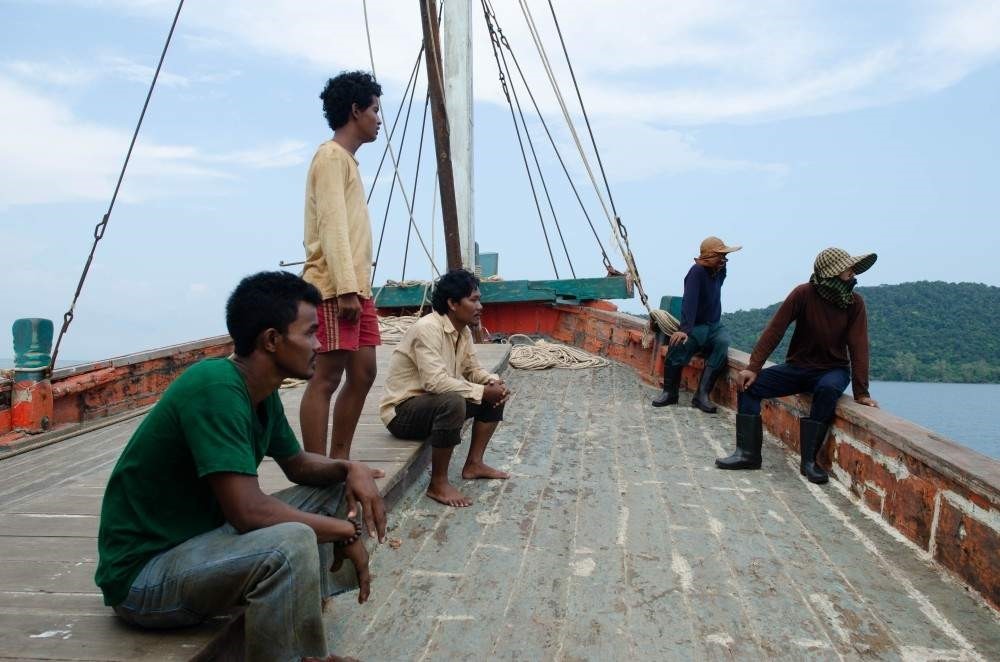 Set to run from Nov. 22 to Nov. 28, the International Crime and Punishment Film Festival returns for its 9th edition with 'Justice in the Virtual World'

The 9th edition of the International Crime and Punishment Film Festival (ICAPFF) will be held at the PhD Hall of Istanbul University’s main campus from Nov. 22-28. Announcing the academic program of the 9th year of the festival, professor Adem Sözüer said that “Justice in the Virtual World” has been identified as the main theme of the academic program this year.

“In this year's academic program, there will be presentations on information systems, internet communication law, social networks, artificial intelligence, IT crimes, digital transformation and human rights in the virtual field. Experts from the U.S., Germany, Brazil, the Netherlands, Hungary, Romania, Croatia, Serbia and Turkey who have studied in national and international fields will participate in the academic program,” Sözüer stated.

“Our aim in making this issue the main theme of our festival is to discuss the roles of the virtual world and informatics tools that emerged in the process of digitalization, possible problems that may be encountered and solutions to these problems. In order to achieve this, we believe that different experiences and knowledge will be brought together to create an efficient discussion environment,” he added.

The festival will open at the Cemal Reşit Rey Concert Hall and films will be screened at Beyoğlu Cinema and City's Nişantaşı from Nov. 22 to Nov. 28. The opening film of the festival will be "Stitches" by Miroslav Terzic. Here are the eight films to compete in the festival's Feature Film Competition.

“Buoyancy,” directed by Rodd Rathjen, will be screened with the participation of the film crew at Beyoğlu Cinema at 7 p.m. on Nov. 24 and at City’s Nişantaşı at 9:30 p.m. on Nov. 22. The film tells the story of a 14-year-old Cambodian boy who leaves his home in search of a better life. However, he is sold to a Thai stockbroker and taken as a slave on a fishing boat. As the other slaves around him are tortured and killed, he decides that his only hope for freedom is to be as savage as those who have captured him.

Directed by Mehdi M. Barsaou, “Bik Eneich: Un Fils” ("A Son") happens in Tunisia in the summer of 2011. A holiday in the south of the country ends in disaster for Fares, Meriem and their 10-year-old son Aziz when Aziz is accidentally shot in an ambush. His need for a liver transplant after the injury results in a secret that has been hidden for a long time and changes their lives. Will Aziz and their relationship be saved? The film will be screened at Beyoğlu Cinema at 7 p.m. on Nov. 23 and at City’s Nişantaşı at 7 p.m. on Nov. 25.

Directed by György Mór Kárpáti, the film takes place toward the end of the war of freedom against the Habsburg Empire in Hungary in 1849. Hiding to avoid joining the military forces, Barnabás leaves home to find and protect his injured brother, who is hiding with a guerrilla group deep in the forest and moves into the interior of the country. The guerrillas fight for their cause despite their exhaustion, hunger and lack of information. Barnabás finds his brother estranged and insecure. The tension between the two men further escalates when it becomes clear that they love the same nurse in the camp. Hoping to gain his brother's trust and take him home, Barnabás decides to stay and lie about his past. In the meantime, he must face the brutality of war.

Directed by Nima Javidi, “Sorkhpoust” ("The Warden") features a prison in southern Iran that is evacuated due to its proximity to the city's new airport in 1966. The warden, Major Jahed, transfers the prisoners to the new prison, and he soon notices that a prisoner who has been condemned to death is missing.

“Ostrym Nozom” ("By A Sharp Knife"), directed by Teodor Kuhn, is the story of a father whose son has been murdered. The four accused have been released due to misjudgment. Determined to uncover the truth, the father fights the passive police force, the corrupt judicial system, and an influential gang. Will he be able to succeed in such a distorted system?

Directed by Kıvanç Sezer, “Küçük Şeyler” ("Little Things") features what happens to Onur, who has been sacked from the pharmaceutical company where he worked as a regional director. Unemployment does not appear to be a huge problem for him at first, but the same is not true for his wife Bahar. Onur does not listen to her, and gradually becomes indifferent not only to his wife's concerns but also to the world around him. In a beautiful state of indifference, Onur would rather be surrounded by zebras. The story, which deals with events that are not comedy material with absurd humor, reveals how a personal crisis affects a marriage.

Directed by Mounia Meddour, the film revolves in Algeria in the 1990s. Nedjma is an 18-year-old student who is passionate about fashion design. She refuses to let the tragic events of the Algerian Civil War prevent her from living a normal life and going out at night with her friend Wassila. As social conditions become more conservative, she rejects new bans imposed by radicals and decides to fight for freedom and independence by staging a fashion show.

Directed by Michela Occhipinti, (“Il Corpo Della Sposa”) ("Flesh Out") is about Verida who is a modern girl working at a beauty salon. She is a social media addict and spends time with her friends. Nevertheless, she gets engaged to a man chosen by her parents, and like many of her peers, she is force-fed to reach a satisfactory weight due to a tradition called gavaj. Because in Mauritania, having a full-figured body is regarded as a sign of great beauty, charm, wealth and social status. The wedding is fast approaching, and after each meal upon another meal, Verida comes to challenge everything she once thought was normal, her loved ones, her life and her own body. The film will be screened at Beyoğlu Cinema at 7 p.m. on Nov. 22 and at City’s Nişantaşı at 4:30 p.m. on Nov. 24.

Many other short and feature films will meet film lovers as part of the festival's other sections including "The Scale of Justice," "Justice on the Big Screen" and "Yeşim Ustaoğlu Section."