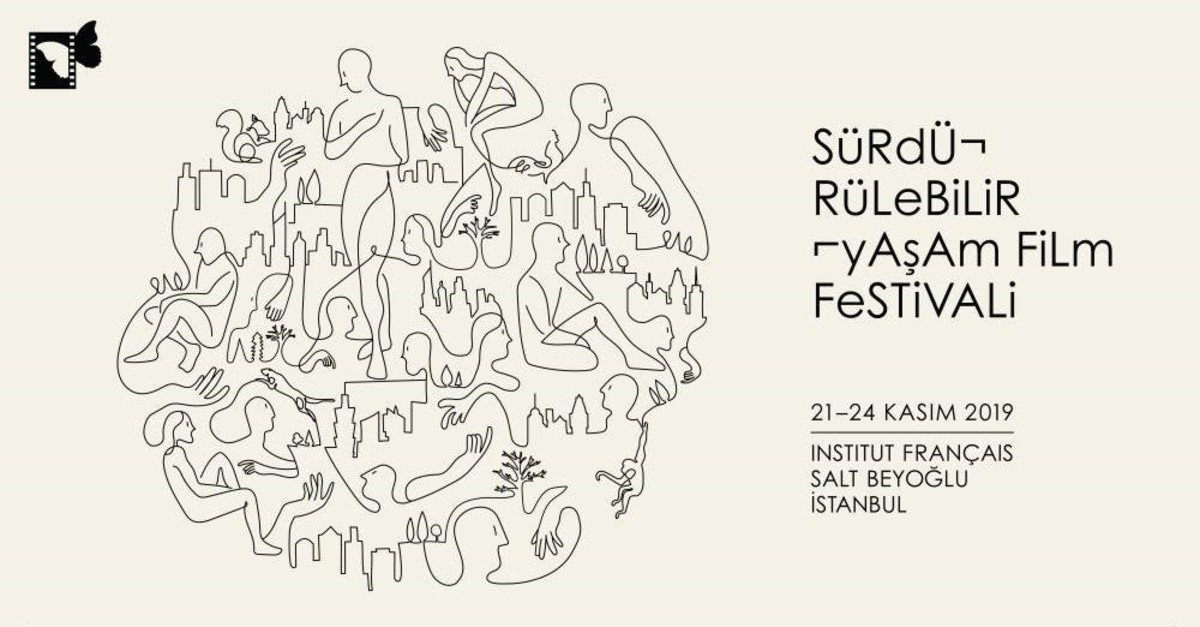 The festival will run until Nov. 24.
by Daily Sabah Nov 20, 2019 6:49 pm
Held for the first time in 2008, the Sustainable Living Film Festival (SLFF) tries to create a better understanding on the concept of sustainability. This year’s festival, hosted by Institut Français and SALT Beyoğlu in Istanbul between Nov. 21 and 24, has prepared its selection again with the belief that sustainability of life is what matters.
The feature and short documentaries in the selection push the audience to restore their connection with themselves, other people and the planet. They present an integrative perspective on many issues including local economies, tourism, climate change, social entrepreneurship, sustainable forestry and child slavery, etc. Here are the feature documentaries of the festival:
‘2040’
Directed by Damon Gameau, “2040” is a hybrid feature documentary that looks to the future. It makes the audience embark on a journey to explore what the world could look like by the year 2040.
‘A Bold Peace’
More than 70 years ago, Costa Rica became one of the rare nations in the world to disband their military and redirect national resources toward education, health and the environment. The World Database of Happiness lists Costa Rica as number one in self-reported happiness and number one in happy life years.
‘Ekotopia’
Directed by Ufuk Tambaş, “Ekotopia” (“Ecotopia”) tells the story of people who live in a village at an altitude of 2,400 meters in the eastern part of Turkey.
‘Inventing Tomorrow’
In "Inventing Tomorrow" directed by Laura Nix, the audience meets passionate teenage innovators who are creating cutting-edge solutions to confront the world’s environmental threats.
‘Invisible Hands’
Directed by Shraysi Tandon, the film digs deep into a modern slavery system supported by some of the world’s largest companies. Filmed in six countries, the production exposes child labor and trafficking of the world’s biggest corporations, which produce some of our most loved items.
‘Le Temps des Forêts’
Directed by François-Xavier Drouet, "Le Temps des Forêts" ("The Time of the Forests") offers a trip to the heart of industrial forestry and its alternatives.
‘Overbooking’
Everything has a price. The island of Mallorca, one of the cradles of mass tourism, is visited each year by many tourists. However, high pollution levels, the destruction of virgin landscapes, diminishing natural resources are what returns to the island. Is this model of tourism sustainable? Directed by Alex Dioscorides Gomis, the film asks this question.
‘Push’
Directed by Fredrik Gertten, the film investigates why we can’t afford to live in our own cities anymore. Housing is a fundamental human right but in cities all around the world, having a place to live is becoming more and more difficult.
‘Redefining Prosperity’
"Redefining Prosperity" is the story of the transformation of culture and economy in California’s largest Gold Rush town, Nevada City. The little town shows the importance of working together at the local level in production and is directed by John de Graaf.
‘Setting the Bar: A Craft Chocolate Origin Story’
Directed by Tim Shephard, the film tells the story of chocolate from a bean in the Amazon to a bar in high-end cafes and stores. Consumers are more willing to pay a premium for sustainable goods, but does this create a better economic outcome for everyone involved?
‘Soufra’
Directed by Thomas A. Morgan, “Soufra”revolves around the inspirational story of social entrepreneur Mariam Shaar. It follows Mariam while she sets out against all odds to change her fate by launching a successful catering company called “Soufra.”
‘The Great Green Wall’
The documentary directed by Jared P. Scott is about the emergence of a new wonder changing lives on the African continent.
‘Utopia Revisited’
Apart from capitalism, is there another social model worth discussing? Protagonists of four projects say yes and take the audience on their personal journey to the promising possibilities of living fairly.
Last Update: Dec 20, 2019 1:49 am
RELATED TOPICS