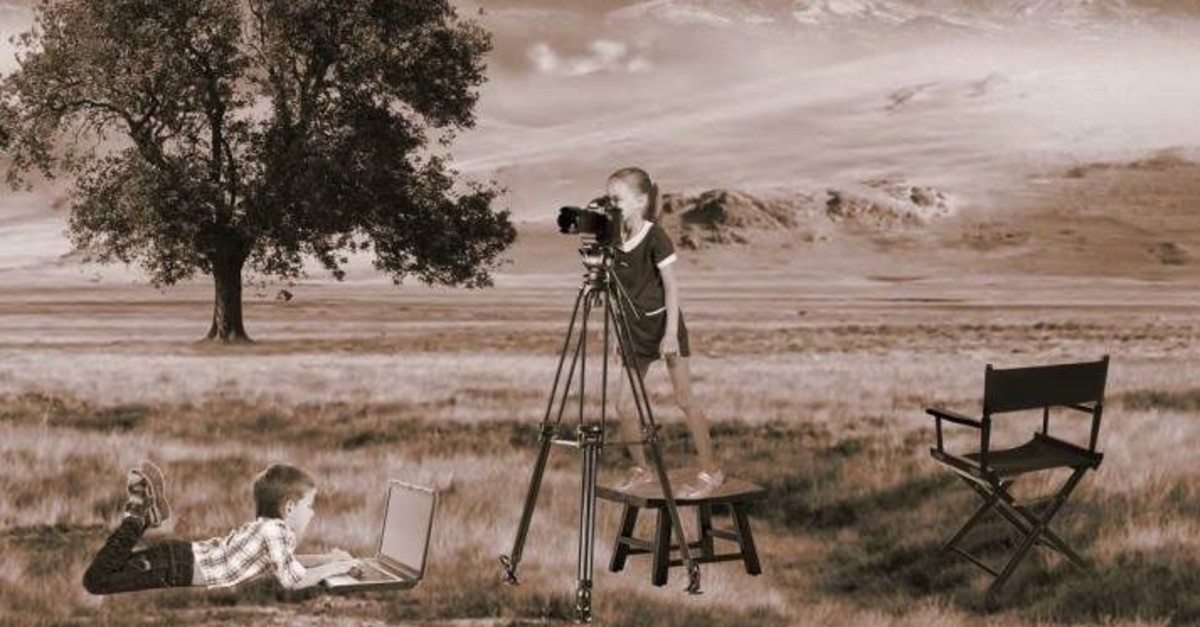 A total of 10 films will compete for the Golden Plane Tree award at the festival.
by Daily Sabah Nov 24, 2019 5:23 pm
The Kayseri Film Festival, supported by the Culture and Tourism Ministry’s General Directorate of Cinema, will be hosted by Talas Municipality in the central Anatolian Kayseri province for the seventh time this year. The festival will be held by the Anadolu Filmmakers’ Association under the direction of Kadir Turna.
A total of 10 films will compete for the Golden Plane Tree award at the festival, which will start on Nov. 28 and run until Dec. 1. Festival Director Kadir Turna said that they broke their own record in the short fiction and documentary film category, adding, “We are a team that starts working every year with good intentions and beautiful dreams. We are a festival that respects dreams as much as reality. The cinema tells the truth, as well as embellishes our dreams. This year, we have set our slogan ‘cinema makes dreams real and realities dream’ which we think will make moviegoers feel the magical impact of cinema. We have prepared four days full of films, workshops, exhibitions, interviews and panels where cinegoers in Kayseri can dream.”
10 films vying for Golden Plane Tree award
The films will compete for a monetary award of TL 30,000 and the Golden Plane Tree at the National Feature Film Competition which brings together major domestic films of the year. The competition jury, consisting of filmmaker, director and scriptwriter Abdullah Oğuz as the jury head, actress İpek Tuzcuoğlu, actor, scriptwriter and filmmaker Görkem Yeltan, editing director Mustafa Preşeva and photography director Gökhan Atılmış, will choose the best domestic film of the year.
The films to compete are “Aidiyet” (“Belonging”) by Burak Çevik, “Dilsiz” (“Tongueless”) by Murat Pay, “Kapan” (“Trap”) by Seyid Çolak, “Kovan” (“The Hive”) by Eylem Kaftan, “Görülmüştür” (“Seen”) by Serhat Karaaslan, “Kızım Gibi Kokuyorsun” (“Scent of My Daughter”) by Olgun Özdemir, “Küçük Şeyler” (“Little Things”) by Kıvanç Sezer, “Omar ve Biz” (“Omar and Us”) by Maryna Er Gorbach and Mehmet Bahadır Er, “Peri: Ağzı Omayan Kız” (“Girl with No Mouth”) by Can Evrenol and “Saf” (“Pure”) by Ali Vatansever.
The Movie Critics’ Association (SİYAD) jury, consisting of movie critics Burçak Evren, Coşkun Çokyiğit and Fırat Sayıcı, who will determine the film to be awarded the SİYAD award.
The National Short Fiction Film Competition Jury, consisting of filmmaker Bulut Reyhanoğlu, scriptwriter and director Vuslat Saraçoğlu and actor Emre Kızılırmak, will evaluate “Avarya” by Gökalp Gönen, “Değişen Bir Dünyaya Karşı” (“Against a Changing World”) by Koray Arıgümüş, “Finiş” by Benhür Bolhava, “GK” by İnan Erbil, “Gümüş” (“Silver”) by Deniz Felek, “Mutavva” by Berk Sata and Mert Sata, “Reddedilen” (“The Disowned”) by Onur Doğan, “Servis” (“Service”) by Ramazan Kılıç, “Taş” (“Stone”) by Alican Yücesoy, and “Yasemin Adında Bir Salon Bitkisi”(“A Plant called Yasemin”) by Erinç Durlanık.
The National Short Documentary Film Competition jury, consisting of director Ertuğrul Karslıoğlu, director Müjgan Taner and academic and director Musa Ak, will evaluate “Amina” by Kıvılcım Akay, “Ardında Kalanlar” (“The Left Behind”) by Nuray Kayacan, “Asfaltın Altında Dereler Var” (“Rivers Underneath the Asphalt”) by Yasin Semiz, “Bir Rüya Gördüm” (“I Had a Dream”) by Burcu Esenç, “Gökdelenlerin Gölgesinde Yaşamak” (“Living in the Shadow of Skyscrapers”) by Furkan Ruşen, “Kudüsün Işıkları” (“Lights of Jerusalem”) by Abdülgafur Şahin, “Olmaz Dediler Oldu” (“They Said No, but It Happened”) by Sinan Bal, “Paradoks Bir Koşu” (“A Paradoxical Race”) by Evrim İnci, “Sezen Sokakta” (“Sezen on the Street”) by Bedran Güzel and “Son Kabileler” (“The Last Tribes”) by Ebru Çakırkaya.
Festival interviews and masterclasses
The festival will feature interviews and panels as well as film screenings. Master players Yusuf Sezgin and Suna Yıldızoğlu will share their memories with their fans in two interviews as part of “Yeşilçam Talks.” Award-winning cinematographer and master class and actor-director Aydın Orak will hold a workshop on acting. The panel titled “Joint Production Process for Independent Production" will be moderated by Belkıs Bayrak and joined by TRT Joint and External Productions Manager Faruk Güven and producer Halil Kardaş. In addition, the festival will be hosting two different exhibitions featuring photographs of both the immortal artists of Yeşilçam and the master actress Hülya Koçyiğit.
The Golden Plane Tree Awards will be presented at the gala night on Dec. 1.
Last Update: Dec 20, 2019 1:53 am
RELATED TOPICS