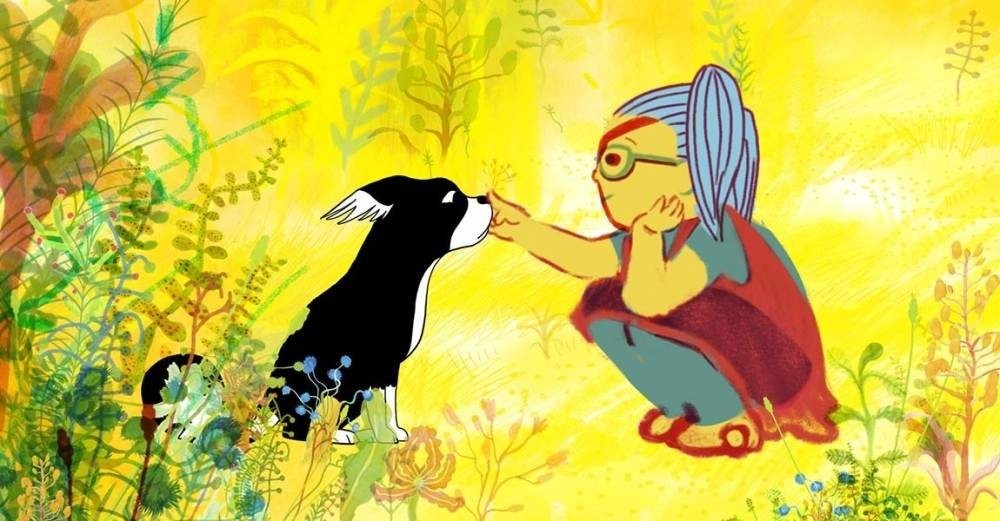 Traveling to three cities in Turkey, the Film Festival on Wheels continues to entertain audiences with new, silent and Libra films

The Film Festival on Wheels, organized by the Ankara Cinema Association with contributions from the Culture and Tourism Ministry, is setting out to present an unforgettable selection of films in its 25th year. The festival will kick off in the capital Ankara from Nov. 29 to Dec. 5, traveling to Turkey's northernmost city Sinop from Dec. 6 to Dec. 8 and then to northern Kastamonu province from Dec. 9 to Dec. 12, providing an opportunity to watch inspiring examples of modern cinema and classic films on the big screen.

The festival sets out with the same excitement every year with the goal of presenting outstanding examples of cinema in different cities around Turkey and being instrumental in encounters that enrich our cultural life.

This year’s festival program has several classic sections, including “World Cinema,” “The Short is the Good,” “For Children,” “Turkish Cinema” and “Silent Cinema,” as well as thematic film selections specially prepared for the 25th year. The poster of the festival was prepared by Behiç Ak, a master illustrator who has been supporting the festival with his unique designs since 1995.

A selection of the latest films, including those screened and awarded in major festivals, will meet the audience in the “World Cinema” section, as in previous years. Here are the films to be screened in this section:

“Nech je svetlo” (“Let There Be Light”), Slovakia's Oscar nominee and the second feature film by Slovak director Marko Skop, is based on a family story about today's Europe, where the extreme right is gradually rising and where hate culture prevails in every aspect of life. The film, which won the Ecumenical Jury Special Award and the Best Actor Award at the Karlovy Vary Film Festival, is one of the most remarkable productions of the year.

“Nuestras Madres” (“Our Mothers”), which won the Golden Camera award for the best first film in the Critics' Week section of Cannes Film Festival and later attracted attention at many festivals, is the first fiction film by Guatemalan filmmaker Cesar Diaz, who has been working on documentaries in France for more than 10 years. In the film, Diaz explores a dark period in the history of his native Guatemala.

“A Vida Invisivel” (“Invisible Life”) by Karim Ainouz – who is known for his “Madame Sata,” “O Abismo Prateado” (“The Silver Cliff”) and “Praia do Futuro” ("Futuro Beach") – tells the story of two powerful women in Rio de Janeiro who have to deal with oppression and prejudice in the 1950s. The film, awarded in the Un Certain Regard section of Cannes Film Festival, will represent Brazil at the Oscars next year.

Romanian filmmaker Anca Damian's new film “L'extraordinaire voyage de Marona” (“Marona's Fantastic Tale”) is one of the most remarkable animations of the year with its creative visuals, poignant story and ingenious narration.

Documentary filmmaker Eliza Capai's “Espero tua (re)volta” (“Your Turn”), which was granted the Amnesty International Award at this year’s Berlin Film Festival, explores the social movement which has influenced Brazilian society recently through the intertwined stories of three young activists who want to claim their future.

“Alice,” the first feature length film by Josephine Mackerras, known for her short films, was awarded at the South By Southwest Film Festival. The film is about the extraordinary struggle of a mother whose sheltered life suddenly turns upside down.

“Rare Beasts” is the first film by famous British actress Billie Piper, known for her roles in TV series. The film, which premiered at the Venice Film Festival, is a unique dark comedy that reverses romantic comedy clichés.

Brazilian director Sandra Kogut's first film, “Três Verões” (“Three Summers”), which premiered at the Toronto Film Festival and won the Golden Orange for lead actress in Antalya recently, tells the story of recent financial corruption in Brazil through the eyes of women who work at the house of a wealthy family.

“Beol-sae” ("House of Hummingbird”), which was chosen as Best Film in the Generation 14+ section of the Berlin Film Festival and won awards at many festivals last year, is the first feature film by Bora Kim, a South Korean filmmaker known for his short films. The film, highly praised by movie critics, is the story of a 14-year-old girl in search of love.

“Aru Sendo No Hanashi” (“They Say Nothing Stays the Same”) – the first directorial debut by young star Joe Odegari, one of the best actors of his generation in Japan, and master cinematographer Christopher Doyle – received very positive responses at all the festivals it attended. The film, which attracts attention with its ambitious visual design, recently won a Golden Orange in the International Competition section of the Antalya Golden Orange Film Festival.

Each year, the Festival on Wheels program includes a special film selection prepared by a figure from the cinema world. The guest of this section in this year’s festival is Fatih Özgüven, a master translator and writer who is known for his original movie critiques that sometimes rile, sometimes make you laugh, but are always thought-provoking, opening new horizons in the mind and inspiring admiration. Three films will be presented to the audience in a selection that Özgüven calls “Libra Films,” which are created by the author reflecting on the personality and choices of characters who vacillate between two extremes like a typical Libra person suffering from indecision. These films are “Tristana,” “Ordet” and “Le Feu Follet” (“The Fire Within”).

In its 25th year, the festival will offer the opportunity to watch three rare works of silent cinema accompanied by live music. These three films are “Tamilla,” “Oblomok imperii” (“Fragment of an Empire”) and “Smouldering Fires.”