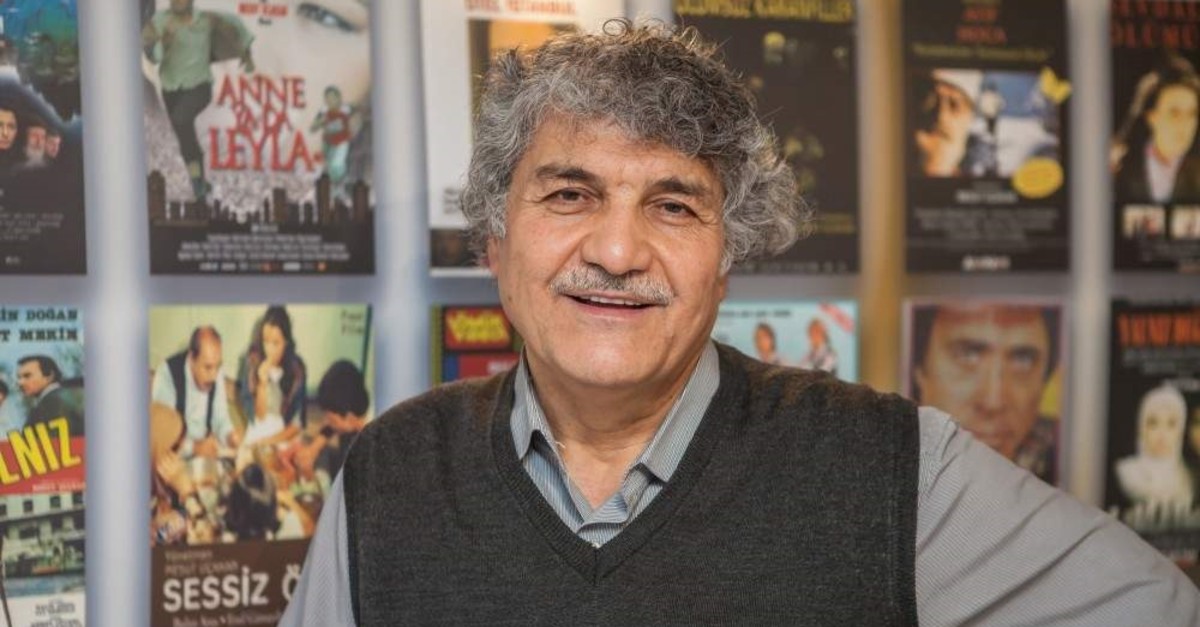 by Anadolu Agency Nov 29, 2019 6:33 pm
Mesut Uçakan has been honored with a Presidential Culture and Arts Grand Award for his lifelong efforts to showcase the national and local identity of Turkish cinema through his unique lens.
In an interview with Anadolu Agency (AA), Uçakan stated that such awards were of great value to artists, but that artists should never work in order to get awards. “It is impossible not to be honored when an award comes from the highest authority in the country and upon the authority of such a precious, strong and intellectual team,” the director stated.
Looking back on his cinematic career, Uçakan stated: “When we first stepped into Turkish cinema, we were pushed around, harassed, ostracized, beaten and barely considered human by reactionaries and bigots. We were excluded from society. Then, when the 'post-modern coup' took place, those fighting for our cause got derailed. They began targeting us more severely. That is why I never put faith in the idea of awards. I did not expect them too much.”
The artist must first aspire to the award given by the creator, Uçakan said, adding that sometimes, although it may be easier to go somewhere else, what is important is to stay focused.
Extending thanks to President Recep Tayyip Erdoğan and the members of the Presidential Culture and Art Policy Committee, who voted to select Uçakan for the award, he said, “I'm honored, I pay my respect to all of them.”
The director started in the movie industry in 1977, releasing his debut “Lanet” (“The Curse") in 1978. He is known for the films "Reis Bey," “İskilipli Atıf Hoca / Kelebekler Sonsuza Uçar” (“Atıf Hodja of Iskilip / Butterflies Fly Forever”), "Kavanozdaki Adam” (“The Man in the Jar”), "Yalnız Değilsiniz” (“You Are Not Alone”), “Ölümsüz Karanfiller” (“Immortal Carnations”) and “Anka Kuşu” (“The Phoenix”).
Mesut Uçakan's latest work, “Suveyda,” which will soon hit cinemas, follows the character of Hadim, an 11-year-old who aims to become a hafiz, one who memorizes the entire Quran by heart. The film takes place in a small Turkish village in the 1930s and 1940s.
Last Update: Dec 20, 2019 2:02 am
RELATED TOPICS