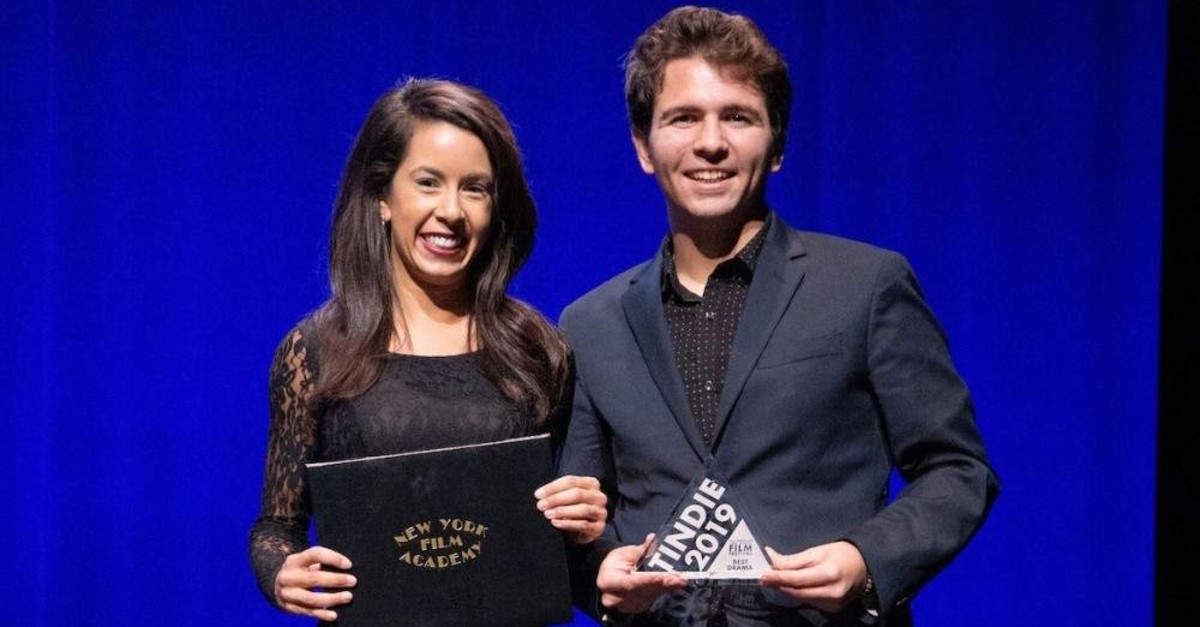 Nepal Arslan, an 18-year-old Turkish director, has won the best film award in the drama category with his short film “Strings” at the All-American High School Film Festival (AAHSFF), the world's largest high school film festival organized by the New York Film Academy.
Considered the world's largest inter-high school film festival, the All-American High School Film Festival hosted approximately 5,000 films from more than 40 countries this year. In the festival organized by the New York Film Academy, one of the world's most prestigious film schools, young Turkish director Nepal Arslan's “Strings” won the “Best Drama” award. Nepal Arslan, currently continuing his education at New York University Tisch School of the Arts Film Program, was also granted a $45,000 scholarship to continue his film studies.
Delivering a brief speech at the award ceremony, Nepal Arslan shared his passion for film and storytelling. “Since my childhood, I have dreamed of being a filmmaker. I have constantly tried to improve myself in this area. I have shot a lot of short films and commercials. I am honored that my last work, ‘Strings,’ was awarded the grand prize. I believe it is a special story that will encourage people to do better and inspire both themselves and those around them,” he said.
Nepal Arslan's “Strings,” a 12-minute short film, deals with how a young girl overcomes the pressure she encounters in school and family life. The film tells how the young girl, who plays cello and struggles with ambition for her classical music career, copes with the expectations upon her as well as her turbulent and emotional relationship with her father and teacher.
The AAHSFF is a festival where young filmmakers from around the world come together at the New York Film Festival. Future filmmakers are rewarded for their works and are provided support to continue their education. The festival, which helps young people discover themselves, is a stage for numerous projects and provides young people with opportunities for higher education, scholarships and technical equipment.
Last Update: Dec 20, 2019 2:01 am
RELATED TOPICS