'Count Us In!' shows Turkish indie films at Istanbul Modern 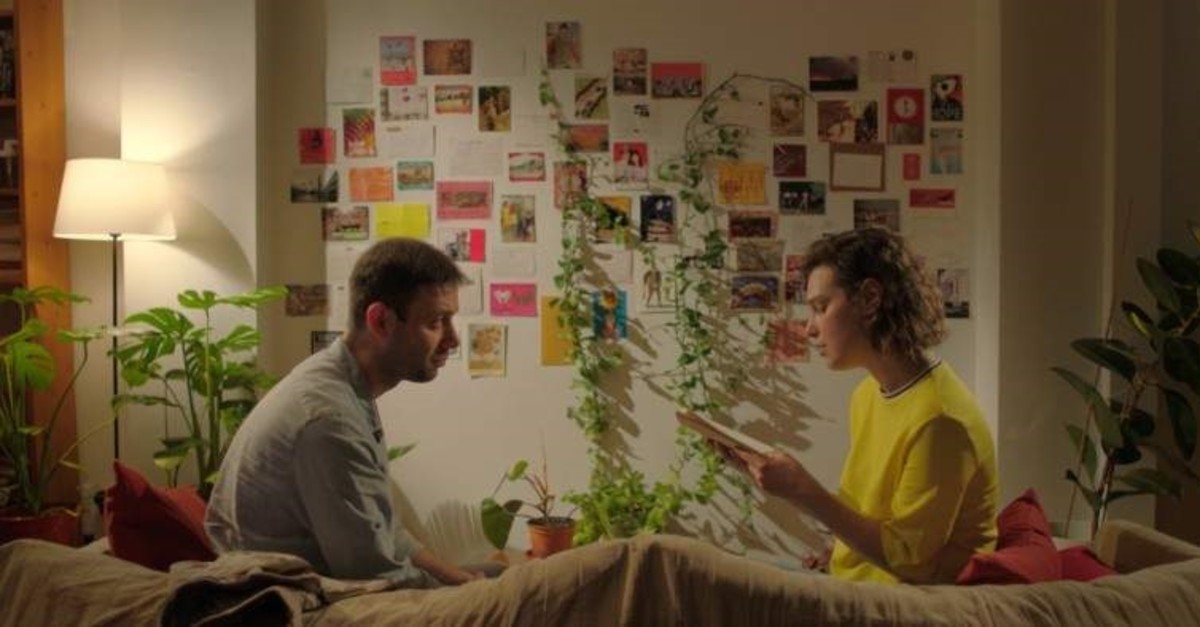 Istanbul Modern Cinema's 'Count Us In!' program brings the newest productions of Turkish cinema to viewers from Dec. 5-22

New voices and diverse stories, characters and narrative styles of non-mainstream films will be the focus of Istanbul Modern Cinema's eighth "Count Us In!" program. From feature-length films to shorts, audiences will be introduced to directors, cast members and film production teams with this program.

Directed by Burak Çevik and starring Eylül Su Sapan and Çağlar Yalçınkaya, “Aidiyet” (“Belonging”) will be screened on Dec. 15 and 19 at 5 p.m. with the attendance of the director. “Aidiyet” reveals the background story of a murder committed in Istanbul’s İkitelli neighborhood. In the second half of the movie, the audience witnesses the night when the couple who planned this murder first encountered each other. Based on a true story, including some autobiographical elements, the film traces events from the present to the past.

Directed by Kıvılcım Akay, “Amina” will be shown on Dec. 14 at 1 p.m. and Dec. 19 at 3 p.m with the attendance of the film team. The film introduces Senegalese immigrant Amina, who has been working as a model for a clothing company in Istanbul for seven years as she does not have the means to live in her own country. Despite facing various challenges in this metropolis, she never stops dreaming.
‘Baştan Başa’

Co-directed by Aylin Kuryel and Fırat Yücel, “Baştan Başa” (“Heads and Tails”) will be on the big screen on Dec. 19 at 1 p.m. and on Dec. 22 at 5 p.m. The directors Kuryel and Yücel will attend the screenings. The film is about the journey of human hair sold by suitcase traders in Turkey to wig makers in Israel. This journey from hand to hand of the hair, the actual source of which is never seen, offers a glimpse into a little-known world.
‘Görülmüştür’

“Görülmüştür” (“Passed by Censor”), directed by Serhat Karaaslan and starring Berkay Ateş, Saadet Işıl Aksoy and Füsun Demirel, will be screened on Dec. 5 at 5 p.m. and Dec. 22 at 1 p.m. On Dec. 22, director Karaaslan and producer Serkan Çakarer will attend the screening. The film turns cameras on a prison where a police officer named Zakir reads letters and censors objectionable content. It traces this man’s curiosity which turns an obsession, and how this situation takes over his entire life. The film explores individual restriction and silence.

Directed by Ömür Atay, “Kardeşler” (“Brothers”) features Yiğit Ege Yazar, Caner Şahin and Gözde Mutluer. The production will be screened on Dec. 7 at 3:30 p.m. and on Dec. 12 at 1 p.m. Director Atay, producer Funda Ödemiş, director of photography Emre Tanyıldız, art directors Emre and Meral Yurtever and the leading actors will attend the screening on Dec. 7. In the film, a young man named Yusuf helps his older brother Ramazan kill their sister. As he is underage, he takes the blame and is then imprisoned. After he gets out of jail, he cannot convince anyone around him that he did not kill his sister. His anger toward his brother therefore grows day after day.

“Kronoloji” (“Chronology”), starring Birkan Sokullu, Cemre Ebüzziya, Tansu Biçer and Serkan Keskin, will be presented on Dec. 5 at 7 p.m. and Dec. 7 at 5:30 p.m with the attendance of director Ali Aydın. The production presents well-off couple Nihal and Hakan. The married couple finds out that they will not able to have children despite treatment. After this, Hakan sees his wife with a man that he does not know and Nihal does not return home at night. The director changes the chronology of the events in this film and questions patriarchal society.

Directed by Kıvanç Sezer, “Küçük Şeyler” (“Little Things”) stars Alican Yücesoy, Başak Özcan and Bülent Emrah Parlak. The screening of the movie is scheduled for Dec. 8 at 5:30 p.m. and Dec.12 at 7 p.m. Yücesoy will attend the screening on Dec. 8 while Sezer and Özcan will attend the second screening. The movie is the second film of director Sezer’s “housing trilogy,” the first installment of which, “Babamın Kanatları” (“My Father’s Wings”), was featured in a previous "Count Us In!" program. This time, the director focuses on the customer axis of the worker-customer-contractor triangle. The production takes a humorous look at the psychological consequences of economic change on society and the individual.

Directed by Tarık Aktaş, “Nebula” (“Dead Horse Nebula”) will be screened on Dec. 8 at 3:30 p.m. with the attendance of the director and on Dec.19 at 7 p.m. The debut feature earned Aktaş the award for Best Emerging Director at the Locarno Film Festival. It follows the change of perception in Hay, the protagonist of the movie, on life, nature, earth and humans.

Directed by Ali Vatansever, “Saf” will be screened on Dec. 12 at 5:15 p.m. and on Dec. 22 at 3 p.m. with the attendance of the film team. The movie questions concepts such as immigration, labor and morality with the difficult life of the couple Kamil and Remziye. The film premiered at the Toronto Film Festival, and earned Vatansever the Best Film Director award at the Bari International Film Festival.

“Şehitler” (“Heroes”), directed by Köken Ergun, will be screened at 1 p.m. on Dec. 8 with the attendance of the director and on Dec. 21 at 1 p.m. The director’s first feature-length documentary follows people visiting the monuments in Gallipoli and explores the concepts of national identity, cultural ritual and “tourism of martyrdom.”

Directed by Zeynep Güzel, “Yaz Kış Demeden” (“Come Rain or Shine”) will be on the big screen on Dec. 5 at 3 p.m. and Dec. 7 at 1 p.m. with the participation of the director. In the film, Güzel travels from Turkey to Armenia to map out the history that is embedded in this geography. She searches for traces of her own family history while also seeking answers to the question, “Which places, which people, which objects can be the bearers of history?”

Directed by Emre Yeksan, “Yuva” (“Home”) will be screened on Dec. 12 at 3 p.m. with the participation of the director and on Dec. 14 at 5 p.m. In his second feature film, Emre Yeksan focuses on the relationship between Hasan and his brother Veysel, who has left his life in the city to live in a forest, in the heart of nature. Through its immersive sound design and cinematography, the movie takes the viewers on a magical journey into the universe it creates.

Directed by Ceylan Özgün Özçelik, “Cadı Üçlemesi 13+” (“Witch Trilogy 13+”) will be screened on Dec. 22 at 6 p.m. with the attendance of the film team. The movie begins with "13+," a short thriller-drama, and continues with a documentary and a final feature-length film that combines fantasy and dark comedy.

The program also includes two short film programs. Among these films are “Ablam” (“My Sister”), “Yabancı” (“The Stranger”), “Tapınak Şövalyeleri” (“The Knights’ Templar”) and “Aylin.” For detailed information about the feature films and short film selections, you can visit Istanbul Modern's website.