SALT's film program asks: 'Is This Our Last Chance?' 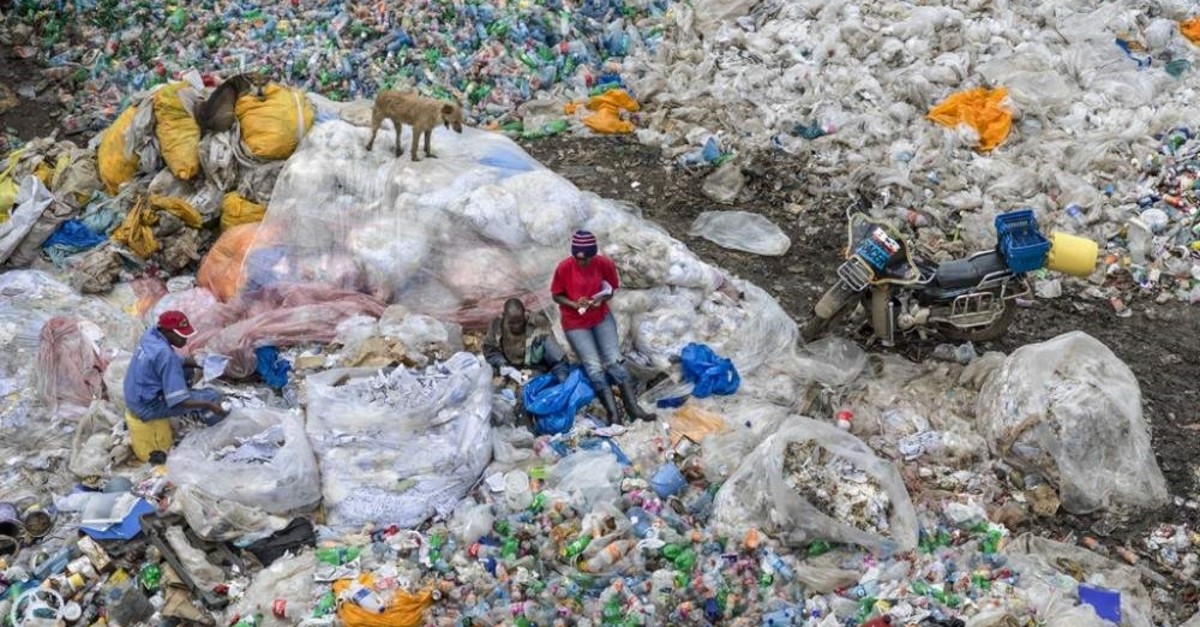 SALT’s “Is This Our Last Chance?” program, which first launched five years ago in line with the United Nations Paris Climate Change Conference (COP21), offers a number of valuable documentaries focusing on the dangers faced by our planet in the form of pollution, climate change, the extinction of species, overpopulation, overconsumption, climate refugees and more.
As part of the program, a selection of a total of 40 documentary films exploring the environmental, cultural, and economic aspects of climate change have been screened both in Istanbul and Ankara provinces since 2015, one of the hottest years recorded in history. This year, eight documentaries greet audiences at SALT Beyoğlu in Istanbul between Dec. 3 and Dec. 8 while five others will be screened at Goethe-Institut in Ankara between Dec. 18 and Dec. 20.
The program aims to encourage all of us to consider our responsibilities to the planet and our individual and global impact on the environment. The films in the program are screened with subtitles and are totally free to view for the public.
So far, screenings have comprised of “Soyalism,” directed by Stefano Liberti and Enrico Parenti and “Anthropocene: The Human Epoch,” directed by Jennifer Baichwal, Edward Burtynsky, Nicholas de Pencier. Meanwhile, Dec. 4 saw the screening of “Aquarela,” directed by Victor Kossakovsky.
Upcoming features
On Dec. 6, “Girt” by Sasha Friedlander and Cynthia Wade will hit screens at 7 p.m. The 80-minute documentary, which will go on show with Indonesian, Turkish and English subtitles, focuses on the major mud volcano eruption which struck eastern Java. Since it occurred in 2006, arguments have raged over whether it was an earthquake or an accident produced by a multi-national company that was drilling for natural gas in the area. Some 16 villages were destroyed, with many schools, hospitals and public amenities submerged under the mud, while almost 60,000 people were displaced.
On Dec. 7, two documentaries will go one show at SALT Beyoğlu. The first one is “Artifishal,” by Josh Murphy. The documentary, which is about people, rivers, and the fight for the future of wild fish and the environment that supports them, will be screened at 6 p.m. with English, Turkish subtitles. The 70-minute production will explore wild salmon’s extinction. This fish is under threat due to the impact of fish hatcheries and fish farms, and the effect of aquaculture and human ignorance. Focusing on the salmon farming industry in countries like Iceland, Norway, Scotland, and Ireland, the film investigates the mistaken belief that engineered solutions can make up for habitat destruction. The second documentary of the day will be “The Hottest August,” by Brett Story. The production will be presented with English and Turkish subtitles at 7:30 p.m. The film focuses on climate change and ponders differing perspectives on the future as seen in New York and its environs, in august 2017.
On Dec. 8, SALT Beyoğlu will offer “Chaman,” by David Gomez Rollan at 2 p.m. with Mongol, English; Turkish and English subtitles and “The Reluctant Radical” by Lindsey Grayzel at 4 p.m. with English, Turkish subtitles. The 82-minute production highlights the relationship between humans and their natural surroundings and explores the recent rise of shamans as custodians of nature. The director gathers various stories in which everything about wildlife, nomads, artisanal miners, climate refugees, and shamans are intertwined.
Meanwhile, on the same day, “The Reluctant Radical” focuses on environmental activist Ken Ward, whose strong sense of responsibility for future generations leads him to non-violent civil disobedience, even risking prison. The film reveals both the personal costs and also the inner fulfillment of an activist's life, leaving the audience wondering if Ward is out of touch with reality or it is the rest of society that is delusional.
The films will also be screened in Ankara with the program to be announced on SALT's website and social media accounts soon.