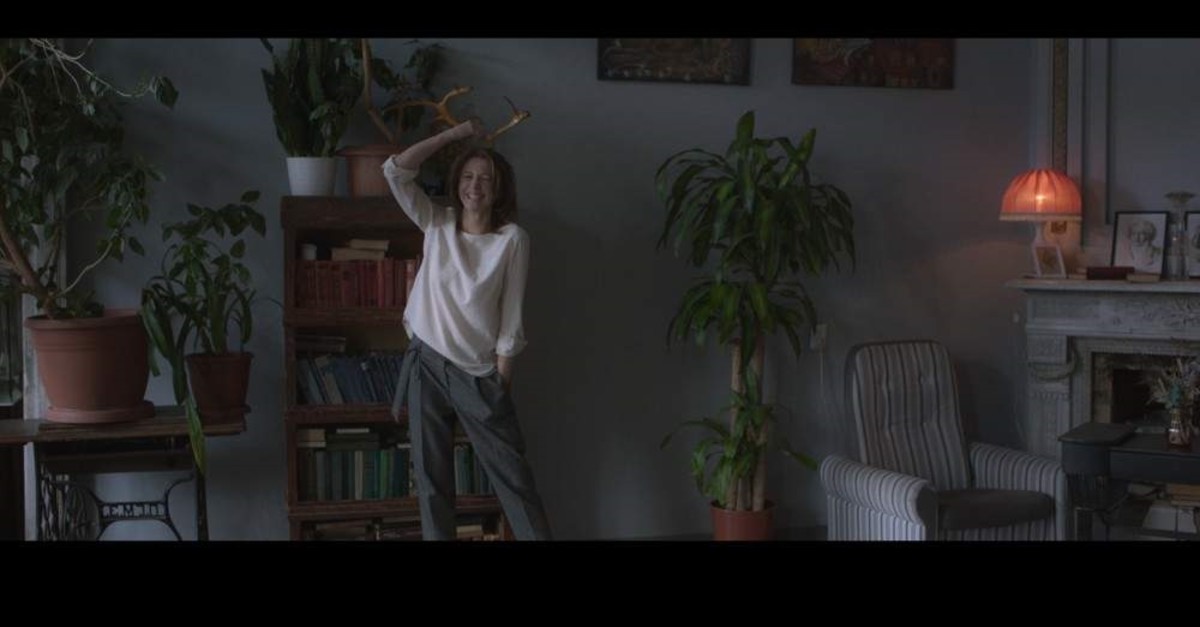 The 22nd edition of the Rendezvous Istanbul International Film Festival, which showcases outstanding movies from a different country every year, will feature Russian cinema this time around

The Rendezvous Istanbul International Film Festival, organized by the Turkish Foundation of Cinema and Audiovisual Culture (TURSAK) with the support of the Ministry of Culture and Tourism, is preparing to meet moviegoers for the 22nd time. The festival, which hosts films and the film industry of a different country every year to develop cultural and sectoral sharing and cooperation, is scheduled for Dec. 20-26. The highlight of this year's festival is Russia, which, as with other art fields, has produced many actors and directors intertwined with social life and who aim to reflect societal realities.
This year, the festival presents films representing Russian and Turkish cinema under the sections: Russian Feature Fiction, Russian Short Film, National Feature Film, National Feature Film Animation and National Short Film.
The films will be screened at the Nişantaşı City's shopping mall on Abdi İpekçi Street. In addition to film screenings, the Russian Cinema Sector Panel and Russian-Turkish Cinema Sectors Meeting will bring together the cinema sectors as part of the festival. The event “Film in Turkey,” will discuss a new law that encourages foreign producers to shoot films in Turkey and will welcome distinguished figures from the Union of Russian Producers to talk about this and their future plans for filming in Turkey.
The fairy-tale house of Russia
This year, Rendezvous Istanbul’s poster features drawings similar to the Cathedral of Vasily the Blessed, the fairy-tale castle coloring the Red Square in Moscow. The banner prepared by graphic designer Kemal Ökten draws the audience into the cinema with the colors of this masterpiece, one of the most magnificent symbols of Russia, and invites them to renew their love of cinema with its fairy-tale selection of films.
22 outstanding Russian cinema examples
The selection “Look at Russia, See the World” consists of director Sergey Kuznetsov’s "7 Boozers," which premiered at the 35th Warsaw Film Festival and tells the story of seven wanderers set out in search of the Holy Bar.
Alexander Boguslavsky’s “Abigail” is a fantastic film that revolves around a young girl living in a city whose borders were closed many years ago because of an epidemic of a mysterious disease and the young girl realizing her city is actually full of magic.
Andrey Myshkin’s “Curiosities” is based on the interest of two people in each other and gives rise to a series of events that are not at all coincidental in a small town called B.
Anna Yanovskaya’s “Exciting Life” is built on the unpredictability of Yakutia's national traditions, full of irony and metaphysics, and about the background of Yakutia cinematography. It was also a winner of the Jury Special Award and Best Actor Award at the Sochi International Film Festival.
Aleksandr Veledinsky’s “V Keiptaunskom Portu" (“In the Port of Cape Town”) is a sophisticated film with a nonlinear narrative in the spirit of the Soloviev and Shakhnazarov’s films of the 1990s shown at the Russian Film Week in Paris and at the selection of Russian films of the 69th Berlin Film Festival.
Konstantin Fam’s “Kaddish,” screened at the Jewish Film Festival and nominated for the 77th Golden Globe Awards, tells the story of two young people from different worlds having to confront the testimony of a former concentration camp prisoner and changing their lives.
"Russkiy Bes” (“Russian Psycho”), which brought the Best Director Award to Grigori Konstantinopolsky at the 29th Kinotavr Film Festival, will also be screened along with "The Soul Conductor,” the first feature film by Ilya Maksimov, which was screened at the 2018 Russian Resurrection Film Festival. Alexander Sukharev’s “Watch My Love,” telling the story of Alexander who grew up in an orphanage, while "We Look Good in Death” is a comedy-melodrama shot in mockumentary format by Boris Gouts.
A total of 12 short films will also be shown in the Short Films from Russia selection, which will add color to the festival from Russia. The selection includes “302 BIS” by Andrey Myshkin, “628” by Anna Kuznetsova, “Electric Current” by Petr Fedorov, “Fair Play” by Denis Kudryavtsev, “Farewell, My Love” by Alexander Tsypkin, Ksenia Rappoport and Pavel Kapinos, “Fuel” by Mikhail Arkhipov, “Living it up” by Yaroslav Lebedev, “Lucky Ticket” by Andrey Korf, “Mommy’s Calf” by Victoria Runtsova, “Shot” by Igor Krasnikov and Vakhtangi Khubutia, “Son” by Mikhail Plotinsky and “Window” by Natalia Kalenova.
Last Update: Dec 20, 2019 2:28 am
RELATED TOPICS