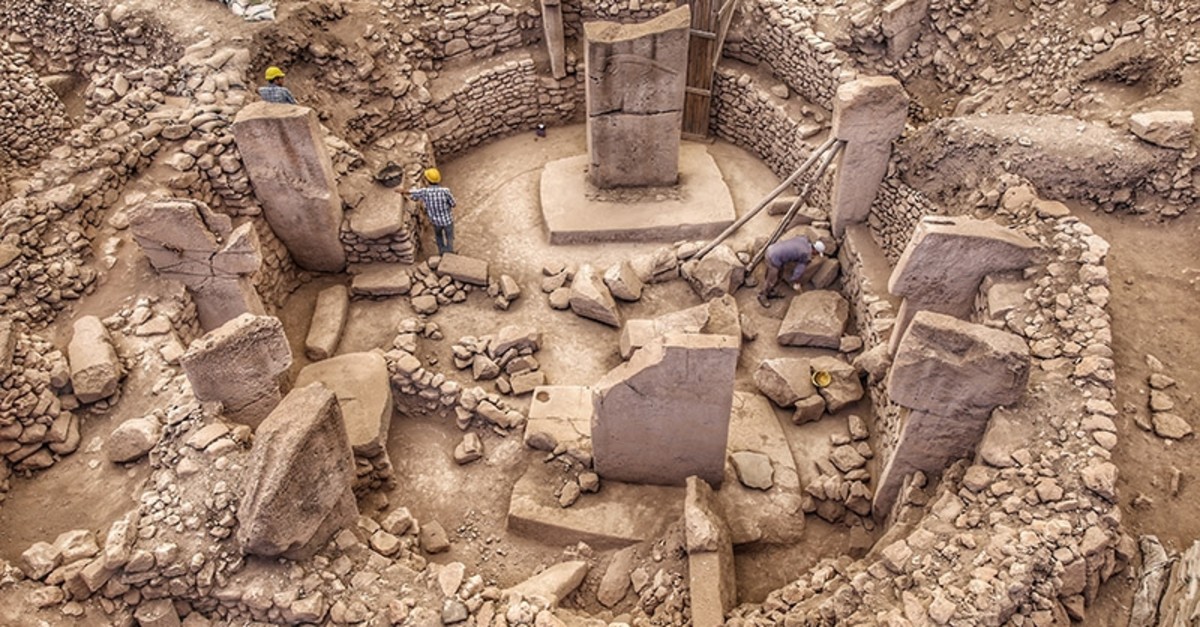 Turkey's Göbeklitepe, home to the world's oldest temple, will be the center of a new Turkish Netflix series “The Gift,” the mystery drama's star actress Beren Saat told reporters Tuesday.
"This is a story born in this part of the world, and Göbeklitepe plays the leading role in the narrative," said Saat, who is best known for her role in TV series “Aşk-ı Memnu” (“Forbidden Love”) and “Fatmagül’ün Suçu Ne?” ("What is Fatmagül's Crime?").
She was speaking at a press screening for “The Gift” in Istanbul. Describing Göbeklitepe as a very important discovery for humanity, the 35-year-old actress said: "We are helping to revive this story. The setting of this story is actually Anatolia," referring to the Turkish heartland.
Göbeklitepe was discovered in 1963 by researchers from the universities of Istanbul and Chicago. It was recognized as an official UNESCO World Heritage Site last year. The German Archaeological Institute and Şanlıurfa Museum have been carrying out joint excavations at the site since 1995. They found T-shaped obelisks from the Neolithic era towering 3-6 meters high and weighing 40-60 tons.
Streaming giant Netflix will release “The Gift,” its second Turkish original series, worldwide on Dec. 27. The show focuses on the story of an artist named Atiye, played by Saat. Her life changes after a discovery at the ancient site of Göbeklitepe.
Originally a book adaptation, the eight-part mystery drama also stars Mehmet Günsür, Başak Köklükaya and Civan Canova. One of the directors of the series, Gönenç Uyanık said he was proud as their show focuses on the story of a powerful woman.
Netflix's first original Turkish series “The Protector” was released in December last year and stars Çağatay Ulusoy as a young shopkeeper who learns he is connected to a secret, ancient order tasked with protecting Istanbul.
In November, the streaming company announced a third Turkish original series by Turkish playwright and actor Berkun Oya. The untitled project will be set in Istanbul.