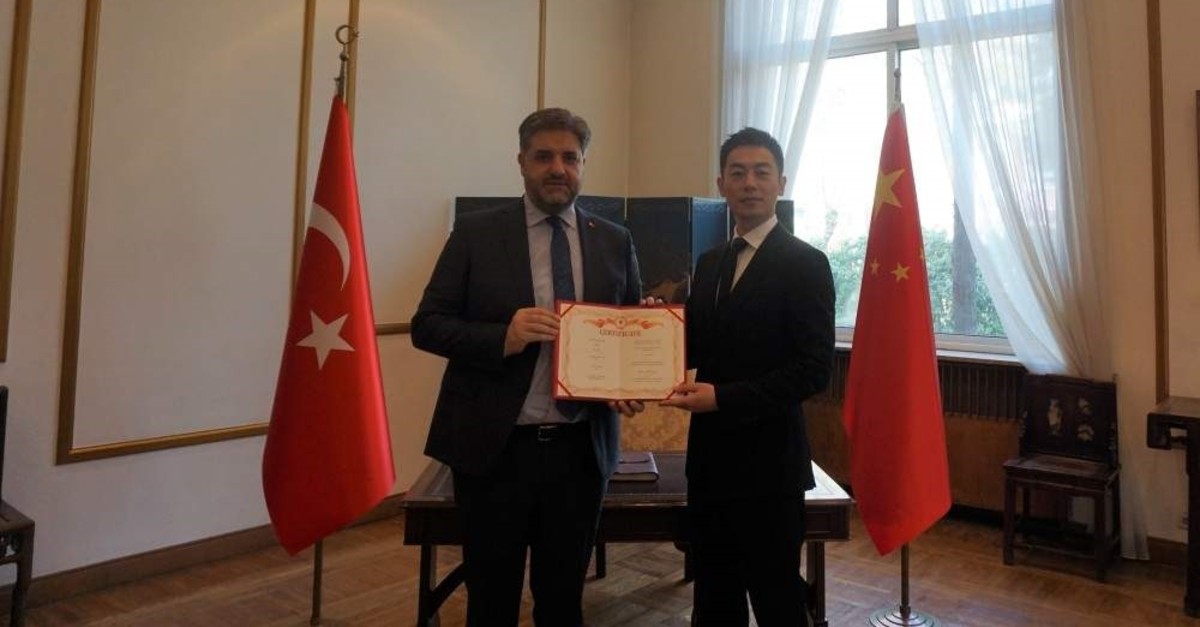 Abdülkadir Emin Önen, Turkey's ambassador to Beijing, announced on Dec. 20 that Chinese actor Zhu Yawen will be Turkey's new tourism ambassador.
Önen welcomed Zhu at the embassy residence in Beijing and discussed with him the developments between the two countries in the areas of culture and tourism.
Recalling that the target of attracting 1 million Chinese tourists to Turkey is a common goal set by President Recep Tayyip Erdoğan and Chinese President Xi Jinping, Önen noted that they are making great efforts to achieve this aim.
Önen invited Zhu to Turkey and consulted with the Chinese artist about the actualization of joint film and series projects between Turkey and China.
Önen also stated that they expect the declaration of a celebrity like Zhu, one of the most notable actors in China, as Turkey’s tourism ambassador in China will make a significant contribution to the promotion of Turkey.
Zhu – who has appeared as a lead actor in many films released in China and has been cited by Forbes magazine as one of China's most famous people – is currently playing the lead role in the costume series “Empress of the Ming,” which chronicles China's Ming Dynasty.
The artist has more than 12.5 million followers on China’s social media platform Weibo.