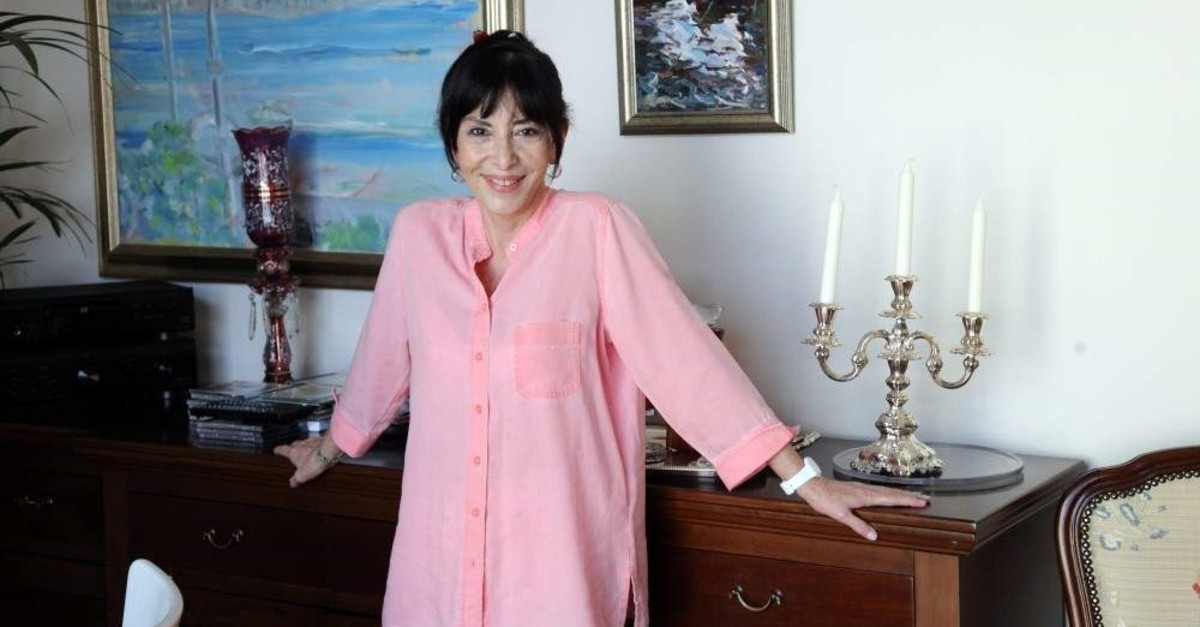 Hu00fcmeyra will be presented Honor award at the Istanbul Film Festival. (Photo by Erkan Sevenler)
by Daily Sabah Jan 07, 2020 6:23 pm

The 39th Istanbul Film Festival's Cinema Awards are to be held by the Istanbul Foundation for Culture and Arts (İKSV) on April 10-21. The Cinema Honor Awards of the festival will be presented to actress Hümeyra and director Birsen Kaya, while the Film Labor Award will go to producer Seher Karabol. The awards will be presented to the winners at the opening ceremony of the festival on Apr. 9.

Musician, composer, songwriter, cinema and theater actress Hümeyra has maintained her originality for many years and has increased her fan base. She won the Golden Record Award many times in her music career, which began in 1969 with her own compositions. In 1980, she appeared before the camera for the first time with the movie "Talihli Amele" ("The Lucky Worker"). Many other productions followed this first one. Along with movies, she also took part in TV series like "Avrupa Yakası" ("The European Side") and "Şahsiyet" ("Persona").

Birsen Kaya, who was one of the first directors and scenarists in Turkish cinema, started her career in journalism as a cinema reporter for a magazine titled Artist. In later years, she became a director assistant and wrote screenplays for adventure movies. Kaya founded her own production company, Ufuk Film, in 1970. Kaya, who says she likes real stories and shooting adventure films, has directed 15 films throughout her career.

Seher Karabol, who has been on the side of labor and the laborer throughout her life, has worked extensively on the copyright in Turkey as well as the development and international promotion of cinema art. She overcame all the obstacles to release Yılmaz Güney films abroad. She then brought these productions to be screened at the San Remo, Berlin and Locarno film festivals. In 1974, she founded Umut Sanat Ürünleri. Umut Sanat has offered the audience in Turkey more than 300 productions, the majority of which are art and independent American films.