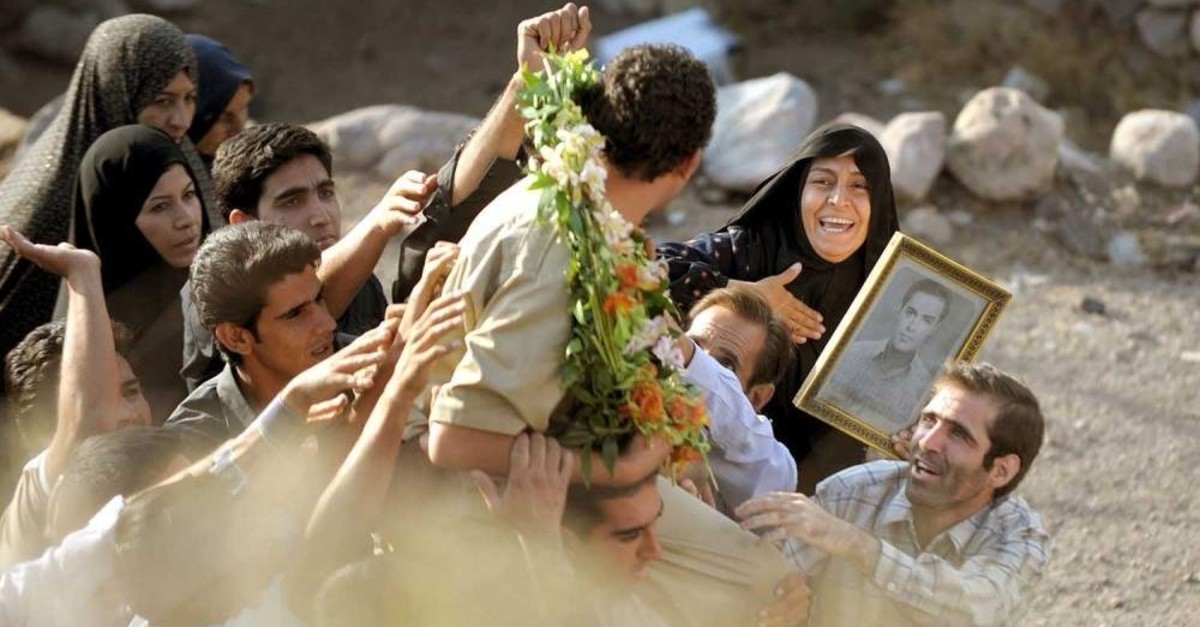 by Daily Sabah Jan 15, 2020 6:23 pm
Beyoğlu Akademi in Istanbul is to hold the Iran Film Days series of events from Jan. 17 to 19. The event, to be jointly organized by the Cultural Attaché of the Consulate General of the Islamic Republic of Iran in Istanbul and the Beyoğlu Municipality, will involve nine separate screenings.

The works to be screened include "Emrouz" ("Today") by Reza Mirkarimi, "Azar, Shahdokht, Parviz va digaran" ("Azar, Shahdokht, Parviz and Others") by Behruz Afkhami, "Tame Shirin Khial" ("Sweet Taste of Imagination") by Kamal Tabrizi, "Bodyguard" by Ebrahim Hatamikia, "Mazar Sharif" by Abdolhassan Barzideh, "Rokhe Divaneh" ("Crazy Rook") by Abolhassan Davoodi, "Track 143" by Narges Abyar, "Where are my shoes?" by Kiyumers Pur Ahmed, as well as "Once Upon a Time Love and Betrayal" by Davoud Bidel. The film screenings are free of charge.

In "Emrouz," an aging taxi drive takes a woman to the hospital. However, he does not know what awaits him there. The film will be screened on Jan. 18 at 08.00 p.m. "Azar, Shahdokht, Parviz va digaran" is a movie about the world of cinema. Shahdokht, who is the wife of actor Parviz, is featured as an actress in a film, becoming a serious rival for Parviz. The audience sees how this situation affects their relationship throughout the filming. The production will be screened on Jan. 17 at 05.00 p.m.

"Tame Shirin Khial" will greet cinema lovers on Jan. 17 at 07.00 p.m. The movie portrays the love which emerges between a university teacher and her student. "Bodyguard" is about the story of a middle-aged man who shelters a political figure in Iran and will hit the big screen on Jan. 19 at 05.00 p.m. Meanwhile, "Mazar Sharif" brings the story of Taliban's attacks on the Iran embassy. The production will be screened on Jan. 17 at 03.00 p.m.

As part of the event, a panel on the Iranian cinema will also discuss issues pertaining to the works and the country's film industry on Jan. 18. The panel will be moderated by translator and director Farhad Eivazi and will be attended by Iranian director Abolhassan Davoodi and director Faysal Soysal.
RELATED TOPICS