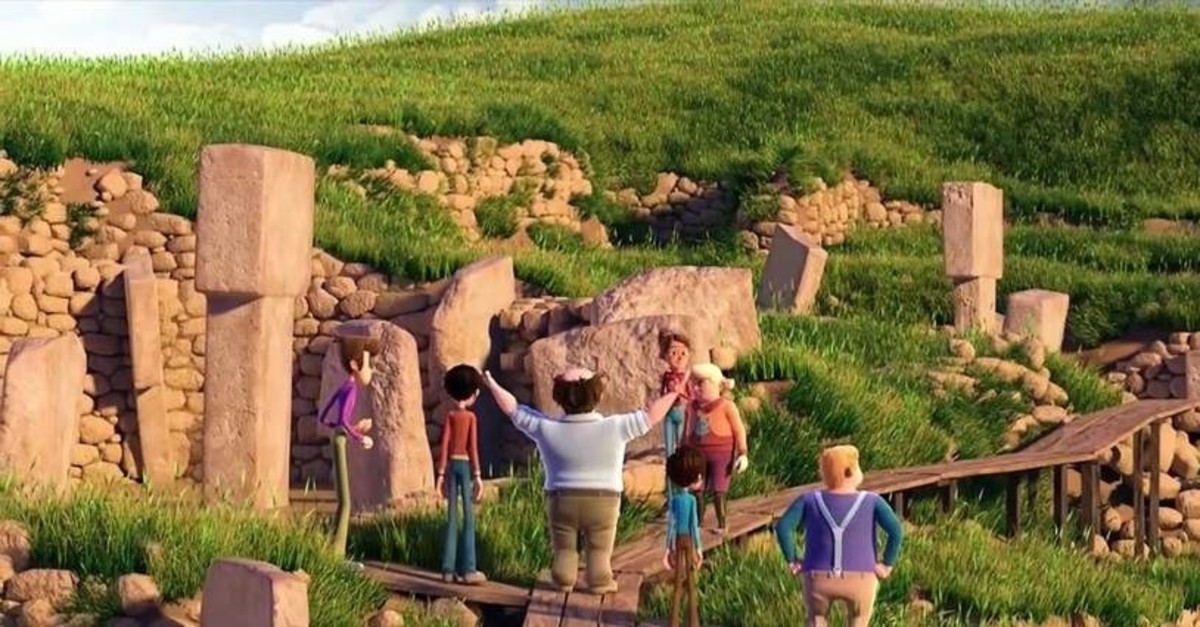 by Anadolu Agency Jan 21, 2020 2:57 pm
"Rafadan Tayfa 2: Göbeklitepe," the second movie based on the most-loved TV cartoon "Rafadan Tayfa," broke a box office record in the animation genre. The production has become the most-watched Turkish animation by reaching 2.2 million viewers in its third week in theaters.

TRT Çocuk's popular cartoon series "Rafadan Tayfa" was adapted to film with "Rafadan Tayfa: Dehliz Macerası" ("Rafadan Tayfa: A Passage to Adventure") in 2018. Produced by İSF Studios, the movie was seen by 1.8 million viewers in 2018 in 31 weeks. The sequel to the movie, "Rafadan Tayfa 2: Göbeklitepe," hit the big screen in 2019. The sequel is about the mysterious adventures of the group of children called Rafadan Tayfa in Göbeklitepe in southeastern Turkey's Şanlıurfa province. Written by Ozan Çivit, the film is the first animation focusing on this prehistoric marvel. The soundtrack of the production was composed by Tarkan Ergün, and the voices for the characters were done by Şirin Giobbi, Levent Kol, Yağmur Sergen, Hakan Coşar, Emine Sergen Kazbek, Aysın Işımer, Altay Çapan, Serdar Özap, Alp Pazarlı, Oytun Pazarlı and Ahmet Nasıroğlu.

İsmail Fidan, the producer and director of the film, said: "The animation creates a bridge between generations with a cultural bond. This is why people of all ages have liked it so much since its debut. Although it is "Rafadan Tayfa 2: Göbeklitepe's" fourth week in theaters, we expect it to continue to be a blockbuster film."

Noting that history was rewritten with the discovery of Göbeklitepe, Fidan continued: "Our movie broke the local, foreign animation film record in the three weeks, three days. This is the first time that a movie has been set in the city of Göbeklitepe. We want to express our thanks to Turkey."

Adding that "Rafadan Tayfa" portrays the childhood before the 1990s, he said: "The adults seeing the movie relive their childhood. There are thousands of adult viewers who come to the theaters to watch it by using their children as an excuse. Adults without children have enjoyed the movie just as much. Most of the spectators are 4 year olds, parents around 35 years of age and 70-year-old grandparents. Communication between generations has become difficult around the world. Today, parents cannot enjoy spending time with their children because of the generation gap; however, 'Rafadan Tayfa' can be enjoyed by everyone as the production speaks a common language. This is a very important and a proud moment for us."
RELATED TOPICS