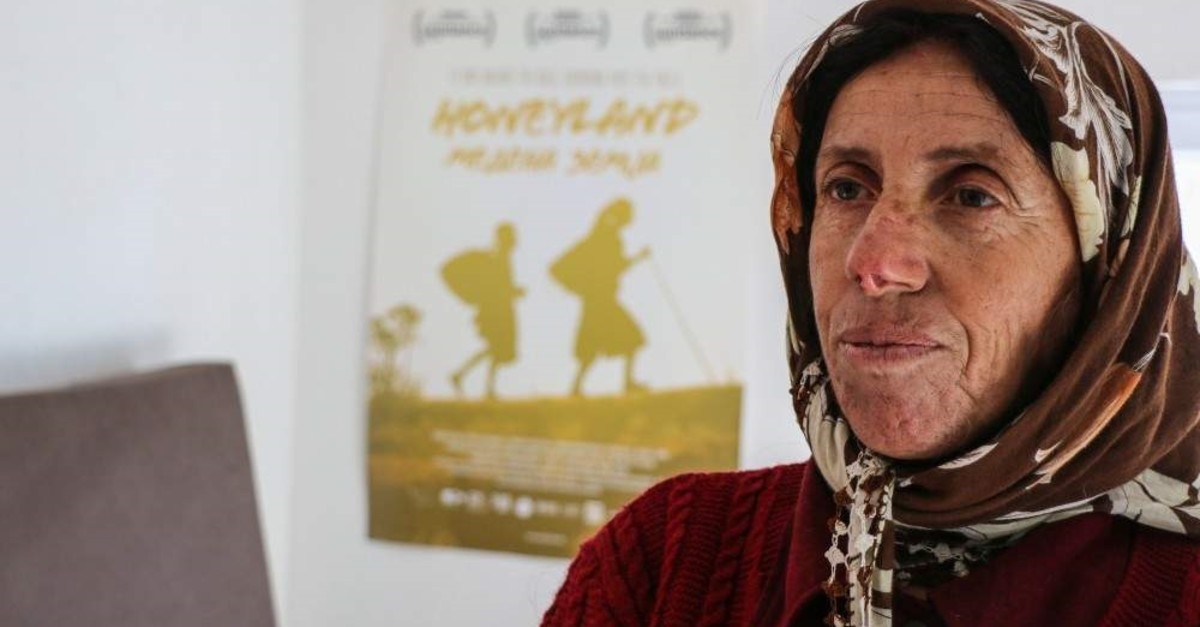 After taking the lead role in Oscar-nominated documentary "Honeyland," Hatice (Atidze) Muratova left behind her previous life of poverty. In an interview with Anadolu Agency (AA), Muratova told her story that begins in a poor rural village in North Macedonia. She led a routine life in her village of Bekirli, until one day during the Bayram holiday when Muratova made a wish. "I made an Eid wish. I said: 'Allah, I'm going through some troubles. May someone open my door so I can get over these problems,'" said Muratova. Three days later, the film crew for "Honeyland" knocked on her door, and she found herself the main protagonist in the documentary on beekeeping.

"Honeyland" tells the story of 50-year old Hatice, the last woman in Europe versed in the ancient art of wild bee breeding. The film's producers stumbled upon beehives among the rocks in the region and began investigating what they might be. Muratova said that they asked around after deciding to shoot the film and tracked her down after a number of previous candidates failed to do the job.

Her love for bees and honey was based on her childhood years. At an early age, financial difficulties forced Muratova to learn to harvest honey, as her father could not afford to buy it. Her father could buy only a small amount of honey, which was not enough for his children. It was at that young age that Muratova told her family she would learn to produce honey from beehives.

Recounting her experiences in front of the camera, Muratova said that at the beginning of the shooting, she was timid and afraid. It was very difficult in the first two months. However, she got used to shooting after a while, improving the odds of producing a successful documentary. She was ecstatic when the film crew promised to buy her a new home if they succeeded in their efforts.

Muratova said her ancestors were Turkish and hailed from present-day Turkey's central province of Konya. However, she preferred to describe herself as an "old Turk" rather than "yörük," which denotes nomadic Turkish tribes.

Today, Muratova continues her humble life in a new home in Dorfullu village. Muratova also expressed her support and regards to Turkey's President Recep Tayyip Erdoğan and requested that a mosque be built in her new village. "Now we are 30 Turkish households. We also need a mosque, don't we?" she said, complaining that the Muslim Turkish inhabitants are ignorant of the religion. "I know some prayers, but ask a little child, they wouldn't know," said Muratova.

"Honeyland" was shot as part of an environmental protection program with the support of the Swiss Development and Cooperation Agency and the Macedonian Film Agency. It was the first Macedonian documentary to be nominated for an Academy Award as an international feature film in 25 years. The last time a Macedonian film received an Oscar nomination was in 1994.