'The Gentlemen': Guy Ritchie movie with overrated sequence of events 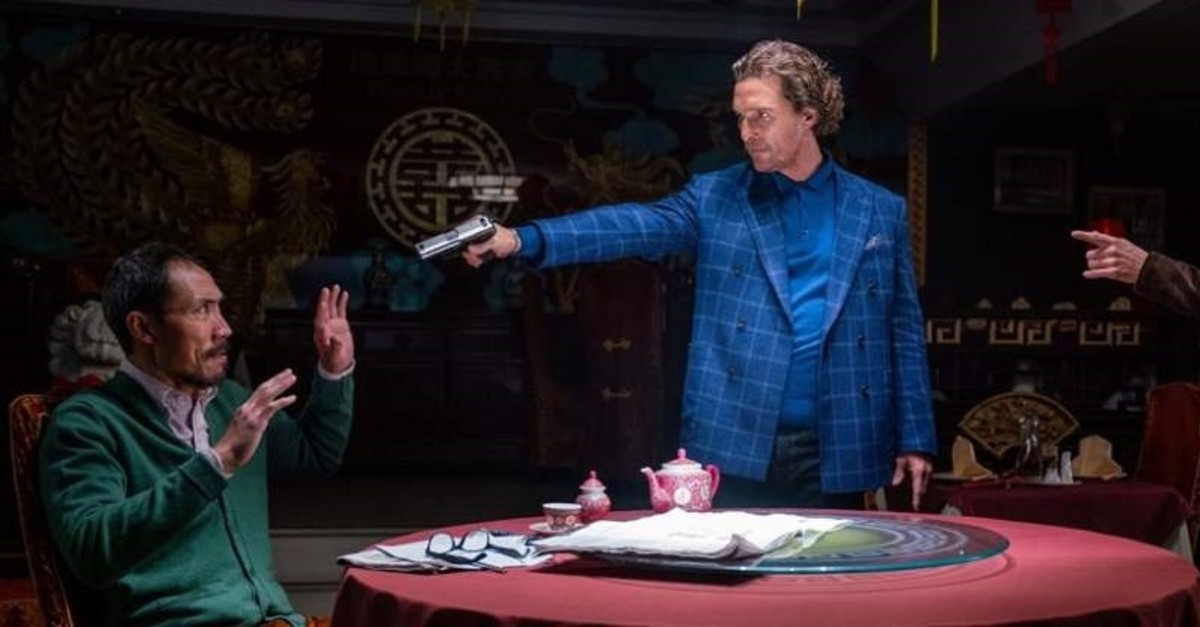 "If you wish to be the king of the jungle, it's not enough to act like a king. You must be the king. There can be no doubt because doubt causes chaos and one's own demise," the voice-over says when Mickey Pearson, played by Matthew McConaughey, enters a bar in the opening scene of "The Gentlemen." Surely, this no doubt is the reason why he wants to get out of the game by transferring his marijuana kingdom to potential buyers.

"The Gentlemen" is the new film by Guy Ritchie, marking his return to the crime genre in which he made a name for himself with various films like "Snatch," revolving around a priceless stolen diamond. The plot of the movie is basically about an American expat named Pearson and his attempt to sell his extensive, active and profitable marijuana business.

Pearson, who comes from the suburbs in the U.S., wins a scholarship at Oxford University, where he starts to sell marijuana to children from rich, privileged families. Never finishing school, he builds up a career in the crime world. However, he gets old and wants to spend more time with his wife Rosalind, portrayed by the beautiful Michelle Dockery, which means the bell tolls for his retirement. But, as I mentioned above, the real cause is not that simple. Pearson knows that drugs will be legal and his bad reputation – which means he has blood on his hands – will prevent him from selling his product. Acting wisely, he tries to get out of the game early. The problem is the buyers, like Matthew Berger, played by Jeremy Strong, and Dry Eye, played by Henry Golding, want to get the marijuana kingdom by cheating or excluding Pearson.

While the chain of events happens within this scope, side events make everything complicated. For example, one of Pearson's marijuana labs is raided by a group of amateur fighters trained by a man called Coach. They make a rap video on how they sneak into the lab, which later goes viral. This is how Coach gets involved in the crime world.

After summarizing the plot, I want to mention how the story is introduced to us following the cool opening scene. Private investigator Fletcher begins searching for Pearson while Big Dave, the editor of Daily Print, is snubbed by the marijuana lord at an event and wants to exact revenge. We see him in the house of Raymond, the right-hand man of Pearson – played by Charlie Hunnam, to bribe through blackmail. He tells the story like it is a script but through a nonlinear timeline, which causes a misunderstanding. You cannot decide whether he is embellishing a story for his script or telling the truth.

In "The Gentlemen," the director makes a very Guy Ritchie movie with villains, supervillains – well portrayed by valuable actors, and crime and punishment; yet, he is so uncontrolled as if being unleashed after a period of filming other genres like "King Arthur: Legend of the Sword" and "Aladdin." Although he has a voice in the crime genre, he combines many things happening quickly, especially in the first act. The film becomes hard to follow because you often have difficulty catching up with what is going on. Don't worry: The action will take over in the second part with a smooth flow, and you will enjoy the professionally shot, dynamic scenes.

Another point about the movie is the elaborate outfits and hairstyles of the cast. You will be impressed by the stylish looks of these men, from villains to relatively good characters. The amazing tracksuits worn by Coach and his crew are kind of a modern update on streetwear. However, the costume difference between this group and our marijuana kingpin Pearson and his best man Raymond disturbed me a little. Pearson wears suits to show his character and status, an example of an English classic, and Raymond also blends the English classic look with slightly more casual pieces. All have a tune in their own classy way, but it feels like the Coach's team and the drug businessmen aren't in the same period. Even if Pearson and Raymon's outfits are modern interpretations, they still look old fashioned and make you feel like the two could not keep up with Coach's gang time.

Ritchie's movie is still a great chance to entertain yourself with good action accompanied by an enthusiastic soundtrack. Though it may be hard to keep up in the beginning, you will dive into the events later on; the cleverness of the plot will pull you in, and the cool acting skills cloaked in mostly fitting costumes fill out the film nicely.