Turkey-US deal on fight against terror: End of the sanctions era 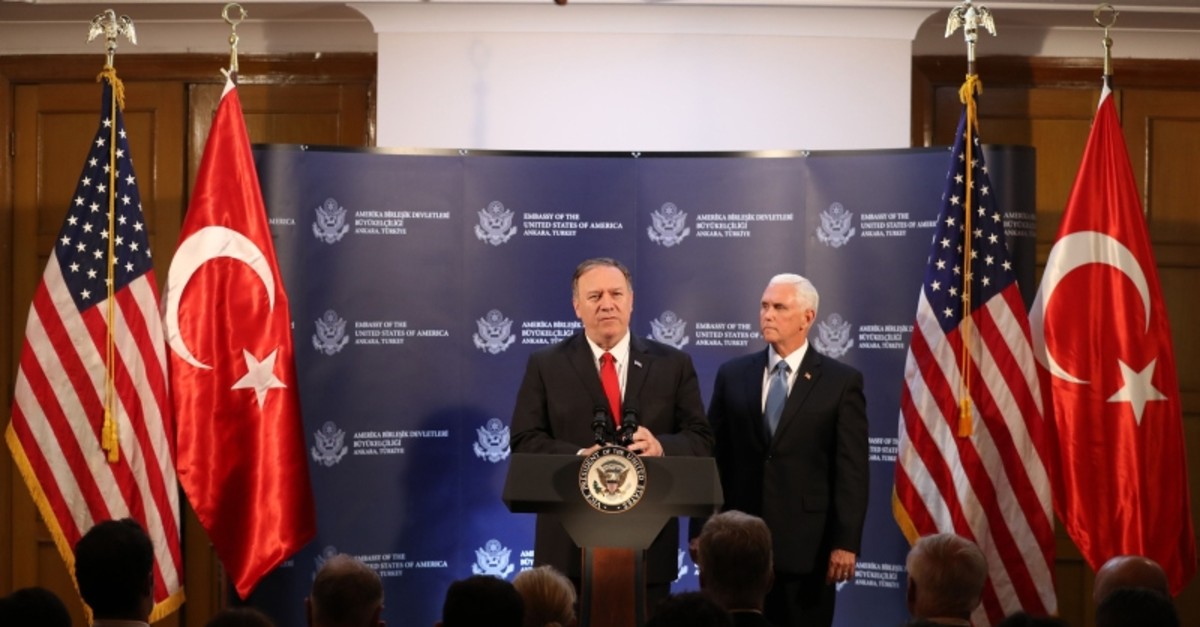 The U.S. threatening Turkey with unfair sanctions will never ensure a 'terror-free' future in northern Syria or any other corner of the world; let's get past the shallow rhetoric

The ideology of Mercantilism, which has spread its influence since the 16th century, has been defined as a system of "economic wars" between states over categories such as "production factor wars," "trade wars," "trade corridor wars" and "currency wars." In the end, the essential move for states to stand out in trade was to have a presence in the regional and global competition through force, using elements of military power.

Interestingly, the Atlantic Alliance decided to use slavery to reduce labor costs, and a gentleman's agreement was made with the Paris Agreement of 1814 to ban slavery. Later, the southern states of the United States, which did not comply with this agreement, fought the northern states in the Civil War from 1861 to 1865, and following the North's victory, slavery was banned.

In 1870, it was decided the exchange rate, parity and value volatility between states' currencies were no longer a competition area in global trade. Germany agreed to be included in the gold standard system of the United Kingdom, the leader of the capitalist system, and by 1914, the number of member countries using the gold standard system increased to 40 and then to 58 between 1923 and 1929. Then, from 1947-1973, the Bretton Woods system; when the International Monetary Fund (IMF) system collapsed, they went back to exchange wars. Today, economic wars continue, and very viciously indeed.

From the 1960s on as leading countries in global competition, especially the Atlantic Alliance, preferred to engage in guardian wars instead of direct wars on trade and energy, they began to use terrorist organizations as bait to keep competing countries occupied, economically and politically weakened or destabilized for their own interests. It is hardly a coincidence that Turkey, the power center in its region, started dealing with the PKK after Ankara disrupted the energy game in the Eastern Mediterranean in 1974 with the Cyprus Peace Operation.

Likewise, the PKK was then used as a destabilization mechanism against Turkey in terms of politics and the economy in the 1990s by neighboring countries and the Atlantic Alliance. After the cleansing of the Gülenist Terror Group (FETÖ) from state institutions and mechanisms following the July 15, 2016 coup attempt, we are for the first time really close to eradicating terror in Turkey through domestic and national defense strategies.

This situation is driving the countries that have used terror as a trump card at the bargaining table for the last 40 years crazy. Operation Peace Spring is critically important for clearing our borders of terrorism and for strengthening Turkey's political and economic stability. Those who once used terrorism as a tool are now behind the anti-Turkey sentiment being spread by news reports, images and manipulative posts on social media from select international media organizations.

Operation Peace Spring, which was carried out to clear the area east of the Euphrates from terror groups occupying areas from Manbij to Ayn al-Arab, is successfully reached an agreement on Thursday. It is the third operation since 2016 to eradicate the artificial state – a state structure based on terrorist organizations that have attempted to establish independent states in northern Iraq and Syria since 1990, when the first Gulf War occurred.

With Turkey successfully directed a comprehensive operation to ensure the security of the country and its borders while following international law, the Turkish public has of course taken note of Washington's threats on unlawful and unfair sanctions last week, which lifted after an agreement reached between Turkey and the U.S. and reflected the international community's intense pressure on President Donald Trump's administration – a pressure based on fears that influential entities' plans, objectives and ambitions were being undermined.

There were two important points to note regarding the sanctions. First, as stated by Vice President Fuat Oktay, no sanction is a greater threat than the one across our borders; therefore, if Turkey's survival is in question, no sanction aimed at stopping counterterrorism operations will ever be effective.

Having said that, we can say that comments in the market saying the sanctions are lighter than expected actually haven't grasped the philosophy behind them.

The U.S. administration that produced an unlawful and unfair sanctions package would have actually condemned itself to more severe feedback in the near future if they had decided on heavier sanctions. Even though the U.S. and the EU sadly often take steps that suppress or nullify the democracy standards they claim to stand for, they are internally going through their own moral and conscience dilemmas.

Despite being confronted with 40 years of terrorism, Turkey is both a moral and economic success story. The decades of terror have not prevented the country from realizing significant success in economic and political stability.

Today, we are very close to eradicating and completely ending terrorism. The resources Turkey will regain through terror-free stability will further strengthen our capabilities as an indispensable player in Eurasia. For this reason, let's not focus on the unfair and unlawful sanctions, but on a truly terror-free future.

Kerem Alkin is an economist, professor at Istanbul Medipol University. He currently serves as the Turkish Permanent Representative to the Organisation for Economic Co-operation and Development (OECD).
Last Update: Oct 19, 2019 2:55 am
RELATED TOPICS