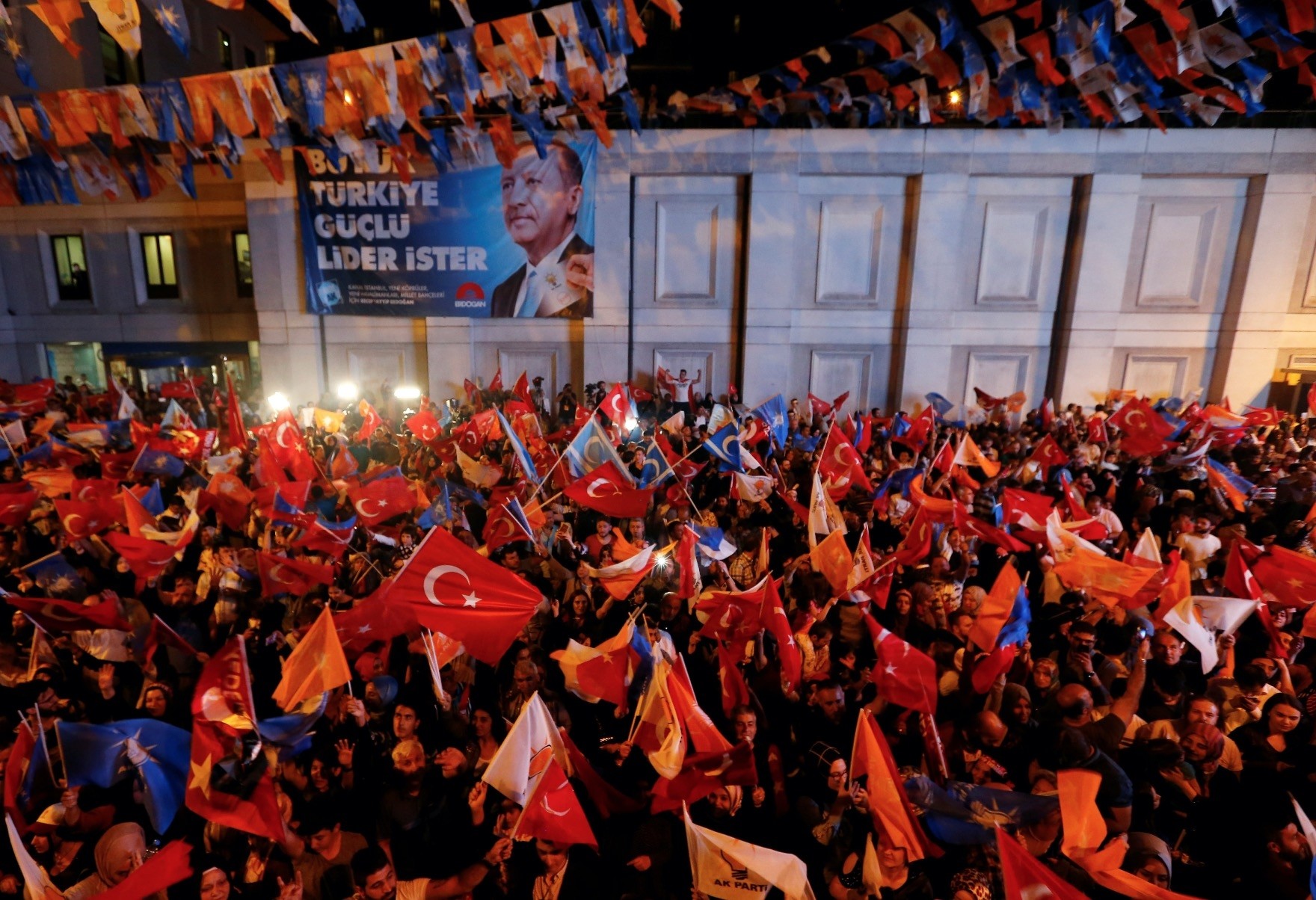 The majority of Western media didn't only overtly support opposition groups against Erdoğan, but also mobilized all their resources to overthrow the AK Party government on Sunday

Turkish people went to the ballot boxes last Sunday and chose the incumbent president and the leader of the Justice and Development Party (AK Party), Recep Tayyip Erdoğan, as the first "executive president" of the new Turkish presidential system. This is not the only reason why the June 24 elections will be remembered in Turkish politics. The turnout in these elections was close to 90 percent, something that is unthinkable even for most Western countries that praise their democracy. Erdoğan has won his 13th consecutive election, this time receiving more than 52 percent of the total votes, namely more than 26 million Turkish voters voted for him. Erdoğan increased his votes overall, including in Kurdish-populated cities. His closest rival, Muharrem İnce of the Republican People's Party (CHP), received only 30 percent support with approximately 15 million votes. That is, Erdoğan took 10 million more votes than his closest rival.

The majority of Western media and politicians were closely watching the June 24 elections in Turkey. Not only did they overtly support all opposition groups against Erdoğan, but they also mobilized all their resources to overthrow the AK Party government. While most Western governments tried to limit the legal activities of pro-Erdoğan actors in their respective countries, they welcomed the negative campaigns and even violent activities of illegal anti-Turkey groups. Some governments such as Germany went further and provided resources for anti-Turkey groups.

I will give some examples of misleading news from the Western world during the election campaign. The Guardian declared Erdoğan as "a threat to Turkey and to the world." The Daily Beast asked Turkish voters "to bring down" Erdoğan. Another claimed that Erdoğan "will cheat his way to victory." One of the most serious intellectual and academic journals, Foreign Affairs, warned Turkish people that Sunday's election was "the last chance to defeat Recep Tayyip Erdoğan" and "prevent a total collapse of Turkish governing institutions." The Washington Post depicted Erdoğan as dictator by claiming, "Erdogan's push for power creates new chaos." Most Western media platforms have published similarly biased headlines and articles about the Turkish elections.

However, Erdoğan defines democracy differently: The rule of Turkey by Turks for Turks. That is, Erdoğan represents independent Turkey against all Western intervention and infiltration. He tries to make Turkey not only a regional, but also a global actor. In other words, Erdoğan requests a real democracy; a political system that is not dependent on foreign support, i.e. Western support, but rather reliant on the Turkish people and reflects their will.

The results of the June 24 elections demonstrate that Turkey is a democratic country. Therefore, the first winner of the elections is the Turkish people. Unlike the Western misperception, Turkey experiences transparent, fair and free elections. Otherwise, Erdoğan would go unchallenged and the vote rate would be much higher. Second, the results show that political awareness of Turkish people is quite high, probably higher than their Western constituents. Despite all these negative campaigns, misperceptions and misinformation, the Turkish people voted for Erdoğan, who is still the best choice for the majority of Turkish people.

Third, Turkish people will continue to vote for economic development and political stability. They will not fall prey to Western campaigns and hypocrisy. On the contrary, negative Western campaigns contribute only to the increase of anti-Western feelings in Turkey. After these results, I personally expect Western governments to end their emotional and ideological positions, and initiate a new period based upon mutual interests. It is now clear that the West needs to consider Turkey an equal partner instead of a tool in its master plan.

Considering that Western countries, European countries in particular, and Turkey are interdependent, I assume that Western governments will start realistic and pragmatic relations with Turkey. There are many issues in which the two sides need to cooperate. Erdoğan has called on Western countries several times to improve constructive relations with Turkey. These calls may receive positive answers from the West since these tense bilateral relationships between the West and Turkey are not sustainable. Therefore, the West should stop its prejudiced and biased perspective on the new Turkey, initiate a paradigmatic change toward Turkey and improve its relations with Erdoğan, the legitimate and democratically elected leader of Turkey.