US investing too much power in the Middle East 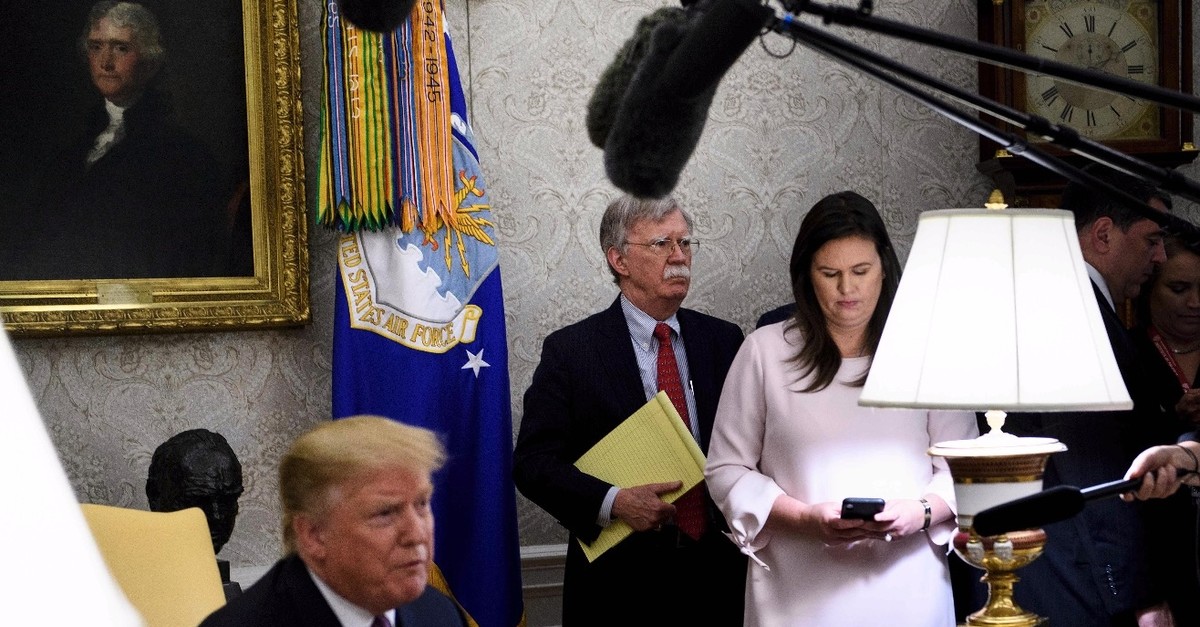 The U.S. is concentrating too much on the Middle East, which may cost it dearly; it has already issues such as the trade war with China, the Venezuelan crisis and Russia's increasing global effectiveness to handle

The U.S. administration has been following a unilateral foreign policy approach not only for its adversaries but also for its allies on a global scale. However, while this policy for its adversaries in other parts of the world is mainly determined by American imperatives, U.S. President Donald Trump's foreign policy toward adversaries in the Middle East is mainly influenced by American allies in the region, namely Israel, the United Arab Emirates (UAE) and Saudi Arabia. These three regional actors have strong and determined allies in the Trump administration such as White House Security Adviser John Bolton.

Iranian Foreign Minister Javad Zarif called this anti-Iranian group "Team B," which includes Bolton, Israeli Prime Minister Benjamin Netanyahu, the Saudi Arabian Crown Prince Mohammed bin Salman and the Emirati Crown Prince Mohammed bin Zayed. It is widely claimed that this group together has laid down the main tenets of American policy in the region.The main objective of this concentrated and revisionist group is to establish a regional hegemonic system under the leadership of Israel, which will ensure the security and supremacy of the Israeli state, but also the stability of the authoritarian and despotic regimes of the region and the elimination of any adversarial regional actor.

The recently leaked document published by an Israeli newspaper is only one indication of this regional power projection.According to the plan offered in the "deal of the century," the Israeli state will expand its borders and the Palestinian aspiration for an independent state will be eliminated. Furthermore, the so-called "new" Palestinian state will eventually be a state with no army and no capital city, and with new Jewish settlements. It will be mostly financially supported by the Arab Gulf states; the plan proposes that 70 percent of financial support will come from these sources.

Another objective of this hawkish coalition is punishing and limiting the regional influence of Iran. For this reason, they first persuaded Trump to withdraw from the nuclear deal signed by the Obama administration, together with the other permanent members of the U.N. Security Council and Iran. Signing the nuclear deal under the auspices of the U.N. Security Council legitimized Iran in international politics. Trump, who began to impose new sanctions on Iran and intensify anti-Iran policies, attempted to delegitimize Iran again and warned regional and global actors not to buy oil and natural gas from Iran in order to bring Iranian oil exports down to zero.

Then, the Trump administration labeled the Iranian Revolutionary Guards Corps, part of the Iranian official military, as a foreign "terrorist organization." This was the first time that the U.S. has formally designated another country's military a "terrorist group." This step means Iranian security forces are illegitimate, which means the Iranian state is illegitimate. In return, Iran responded in the same manner by designating U.S. forces in the Middle East as "terrorist groups," thus questioning the U.S. presence in the region.Lastly, the U.S. administration decided to send USS Abraham Lincoln Carrier Strike Group to the Gulf in order to "send a clear and unmistakable message" to Iran. This move is quite dangerous since the regional partners of the Trump administration may exploit the situation and create a fait accompli, which could bring the two sides to the brink of a regional war. One such claim was voiced by the UAE and Saudi Arabia who claimed that four of their ships were attacked near the Fujairah Port.

Israel, the UAE and Saudi Arabia have been forcing the Trump administration to punish Iran and have tried to escalate regional tensions at any price. The U.S. foreign policy toward the Middle East has been hijacked, that is to say bought, by these regional actors through payments to the American government, i.e. mainly with the sale of improved weapons worth of billions of dollars and payments to certain lobbies and individuals.

In the end, it is not a foreign policy based upon long-time rational calculations and national interests, but rather it is based on the short-term desire for public and private gains. That is, since President Trump and his team put U.S. policies on sale, he has achieved his goal of governing the U.S. like a private company.

The continuation of this conflictual American policy may bring high costs to the U.S. and the American public since the U.S. has to concentrate on many other crises and issues in other parts of the world such as the trade war with China, the Venezuelan crisis and increasing Russian effectiveness in Eastern Europe and the Eastern Mediterranean regions. Therefore, investing too much power in the Middle East may be questioned soon by the American political opposition and the general public, especially after some human and material losses.