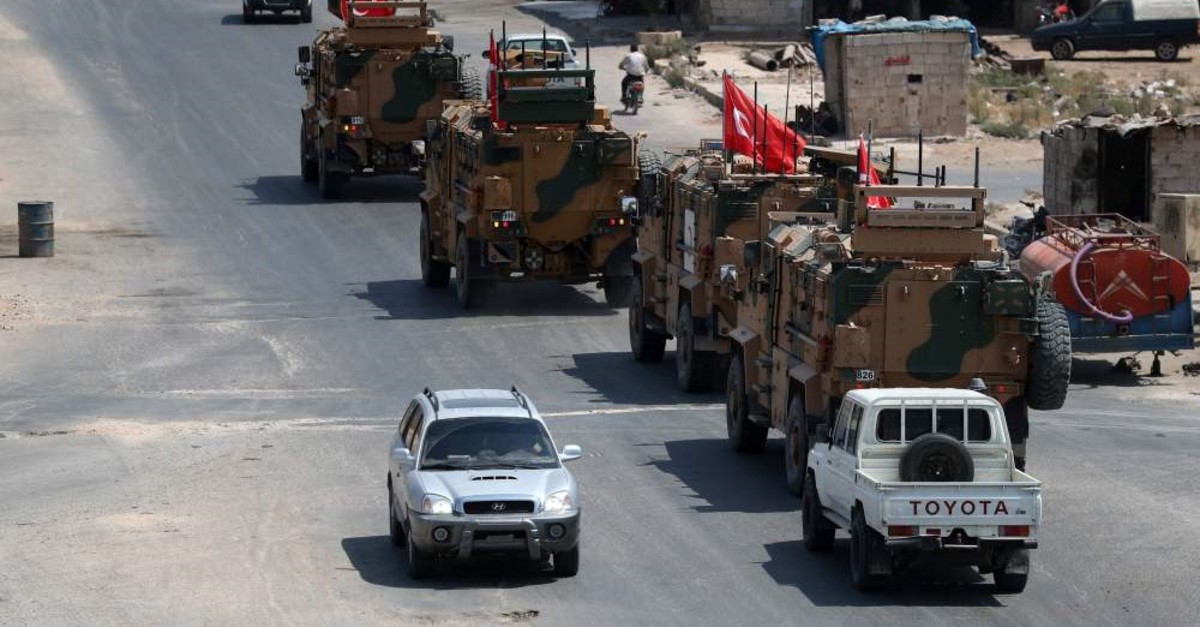 Despite its ups and downs, the Astana Process is the only serious option currently playing a decisive role to create a permanent solution in the Syrian crisis

The fifth trilateral summit of the Astana Process was held in Ankara yesterday. Ahead of the summit, Turkish President Recep Tayyip Erdoğan hosted Russian President Vladimir Putin and Iranian President Hassan Rouhani at the Çankaya Palace. The meetings come at a time when expectations about the future of the Astana Process were quite low, mostly due to the Assad regime's military operations in Idlib since the beginning of August. Thousands of civilians have fled their homes, while dozens were killed in the joint military operations carried out by the regime and Russia. Five different topics were discussed during the meetings. Idlib was the most important issue on the table. On the one hand, although the Assad regime claims that it only fights terrorist groups, it has attacked the region to de-territorialize the Syrian opposition and to sit at the negotiation table as the strongest actor. These two actors will follow a gradual process of assuming full control of the region.

On the other hand, the opposition groups want to control the region, since it is the last stronghold. If the opposition loses Idlib, there will be no region under its control. This will make the Turkish position in Syria quite vulnerable. It seems that at this point it is quite difficult to reach a cease-fire in Idlib. Russia and the Assad regime will continue their attacks on the opposition. The only guarantee can be about the security of the observation points established by Turkey.

The second issue discussed during the summit was the future of the east of the Euphrates and the People's Protection Units (YPG) threat, which is considered by Turkey as the biggest threat not only to Turkish territorial integrity but also for the future of Syria. Both Russia and Iran have begun to clearly support Turkish policy on the east of the Euphrates. They mainly share Turkey's security concerns. However, there is some reasoning behind the Russian and Iranian support for Turkey. First of all, anti-American Russia and Iran have been trying to weaken the U.S. Furthermore, the region under the control of the U.S. does not constitute a threat to either country. Therefore, it is not on their priority list.

Furthermore, they know that the relationship between the Assad regime, the Democratic Union Party (PYD) and the YPG is not conflictual. It was the regime who left large areas to the YPG after it had withdrawn from the region. Lastly, Russia and Iran want to alleviate Turkish security concerns. Iran declared that the U.S. has been supporting terrorist groups in Syria. Both countries call for the withdrawal of the U.S. from the region.

The establishment of a constitutional committee and the future of the diplomatic negotiations was another issue discussed during the summit. This was the issue emphasized most clearly after the summit meeting. The leaders declared that have agreed on the establishment of the constitutional committee. The list of the members of the committee was approved by the three countries.

The fourth issue was the cooperative efforts of the three countries toward regional problems. The leaders explained their views about the Yemen crisis and the most recent developments in the Persian Gulf. As a direct result of the previous points and the main source of motivation, this point is an indication of the effectiveness of the trilateral platform, of which the participants may try to institutionalize. As the three countries have many problems in their relations with the West, Turkey, Russia and Iran will try to improve their cooperation in other regional questions such as the Yemen and Gulf crises. The permanent solution of the Syrian conflict lies at the center of the triangle established by these countries.

The last subject they discussed was bilateral relations. The three leaders held bilateral meetings with each other. Turkey, Russia and Iran have been trying to consolidate their bilateral relations. Especially bilateral relations between Turkey and Russia has been improving in many areas. The purchase of the S-400 air defense system, cooperation in the defense industry, trade relations and tourism are among top sectors of the Turkish-Russian relations.

The further improvement of relations will have significant implications in their relations with third countries. The three countries have been trying to resist American pressure and the limitations placed against them. There will be ups and downs in the Astana Process. For now, there is no other option besides the Astana Process playing a decisive role in establishing a permanent solution in the Syrian crisis. Since many global actors such as European countries and China remain indifferent to the crisis and the U.S. has been cooperating with the Syrian offshoot of the PKK, namely the YPG, Turkey, Russia and Iran are the only axis that can bring a permanent solution to the crisis. As mentioned by President Erdoğan, the Astana platform is the only initiative that can take concrete steps in the war-torn country. Similarly, President Putin pointed out that the Astana platform is the most effective mechanism contributing to a resolution in Syria.