Is it possible to protect the cease-fire in Libya? 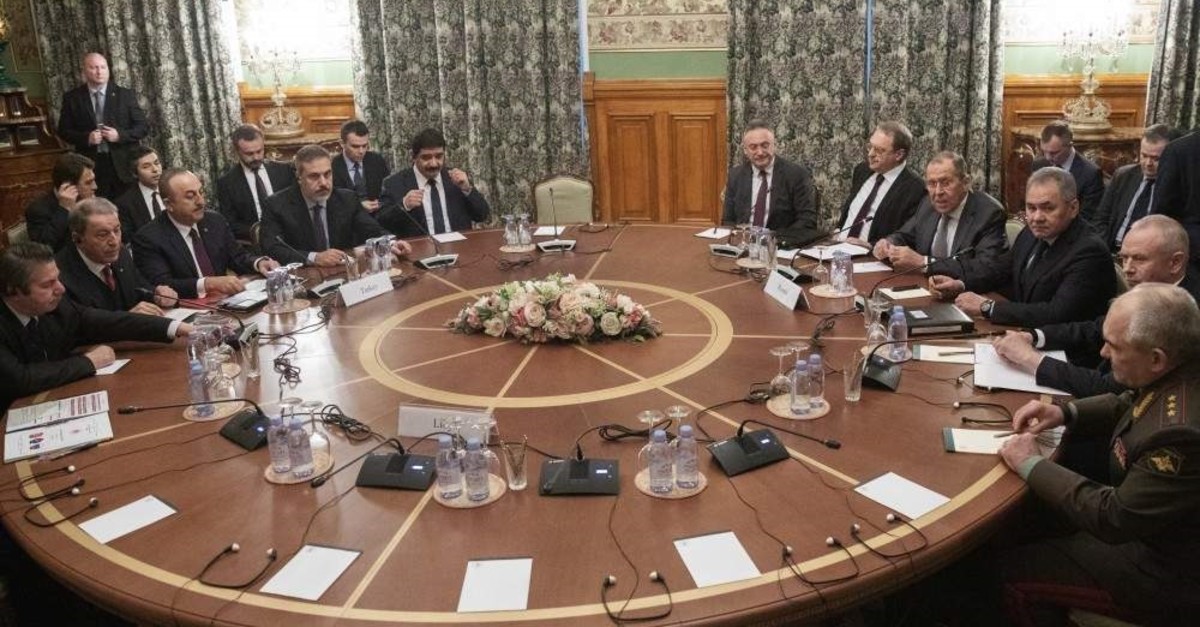 After President Recep Tayyip Erdoğan's meeting with key leaders in the Libyan crisis, including Russian President Vladimir Putin and Italian Prime Minister Giuseppe Conte, Turkey has come to the fore once again as a game changer in Middle Eastern politics. Turkey's diplomatic efforts produced a cease-fire at a time when Tripoli was about to fall into the hands of Gen. Khalifa Haftar. Turkey has mobilized many regional and global actors such as Algeria, Tunisia, Italy and Germany to take more initiative in the Libyan crisis.

Turkey has persuaded Russia to change its position in Libya. After the meeting between Erdoğan and Putin, Russia has withdrawn most of its mercenaries from Libya, thereby sending a message to Haftar and his regional supporters to pursue a more flexible policy. Turkey has also persuaded the legitimate Government of National Accord (GNA) led by Fayez al-Sarraj to sign the cease-fire deal. However, it seems that it will be difficult to persuade Haftar to accept the cease-fire proposal. There are several reasons and indications of why the proposed cease-fire will not be maintained.

First of all, Haftar and his regional supporters – i.e. the United Arab Emirates, Saudi Arabia and Egypt – will not withdraw from the currently captured regions. Since he launched an offensive against Libya's capital Tripoli last April, Haftar has taken over most of the country. He now controls more than 80% of the country's territory. However, more than half of the country's population lives under the control of the legitimate government in Tripoli and its outskirts. Haftar and his supporters will not accept ceding these gains.

Second, Haftar and the states that support him are determined to control the whole Libyan territory by military means. The UAE, one of Haftar's main supporters, continues to supply him with advanced weapon systems. Therefore, in principle, they will not agree on any possible solution through political means or diplomatic negotiations. It seems that Haftar and his supporters will exploit the new conditions provided by the Turkish and Russian cease-fire proposal. Since the cease-fire proposal considers Haftar an official party in the conflict, he will accept the cease-fire only to legitimize his position. After all, one should not forget that so far the two sides have met seven times, and due to Haftar's harsh stance, none of these political attempts continued.

The Haftar side knows well that there are few countries on the side of the legitimate government. Considering that most global and regional states support Haftar, the Haftar bloc is confident that it will gain in the long run. Therefore, Turkey has to be very careful not to allow any further fait accompli in Libya, and it must protect the legitimate government as an effective actor. Turkey's flexible foreign policy toward the Libyan crisis and its initiation of a diplomatic campaign strengthened Ankara's persuasive power toward certain regional and global states to reinitiate the political process in the Libyan crisis.

Third, global powers such as Russia, the United States and the big European countries are not expected to solve the Libyan crisis, as they have demonstrated in other Middle Eastern crises. They all paradoxically, but not surprisingly, support the illegitimate actor of the crisis, Haftar. It is known that Haftar, who was one of Gadhafi's leading generals, was educated both in the Soviet Union and the United States. That is to say, he has close links with both states. Additionally, he has been supported by France, the UAE, Egypt and Saudi Arabia. In other words, he is not an independent actor and is totally dependent on external actors. More than half of his troops are mercenaries from Russia and Sudan, who are mainly paid by the Gulf states. All in all, Haftar has to take their conflicting policies, which are unlikely to be reconciled in the near future, into consideration.

As a result, unless there is a counter deterrent power against Haftar, he and his regional supporters will not accept a long-term cease-fire. Therefore, Sarraj's GNA in Tripoli and its supporters must strengthen their position against possible future attacks. In other words, the GNA must get ready to fight against and resist Haftar in order to remain in the game. Otherwise, Haftar will continue his offensive until he becomes the only ruler of the country, which will not bring stability to Libya in the long term, hijacking the future of the Libyan state and people. Libya will remain dependent on some regional and global powers for the foreseeable future.