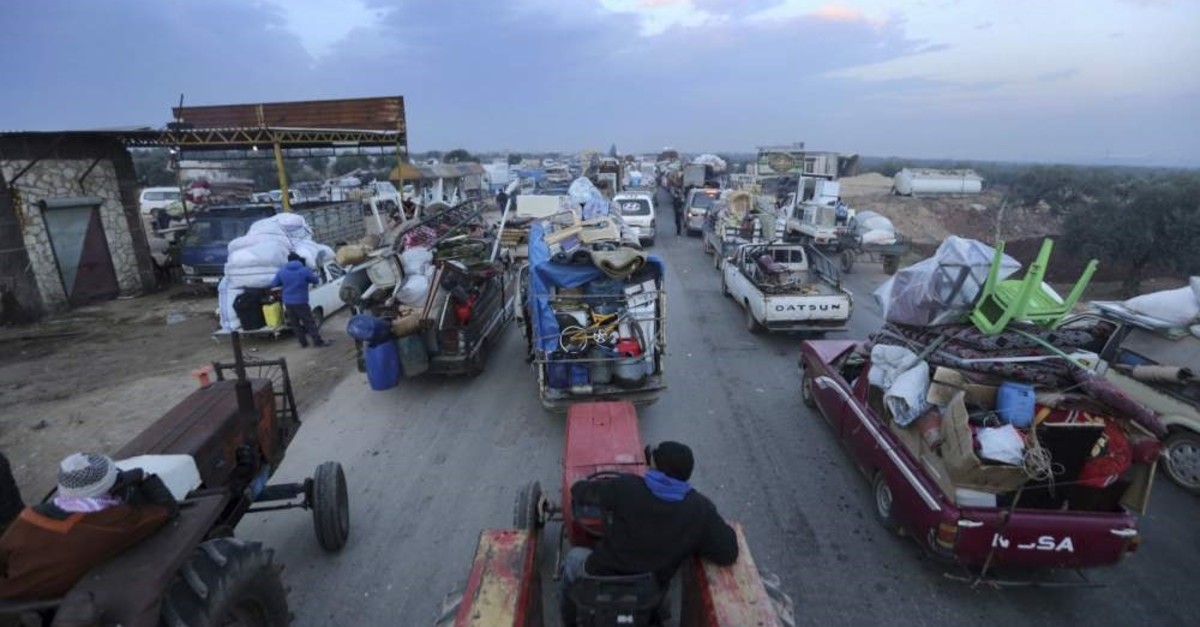 Even though the Syrian crisis continues to influence politics in the Middle East and the global balance, the European Union and major European powers, like the U.K., Germany and France, have continued to be the most reluctant and ineffective actors dealing with the crisis.

There are two main dimensions to the Syrian crisis, namely humanitarian and security. Looking at the humanitarian dimension, we see a very low level of involvement from the European countries. Besides contributing financially, they make no effective intervention to end the humanitarian tragedy. They have simply remained indifferent to the atrocities, human rights violations and mass killings since the crisis broke out in 2011.

The Bashar Assad regime has continuously violated international law, committed crimes against humanity and crossed many red lines drawn by the Western countries and the international community. However, it has faced no serious measures or consequences. For instance, several U.S. missile attacks did not deter it from using weapons prohibited by international law, like barrel bombs and phosphor bombs. This reluctance has been recorded as a major setback for the European countries that consider the protection of human rights as one of the basic principles of their foreign policy.

Russia and Iran, on the other hand, should be condemned for aiding and abetting the Assad regime as its main backers and supporters. Together, these two countries and the regime committed atrocities and crimes against humanity. Without their support and motivation, the Assad regime may have lost its capability and capacity of committing war crimes against innocent civilians. Both countries have provided the regime with all kinds of support, through official and non-official channels. They have sent military troops to protect the regime against any threat emanating from in or outside the country. Additionally, they have sent mercenaries and militias to Syria to fight for the regime.

The second dimension of the Syrian crisis is the security problems associated with the crisis. There are several security issues regarding the crisis in Syria. First of all, the possibility of a new refugee wave has raised alarms in the European countries, which already hosts nearly 1 million Syrian refugees.

Further military assaults against civilians in the Idlib may force another 1 million people to flee toward Turkish borders. Turkey has already made it clear that it cannot deal with another wave of refugees alone and called on the international community and the European countries in particular to share the burden.

Furthermore, the continued political instability in the region will produce more radical elements and terrorists in Syria which may constitute a bigger threat to the world. The longer the crisis continues, the more foreign fighters will have the opportunity to be on the ground and gain field experience, posing a bigger threat to Europe and the world.

The emergence and strengthening of violent non-state actors pose direct or indirect threats to the national security of regional countries as it becomes more difficult to contain and to control these actors.

Finally, the U.S. and European countries still consider Russia as the most imminent threat against the European members of the NATO alliance. Therefore, NATO is intensifying its military activities in Eastern Europe to challenge a potential Russian threat. However, their reluctant policies in the Middle East have allowed Russia to contain Europe. After fortifying its presence in Syria, especially at its naval facilities in Tartus and airbase in Hmeymim, Russia nowadays is trying to open a "second front" against Europe.

Accordingly, European countries have to revise their strategic and geopolitical calculations. Given the huge natural gas reserves in the Eastern Mediterranean, Russia will try to boost regional influence and in extension maintain control of the European market to keep it dependent on Moscow. In other words, the European countries will be affected by the Russian moves in the long term, unless they decide to take initiatives in regional developments.

In conclusion, European countries cannot remain indifferent to the precarious developments in the Syrian crisis; hence, they should raise their voice against the military means preferred by the regime (and its backers Russia and Iran) and support those who are working for a political solution. It should be remembered that the Idlib crisis will determine the future of the larger Syrian crisis, which will have implications for the wider region. Because Turkey bears the responsibility of the humanitarian dimension alone and presses for a political solution, European countries should condemn the Assad regime's attacks on civilians and Turkey. They should also support Turkey's efforts to prevent any anti-humanitarian, anti-Turkey and anti-European developments in Syria.