G20: Stability is not enough to improve an economy 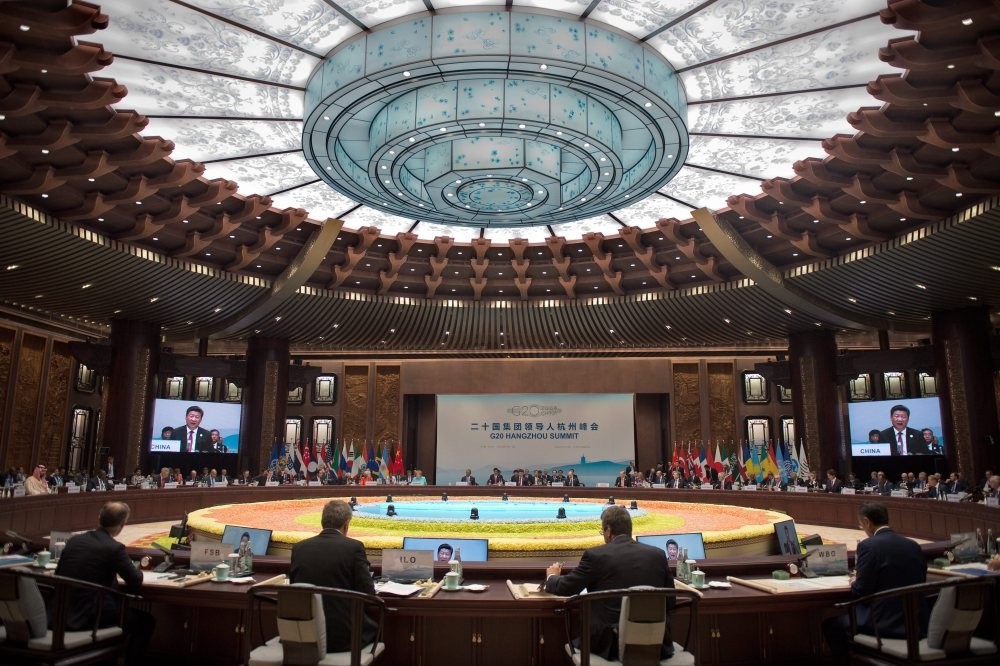 If G20 leaders want to strengthen the global economy, they shouldn't spend their time talking about the increasing terror but rather take further action to achieve what they want

At the G20 summit, the leaders of the world's 20 major economies have discussed a number of issues: Economic challenges, finance and energy security, sustainable development and so on. It is simply impossible that those meeting at the summit aren't aware of how much economic and financial stability depends on the quality of the democracy in a given country.

As the meeting took place in China, world leaders have probably had some difficulties emphasizing the link between economic development and democracy. They have talked, however, about the fight against international terrorism, so one may say they have indirectly evoked problems related to the democratic deficit.

At first sight, all countries worry about terrorism and they all agree, without exception, that the international community should fight against it. The problem is, all countries have a different definition of terrorism and divergent ideas on who is responsible for its propagation. Besides, when one asks who is willing to do whatever it takes to eradicate terrorism, they simply keep quiet and look around. Perhaps they simply hope that terrorism will fade away.

We know that terrorism will not disappear by itself. One has to take the fight against terrorism seriously and adopt two preliminary measures: to accept all illegal armed groups as terrorists and to do something about the political regimes in the regions that produce terrorism.

That's why one has to speak about democracy when talking about terrorism. Democratic countries always look for ways to improve their democracy; but when it comes to other countries, they prioritize stability over democracy. Not every stable regime is democratic, however. Sometimes, if a country has too much stability, it is far from democratic.

In the summit, leaders agreed once again that DAESH is the main threat in Syria. DAESH is only the Syrian-Iraqi version of a greater network: Elsewhere, it is called Boko Haram, al-Qaida, or al-Nusra. By declaring DAESH an enemy, the G20 leaders have in fact declared war against all terrorist organizations.

Some people are probably questioning why some of these organizations have turned into terrorist groups. Every country has their own answers to that question. The theory of political science has an answer, too. You push people to radicalization when you demonize them. You may recall the breeze of hope when the Arab Spring just began. Western countries promptly thought of these insurrections as the beginning of a democratic process in the Middle East. Yet a couple of months later, they noticed that most people on the streets protesting against authoritarian regimes were not exactly the kind of people they liked. They would rather see women in low-cut tops, instead they had bearded men. They didn't like this photo, so they labeled those people and their demands dangerous and renounced dialogue with them.

And now, during the G20 summit, they talk about terrorism. I hope they didn't spend too much time talking about the ongoing operations in Syria. Because if they did not agree yet about Syria's political future, then it is pointless to dwell on the current military operations on the ground. When asked, all the G20 leaders will say they want stability in Syria. Nevertheless, they all have a different definition of stability. If they had a common view on that stability, terrorist organizations in Syria would have disappeared long ago. Besides, Syria has been discussed in the G20 summit without the participation of the Syrians. And they call this "looking for a solution in Syria."

They better not forget that global economic challenges will be better addressed by democratic regimes, not by so-called stable ones.
RELATED TOPICS