Syria: It is time for open and multilateral diplomacy 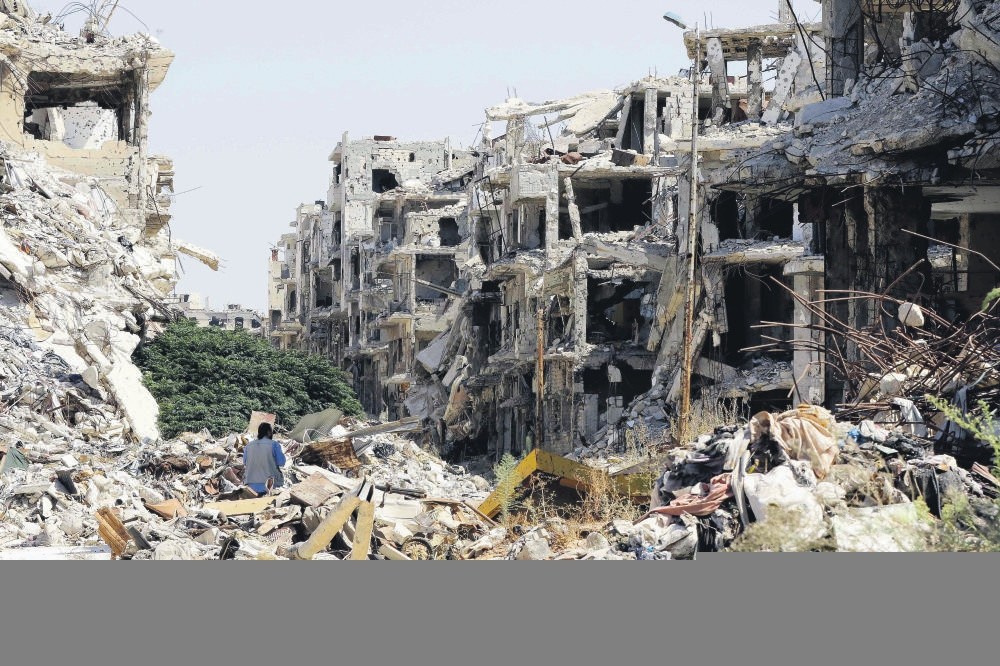 Needless to say that, right now, Turkey is the one sacrificing its soldiers in order to eradicate DAESH from the region, while the hands of other members of the anti-DAESH coalition remain clean

It appears proxy wars in Syria will be replaced from now on by negotiations conducted by states. That's why the Syrian Kurdish Democratic Union Party (PYD) has announced it is busy writing a constitution for its own region. They are probably trying to get political status for their region as soon as possible. The PYD, as a terrorist organization, cannot participate in the negotiations on Syria's future; as a "regional government," however, they can hope that.

It is of course not easy to foresee whether or not the PYD will manage to adopt its own constitution and construct a reliable administration, or if the Assad regime will accept this development, which simply means the dismemberment of Syria. Besides, Turkey will oppose that, even though it will negatively impact Turkey's relations with the United States. Turkey is not the only one who refuses to see the PYD as a legitimate interlocutor, Iran and Russia think the same way, too. The U.S. may of course continue to support the PYD despite Turkey's and Iran's objections; but it cannot act against Russia's wishes if it wants a comprehensive deal in Syria.

There are multiple scenarios about Syria's future, but great powers don't seem to have agreed on one of those, so the bargain continues. Great powers seem to understand they have to find a common ground as quickly as possible, because they know the Turkish Armed Forces (TSK) is advancing in Syria, along with the forces of the Free Syrian Army (FSA). Turkish military operations have probably encouraged everyone to negotiate faster.

Needless to say that, right now, Turkey is the one who is sacrificing its soldiers in order to eradicate DAESH from the region, while the hands of other members of the anti-DAESH coalition remain clean. Turkey is enduring a great sacrifice, and in exchange, it is asking for something quite understandable: the PYD should not be allowed to become a "political authority" in northern Syria, and it mustn't wage terrorist attacks against Turkey, or support the PKK, which continues to kill Turkish soldiers.

There are a number of players who are quite happy about the TSK's presence in Syria; as there are also a number of others quite unhappy. Some people still suggest that Turkey must only attack DAESH; but must close its eyes to the PYD's activities. They don't explain why Turkey should accept the emergence of a Kurdish state in Syria's territory, a state whose future political alliances are unpredictable. Why should Turkey take such a risk? Turkey would prefer reducing this risk by using political and diplomatic tools.

As negotiations have begun between the great powers, all these issues are likely being discussed. We must admit, however, that there are some problems in the negotiation process.

The president has visited Russia and just before that visit, some U.S. officials came to Ankara. Right after, NATO officials visited Turkey. Following the NATO officials, EU officials decided to fly to Turkey. In the same days, Russian and American officials kept negotiating. Russia has contacted Iran, the U.S. talked to Saudi Arabia; but the Saudis and Iranians never talk to each other. In other words, people talk to each other on a bilateral basis, then they meet with third players to explain what they have talked about earlier with all the others.

If we need a lasting solution in Syria, the U.S., Russia, Iran and all other involved players have to have open diplomacy. Just like when they did, some 20 years ago, to end the war in Bosnia.
RELATED TOPICS