Did a German minister really confess about Turkey? 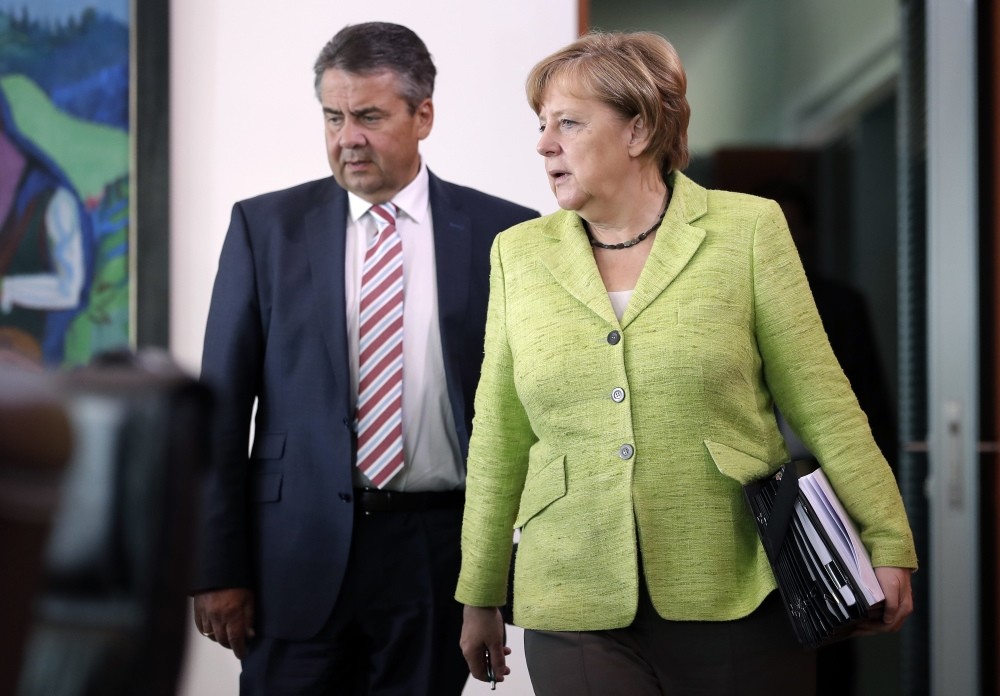 German Foreign Minister Sigmar Gabriel discussed the ongoing crisis between Turkey and Germany at a press conference last week in Berlin. Apart from addressing other topics, he said Germany had indeed reacted inadequately to the July 15 coup attempt, and that his country has failed to show sufficient solidarity with the Turkish people who defended their democracy on the night of the coup attempt. In other words, he admitted that Turkey's criticism of Germany is partly justified.

The positive tone Gabriel adopted indicates that Germany wants to put an end to the crisis through dialogue. He talked not only about the coup attempt, but also mentioned another sensitive issue for Turkey: PKK terrorism. He said he understands the Turkish government's call to prevent public expressions of support for the PKK in Germany, for example, by displaying posters of the organization's imprisoned leader Abdullah Öcalan at political rallies. He also mentioned the PKK's status as a terrorist organization according to German law.

Gabriel added that his government has no interest in further escalating the conflict with Turkey. We do not know, however, whether his statements at this press conference will be enough to repair the relationship. Ankara will probably wait to see whether Gabriel's views on the PKK lead to concrete outcomes: for example, whether or not the German security services and judiciary are more vigilant concerning PKK activities in Germany. Some people in Germany claim that even though the PKK as an organization is considered a terrorist group, all individuals connected to it cannot be prosecuted automatically. According to them, this is due to the fact that those individuals must first commit a crime in Germany. Nevertheless, they must explain why this soft attitude towards PKK-related individuals is not adopted when al-Qaida or Daesh are involved instead. As long as this double standard continues, Gabriel's comments will not be enough to heal bilateral relations.

On the other hand, Gabriel stated that his government is ready to cooperate with Turkey in prosecuting Gülenist Terror Group (FETÖ) members. He added, however, that they cannot simply order people to be apprehended and extradited. He made the point that in Germany, rule of law and the usual legal procedures must be respected in all circumstances. He claimed that Turkey has not been able to present enough proof regarding the people it wants extradited, but he did not explain why, if so many are innocent, so many Turkish officers have sought asylum in Germany. He is certainly well informed regarding the ongoing coup trials in Turkey, so he cannot be completely unaware of the existing evidence in Turkey.Maybe in their case, too, the German authorities will finally say that the individuals in question have not committed any crime while in Germany, so they cannot be considered criminals. Moreover, Gabriel pointed out that Germany cannot extradite anybody if Turkey intends to punish them "in a way unacceptable to Germany."

There is a clear lack of understanding here, maybe because there has never been such a coup plot in Germany. Gabriel admitted that they do not totally understand Turkey's sensibilities, and his words prove that they still do not fully comprehend the situation.

Turkey is going through a very turbulent period and the administrative, legal and social traumas caused by the coup attempt are still evident. It would be nice if Germany were to help Turkey overcome these traumas. Germany's lack of understanding only provokes more mistrust of Berlin in Turkey. If mistrust grows, many secrets could be divulged, for example, the real reason why a German journalist has been arrested and held in prison.

The tensions between the two countries may prove useful in the short term, especially during an election campaign. However, lasting tension will not be beneficial to anyone, as the mistrust between the governments may transform, with time, into mistrust between societies.