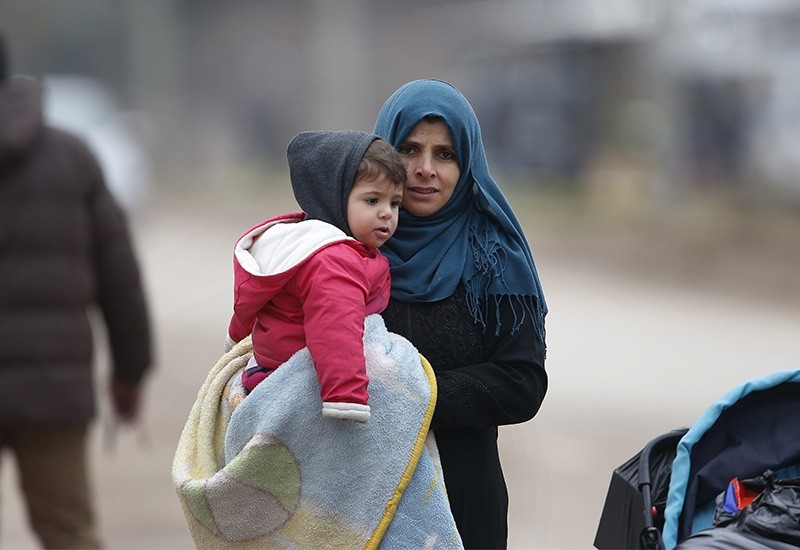 Operation Olive Branch, if it reaches its goal, will pave the way for Syrian refugees in Turkey to return to their homes years after feeling the civil war

Since the beginning of the conflict in Syria in 2011, scores of people have lost their lives. Estimates vary according to different sources and while some say 400,000 Syrians have died, others claim the number is much higher, maybe 600,000, or even 1 million people. Moreover, millions have fled their country becoming refugees, and many more millions have become displaced but remain in Syria.

According to experts, almost 15 million Syrians had to abandon their homes since the beginning of the war, and 5 million to 6 million of them have had to leave their country, seeking asylum abroad. As you may know, Turkey is one of the countries that has received large numbers of refugees. According to the Turkish Interior Ministry, the number of Syrians who currently live in Turkey is 3,424,237. Some nongovernmental organizations, however, claim the real number is much higher than the official figures, and must be around 4.5 million.

The point is, since early 2017, some Syrian refugees are looking for ways to return home, as they believe the war is nearing its end. Again, according to Turkish officials, 188,250 Syrians have left Turkey in 2017 to resettle in their home country. It seems that those who want to return home appeal to the local authorities in Kilis who provide them free bus services to the Syrian border. Officials in Kilis say they happen to send up to 200 people to Syria each day.

Those Syrians did return home in 2017, thanks to Turkish Operation Euphrates Shield. Thanks to the Turkish army's efforts, people saw that large swathes of Syrian territory were now secure. In other words, when people are assured that their hometowns are now calm and secure, they want to go home as soon as possible. This is especially true if we are talking about the low-income segment Syrian refugees. Because, to be honest, those Syrians who had enough financial means have already settled in Western countries with no intention whatsoever of going back, even though those rich people are only a small minority.

Since the beginning of Operation Olive Branch, the number of Syrian refugees who hope to return home is growing. Moreover, this is not only about wanting to return home, as some Syrian men in Turkey are asking the Turkish authorities to be given weapons, because they want to fight against terrorist groups in Afrin along with the Turkish army. It is noteworthy that these volunteers are Syrian nationals from all ethnic and religious backgrounds, including Kurdish. The Turkish press has also reported about Syrian Kurdish women, who found shelter in Turkey as refugees, and who pray for the success of the Turkish Armed Forces (TSK).

It is obvious that once they believe their country regained some stability, most refugees will seek ways to return home. Some people may be asking why they have not returned until now or why they did not fight back then but rather fled their country. However, back then, these civilians were under pressure from several different armed groups, and it was not even clear who was fighting who. Nevertheless, today, they trust Turkey's ability to bring stability and they know Turkish troops have not entered Syria to occupy their land, but to lay the grounds of the post-war period.

Everyone hopes to see the end of the fighting as soon as possible; nevertheless, silencing the guns does not mean the end of the Syrian crisis. We also have to think about the reconstruction process, and Turkey seems to be the only one who has concrete proposals for Syria's reconstruction. That, too, explains, why Syrian refugees trust Turkey.

If more safe zones can be put in place quickly, experts say at least 20 percent of Syrian refugees in Turkey will hit the road at their earliest opportunity. Even this proves how precious long-lasting solution proposals are.