What if the US pulls out of Syria? 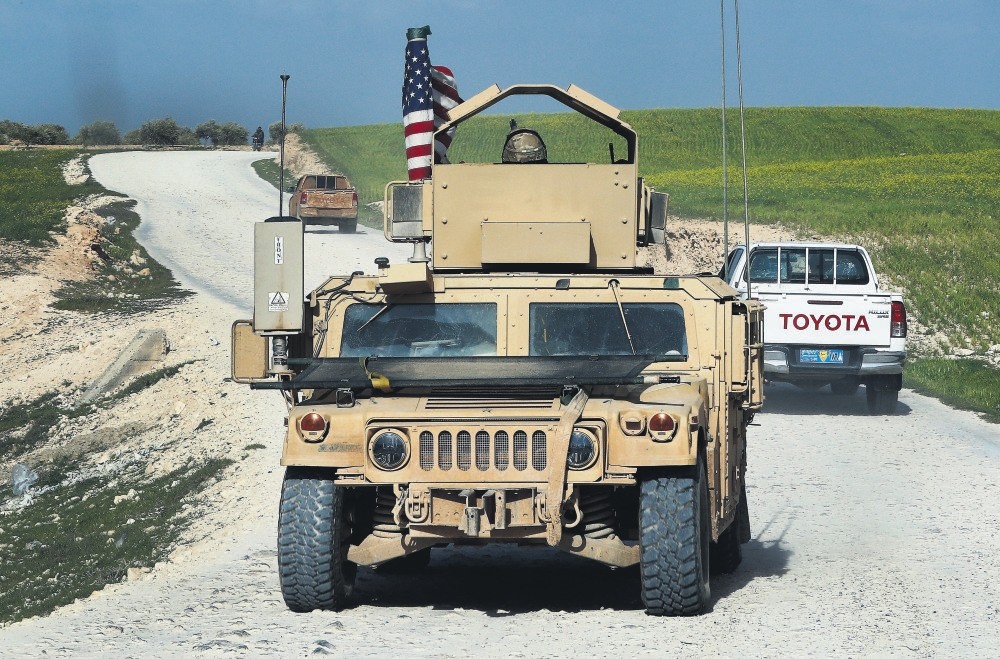 Following President Trump's recent statements, there is a possibility the U.S. could replace its forces in Syria with a power it favors

U.S. President Donald Trump surprised everyone once again by saying that his country would withdraw its troops from Syria "very soon," contradicting the Pentagon's decision to send a new round of troops to the operation zones. Maybe nobody knew in Washington that Trump would make such a statement. Given the reactions, either the president made the decision all on his own or he just announced it too soon.

We know that sooner or later the U.S. will have to reduce its military presence in Syria. So, in a sense, Trump is saying the truth. His mistake was probably to disclose the decision too early. A U.S. withdrawal does not mean, of course, that all U.S. soldiers, without exception, would leave Syria. We remember what happened in Iraq when most U.S. troops did pull out, but some military elements remained in order to instruct local troops. While pulling out, the U.S. would also like to have some partners it trusts to ensure some sort of stability in Syria afterward.

That is the problem, though. Who would be able or willing to replace U.S. troops? It is easier to find out whom the U.S. does not want to replace its troops. For example, Washington would never want Iran to benefit from a U.S. withdrawal, nor would it want to give more space to Russia in Syria. Therefore the U.S. will be careful not to create a power vacuum when it leaves. The U.S. cannot turn to Israel, either, because with Israeli involvement, the problem could only become more complicated. This is true for the Saudis, as well, as no one would take the risk of war between Saudi Arabia and Iran at the moment.

Trump would not refuse Turkey establishing safe zones on the Turkish-Syrian border area. Nevertheless, he probably notices that the U.S. cannot leave all the areas it controls right now to regional powers' care, as it would exacerbate regional power struggles. In order to find a replacement, the U.S. has no other choice than to turn to its allies outside the region.

The U.S. would not transfer its influence zone in Syria to Germany. Instead, Washington seems to have decided that France could be a good partner. Maybe the U.S. also thought that Turkey would prefer to cooperate with France rather than Germany facilitating the process. This would have been a good idea, but France's efforts to pull the People's Protection Units (YPG) to their side has made Ankara quite angry. It seems that relations between France and Turkey are not as good as we are being told.

We do not know if France has decided that its role in Syria must be bigger on its own, or if it was a U.S. suggestion. Maybe there are other players who first proposed France to the U.S. Maybe the whole thing is Russian President Vladimir Putin's idea, because if Russia would have to choose a European country to cooperate with in Syria, it would pick France, for sure. Paris keeps good relations with Moscow despite everything, and tries to normalize EU-Russian relations. France also knows Syria very well, the latter being a French mandate nearly 100 years ago. In brief, both the U.S. and Russia could trust France as being a buffer between them in Syria.

However, there is certainly another player who will try to benefit from Ankara's harsh reaction to France over the YPG and makes sure that the U.S. forgets about using France as a replacement in Syria. Maybe this third country, because of its very tense relations with Russia right now, does not want the U.S. and Russia to develop an understanding that would serve Russia's interests in the long run. It may present itself to the U.S. as the only power that can limit Russian influence in the Middle East, so Washington would agree to let it take over the Syrian file. That country is probably the one that knows the Middle East better than any other Western power.