No winner in the Turkish-US diplomatic strife 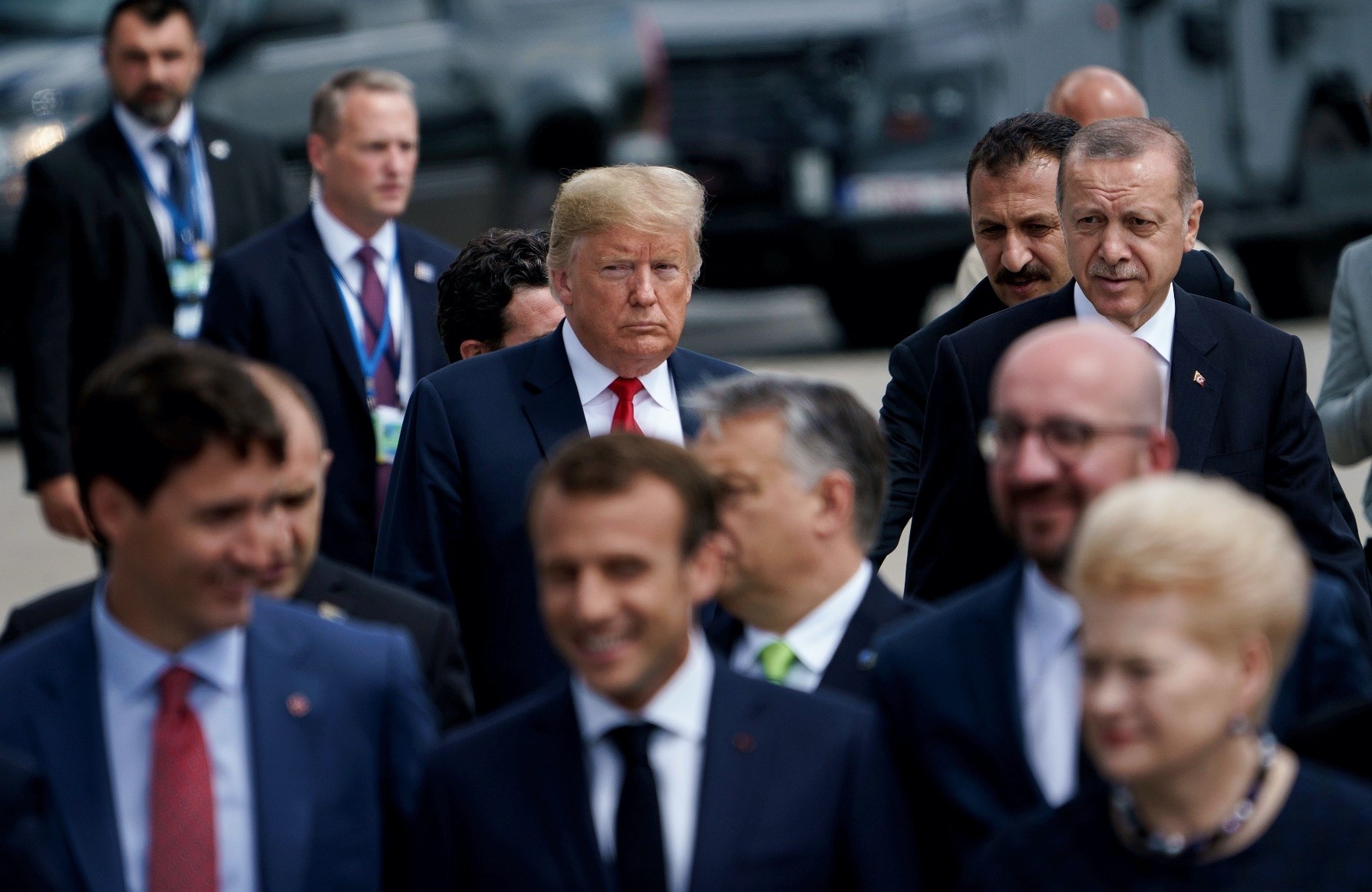 Talking about the Turkish-American crisis over Pastor Andrew Brunson, Foreign Minister Mevlüt Çavuşoğlu said, "We believe in a solution through negotiations." It appears the two countries assess the Brunson case through completely opposite lenses. The U.S. administration is claiming that an evangelical religious figure is being held hostage in a Muslim majority country just because of his religious ministry. Turkey says that the ongoing trial is not about Brunson's religious beliefs, but about his suspicious contacts. These include American soldiers, who have been in Syria distributing weapons to the PKK, and people involved in the July 15 coup attempt.

Turkish officials must know for sure that he was in contact with those people, otherwise why would they take the risk of arresting a U.S. citizen, moreover a pastor, knowing that this would provoke some kind of reaction? This tells us that the Turkish side must have solid proof at hand.

We can guess Brunson was not only conducting a religious mission and he certainly had some business with the U.S. intelligence community. This is not that shocking. "Officially," intelligence officers are often priests, tourists, journalists or archaeologists. The point is, working for the intelligence agencies does not get you arrested promptly. Every country knows foreign intelligence agents operate in their country; they are followed and their moves are recorded. This helps observe whom this agent is talking to, and what he is up to. However, if it becomes obvious that the person in question is not just collecting information, but is actively involved in harmful activity, no country will tolerate that. This is what happened to Brunson, and this is why the U.S. is so insistent on getting him back.

Nevertheless, the U.S. is not insisting just because Brunson is a precious element; there are other reasons, as well. No one knew about Brunson before he got arrested, but his name is all over the international press now, as the so-called symbol of persecuted Christians. It is obvious that he will be greeted by crowds when he, one day, returns to his country. U.S. President Donald Trump wants to make sure he does return before the mid-term elections in November. The administration made sure Brunson becomes a hero, because they know that saving a persecuted pastor from a Muslim country will appeal to their base.

We have to admit that Turkey did contribute to making him a hero, so instead of sanctioning Turkey, Trump should reward it. Turkey has no interest in putting Trump in a difficult position right before the elections, but it wants the U.S. to finally do something about the PKK and the Gülenist Terror Group (FETÖ). However, the U.S. is still dragging its feet, and prefers sanctioning Turkey instead. The U.S. has decided to freeze assets of two Turkish ministers, while Turkey did the same for two American ministers in retaliation.

As a matter of fact, these ministers have no assets whatsoever in the U.S. Thus the sanctions have a more diplomatic meaning than a practical one. Besides, the U.S., by imposing these symbolic sanctions, conveys the message that more sanctions may be coming.

We can't deal with all the vital problems in Turkish-American relations through the Brunson case. Moreover, Trump's methods are only pushing targeted countries to resist, as we saw in many cases, including Russia. When countries decide to resist, Trump increases pressure, which is creating quite an aggressive climate. If the U.S. is going to conduct its foreign relations only by aggressive methods and by offending other countries, why would it need a foreign policy or diplomats? They can just hand everything over to the military, and they can threaten everybody more efficiently.

Maybe the U.S., too, will see that there is no winner in the long run with harsh methods, and that's why we have to believe in the power of negotiation.