Imams in Germany and the European Islam project 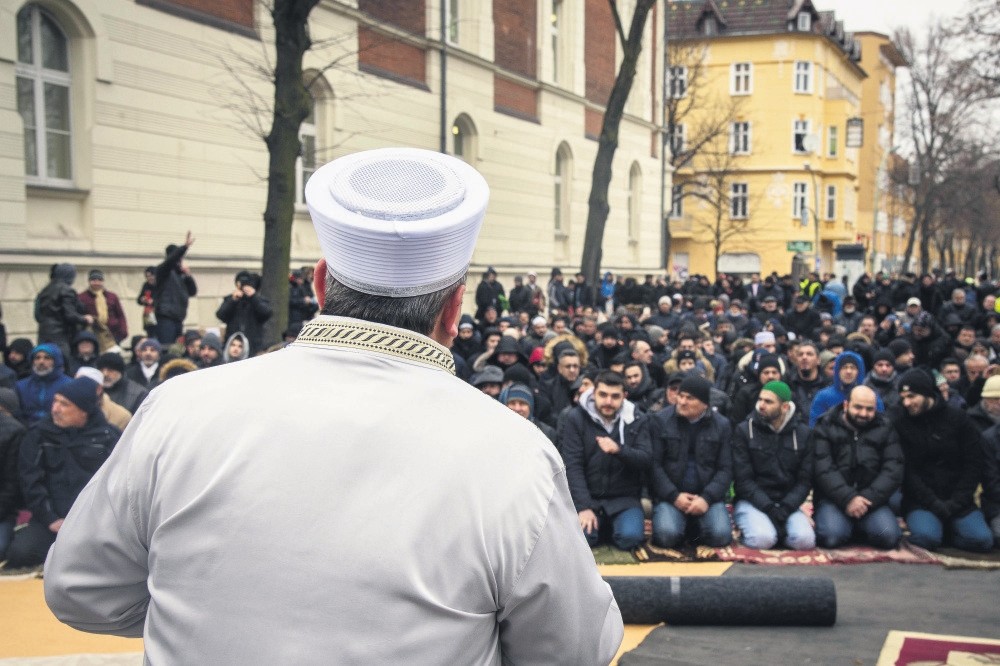 A Turkish imam addresses the Turkish-German community prior to the Friday prayer, in the street in front of the Koca Sinan Mosque, Berlin, March 16.
by Beril Dedeoğlu Dec 18, 2018 12:00 am

The education of imams is an old debate in Germany. Different German governments have been in favor of training local imams who would serve in Germany. The main motivation, of course, is to prevent imams who work in Germany from being sent by foreign countries, or paid by them.

The German government insistently prefers the local training of imams for three main reasons. First, Germany believes some of the imams who are paid by foreign countries are in fact intelligence operatives. In other words, considering foreign religious leaders, such as imams or priests, as spies is not exclusive to Turkey. Even in Germany, which is a democratic country, the authorities believe that religious figures affiliated to foreign countries may be working for foreign interests.

The second reason is the belief that foreign imams are turning Germany's Muslims into radical Islamists. It is not easy to know what imams from different countries are doing exactly in Germany, but as for Turkish imams, they are not aiding radicalization, on the contrary.

Of course, the term radicalization can be widely defined, and every country interprets the word differently. However, one may say that radicalization refers to using religion to justify violent actions. It is imams from Turkey who are the ones who try to explain that Islam must never be used to justify terrorist actions.

The main objective of the Turkish imams who serve in Germany is to reinforce the faith of Muslims who live in Germany. The second objective is to make sure that Germany's Muslims of Turkish descent keep a connection to their motherland. There are no surprises there, as it is expected that Turkish imams will help their countrymen strengthen their community's Islamic faith and Turkish identity.

For some time now, Turkish imams sent to Germany have had another very important mission: to fight the Gülenist Terror Group's (FETÖ) propaganda and campaign. They try to protect the local Turkish-Muslim community from this bloody group's vicious activities. We don't know if the German government would prefer illegal imams affiliated with FETÖ to continue their activities freely. If this is the case, it is certainly not a decision motivated by freedom of religion, but by other considerations.

The third matter is the will of some European countries, and especially of Germany and France, to create a "European Islam." These countries believe that Islam, as it is, is not compatible with European values and they have tried to find a way to "modernize" it. The purpose is to make Muslims not look like Muslims while they are practicing their religion, in order to make sure that other Europeans do not feel threatened. In other words, they want Muslims to become invisible. One pillar of this policy is to insist on the training of imams in Germany.

European countries often criticize the Turkish authorities because of the way they treat non-Muslim populations who live in Turkey, but now Germany is doing the same thing regarding its Muslim population. This is a paradox, as the Europeans have always asked Turkey to adopt a pluralist view with regards to minority religions.

The truth is, the German government's interventions into religious practices has the potential to provoke reactions. Those who try to prevent radicalization may be the ones who will, at the end, provoke it.

There is a problem with rising nationalism and xenophobia in Europe. Governments sometimes believe that putting pressure on immigrant populations will calm down the nationalist segments in their countries. They are only creating additional problems which will be harder to deal with in the future.