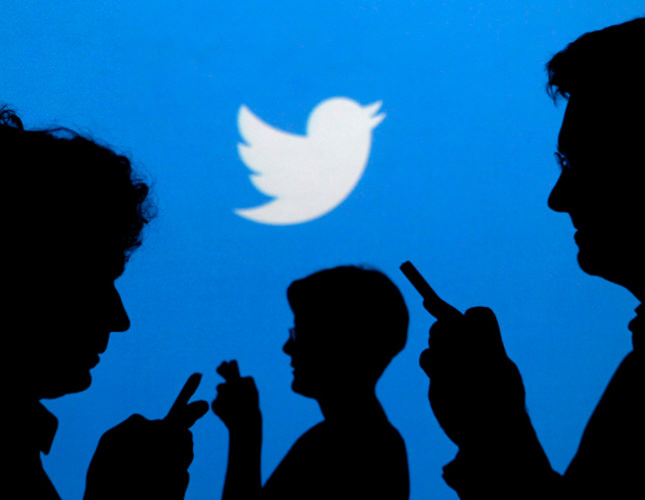 by Doğan Eşkinat Feb 25, 2014 12:00 am
For a brief period last week, analysts and enthusiasts kept an eye on unlikely data in addition to traditional indicators such as currency rates, interest rates and the stock market- the number of President Abdullah Gül's followers on Twitter. The Turkish president lost almost 80,000 followers after announcing last Tuesday that he signed into law a bill that Internet rights activists described as the dawn of online censorship. Although the hashtag campaign (#unfollow@cbabdullahgul) had limited real-life impact, it nonetheless attested to social media's undeniable emergence as a political force. And while election campaigns across the nation continue to rely on traditional channels such as banners, posters and handouts, the ever-growing popularity of Twitter manifests the microblogging service's potential as a campaign tool for the future.

Although the world first discovered Twitter's political potential during the 2009 Iranian election protests and the Arab Spring revolutions in Egypt and elsewhere, the social networking website failed to penetrate Turkey's political mainstream until the Gezi Park protests last summer. Ever since, the list of trending topics on Twitter in the country-a long-contested battleground between Beliebers and One Direction fans-has regularly featured hashtag campaigns from various political groups.

In truth, Twitter's growing popularity not only reflects the opposition's deep-running distrust about mainstream media and parliamentary politics, but also attests to the significant growth in computer literacy over the past decade. According to Internet World Stats, over 35 million regular users in Turkey control 32 million Facebook profiles and nearly 10 million Twitter accounts. Despite need for infrastructural improvements to increase broadband download speed, there is little doubt that the Internet plays a considerably larger role in the average citizen's life. And with local elections around the corner, many wonder how relevant Twitter will prove to campaign efforts. Here are a few (admittedly imperfect) projections on key mayoral races:

In a less-than-ideal universe where Twitter would settle the mayoral race in secularist stronghold Izmir, AK Party candidate Binali Yıldırım's 216,000 followers would have made the election feel like a walk in the park for the former cabinet member who resigned last December to pursue his longstanding dream. Meanwhile, CHP candidate Aziz Kocaoglu's campaign seems to desperately need a new social media outreach strategy as the two-term incumbent's mere 31,000 followers fail to do justice to his popularity.

When it comes to Twitter and politics, of course, it would be a crime not to mention Ankara's controversial mayor Melih Gökçek, whose social media efforts seem to be the only thing casting a shadow on his impressive track record of 4-0 in metropolitan elections since 1994. Compared to Gökçek's stunning 1.4 million followers, which effectively makes him a national celebrity, 2009 runner-up and 2014 hopeful Mansur Yavas of the CHP enjoys the company of 40,000 members of Twittersphere.

Even though more and more Turks gain access to the Internet in their homes and on their smartphones, it remains to be seen how accurately social media represents the real life when it comes to politics. Based on Twitter data, it would seem that AK Party politicians have outperformed their competition in terms of social media strategy. Often, however, observers notice a certain level of discrepancy between Twittersphere's political priorities and popular concerns, a situation that stems from the microblogging site's popularity among devoted partisans as opposed to ordinary folks. As such, it would be an exaggeration to claim that Twitter and social media in general serves as a leading point of contact between political figures and voters. Political parties and interest groups cannot afford, however, to lag behind in developing their outreach strategies as Twitter's potential will begin to unfold sooner rather than later.